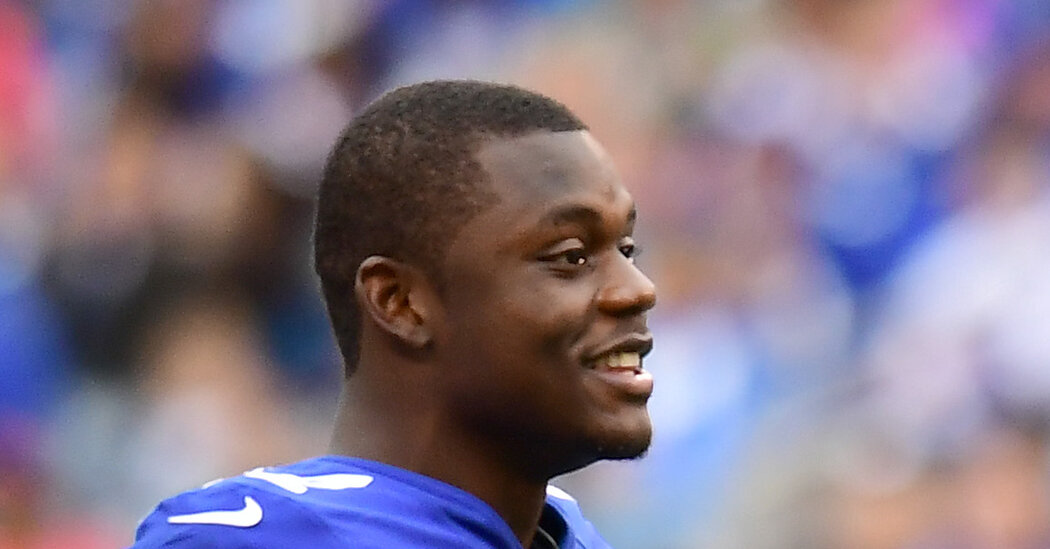 The lawyer representing three men who accused two N.F.L. players of robbery and assault in Florida was arrested on Monday morning and charged with attempting to extort roughly $800,000 from one of the athletes in exchange for having his clients alter their testimony.

Four men accused the players of robbing them at gunpoint at a cookout on May 13, but three of them later recanted their testimony and the fourth refused to answer prosecutors’ questions, according to a statement from the Broward County state attorney.

William A. Dean, 50, the managing partner of the Florida law firm Ford, Dean & Rotundo, was charged in Broward County on Monday with soliciting payments for three clients in exchange for their changing their testimony or ceasing to cooperate with prosecutors. A woman who answered the phone at Ford, Dean & Rotundo said Mr. Dean was unavailable to speak. Further calls asking the firm for comment on Mr. Dean’s arrest resulted in the line being disconnected.

The charges stem from the incident in May in Miramar, Fla., where, witnesses claimed, three men robbed people at a cookout of $70,000 in cash and jewelry after one of the men pulled a gun. The witnesses identified New York Giants cornerback DeAndre Baker, Seattle Seahawks safety Quinton Dunbar and a man wearing a red mask as the perpetrators. The man in the red mask was never identified, and charges against Mr. Dunbar were dropped in August, according to The Miami Herald.

Mr. Baker, 23, whom the Giants selected as the 30th overall pick of the 2019 N.F.L. draft and started in 15 of 16 games in his rookie season last year, was charged on Aug. 5 with four counts of armed robbery and four counts of aggravated assault. He was released by the team in early September. On Monday, Broward County prosecutors dropped all charges against Mr. Baker.

A spokesperson for the New York Giants declined to comment via email. Mr. Dunbar, 28, still plays for the Seattle Seahawks, but the team announced on Nov. 13 that he was out with a knee injury.

The case against Mr. Baker unraveled as the men who accused him began to change their story, or became uncooperative altogether. According to the Broward County Sheriff’s Office, Mr. Dean came under investigation in August after information emerged that he was trying to extort Mr. Baker.

“The alleged victims and the known witnesses have become uncooperative and their credibility is inalterably tarnished,” Assistant State Attorney Paul R. Valcore said in a statement on Monday. One of Mr. Baker’s accusers refused to answer questions, and prosecutors moved to have that accuser held in contempt of court, Mr. Valcore said.

The Broward County Sheriff’s Office said on Monday that investigators believed that Mr. Dean wanted Mr. Baker to pay each of his clients more than $266,000 in exchange for either changing their testimony or refusing to cooperate further with prosecutors in the case. “Evidence in the case reveals that Dean told Baker’s attorney that his clients would do ‘anything you want, so long as the money is right,’” the sheriff’s office said in a statement.

Citing a continuing investigation by the Broward State Attorney’s Office and the Broward Sheriff’s Office, a spokeswoman for Broward County declined to comment further about the case against Mr. Dean.

Bradford Cohen, Mr. Baker’s lawyer, said on Monday that his client was the victim of a shakedown, and that Mr. Dean had originally sought $1.5 million. No money ever changed hands, Mr. Cohen said.

“These guys wanted money to go away,” Mr. Cohen said of the men who accused Mr. Baker, noting that the accusers’ testimony changed over time. “I hope the N.F.L. will look at this case and let cases play out before they decide to suspend a player.”

Asked why the case was filed against Mr. Baker when there supposedly were dubious witnesses, Mr. Cohen said: “Because it was a high-profile case. Your fame is a detriment when you have a criminal case against you.”