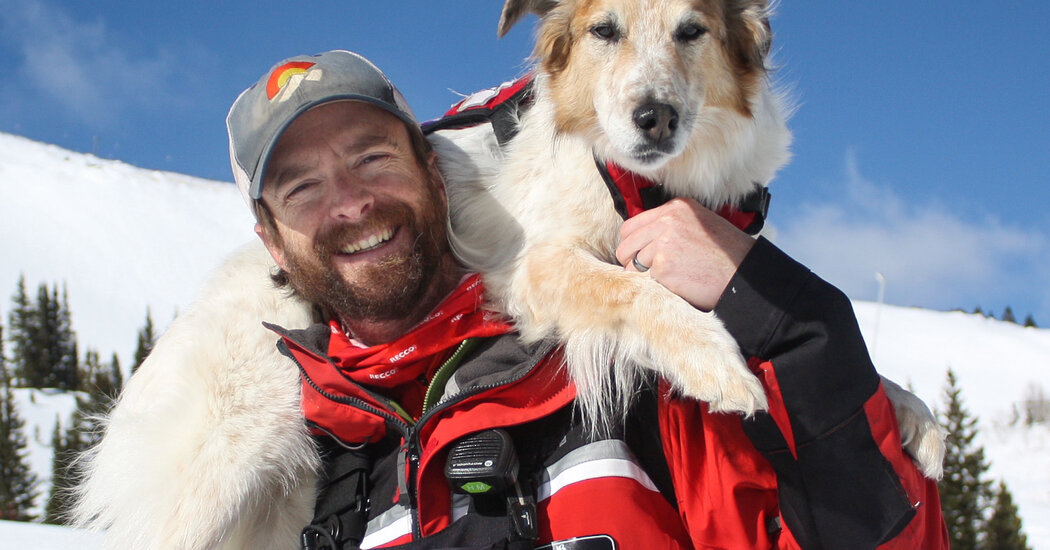 Members of ski patrols nationwide are known for their beards, but many have shaved them to wear masks in the pandemic, causing good-natured angst.

They were losing their beards.

Cammarata, who oversees the ski patrol for an area in the Rocky Mountains west of Denver, had to clamp down on the facial hair so that the patrol could properly wear their N95 respirator masks for protection in the coronavirus pandemic.

But he knew this would be a tough measure to accept for the men on his crew (47 of the resort’s 56 patrollers). For the vast majority of them, beards and the ski patrol go together like snow and the mountains.

“You could tell people they’re not getting a merit increase, that you’re cutting their skiing privileges,” said Cammarata, the Arapahoe Basin Ski Area operations director. “It’s not as bad as telling them they have to shave. The whole beard thing is ingrained in our culture.”

The masks are required this season. And they fit much better without the facial hair.

“You need to have a good, tight seal,’’ said Dr. Kendrick Adnan, the medical adviser for the Arapahoe Basin, Copper Mountain and Keystone ski resorts and a former ski patroller himself. “Facial hair will interfere with that and put that ski patroller at risk.”

“I’ve known many ski patrollers whose facial hair is near and dear,” he added. “This year is going to be painful for them.”

Painful doesn’t quite capture it.

“It was shocking,” said Hunter Mortensen, a longtime Breckenridge ski patroller who recently shaved for the first time in 10 years. “It was like that jumping-in-a-cold-lake-feeling the first time the wind blew.”

His colleague Ryan Dineen, who has not owned a razor since 2005 and whose wife has never seen him without a beard, agreed that hearing about the new shaving protocol was jarring.

“The kneejerk reaction was, how dare you? This is who I am,” Dineen said, preparing to succumb to the razor in the coming days. “I might have to FaceTime with my dad so he can reteach me how to use a razor.”

Ski resorts are trying to recover from a spring season cut short by virus lockdowns. Skiers now face a range of precautions including mask requirements, social distancing measures on lifts, reservation-only time on slopes and some closed indoor dining spots.

By and large, ski patrol members cutting their beards see it as a small inconvenience for the sake of safety and keeping the slopes active. But all the shaving has come with some peculiarities.

In ski areas like Arapahoe Basin, about 80 percent of the male patrollers have had to drastically change (or introduce) shaving regimens. A chart issued by the Centers for Disease Control and Prevention highlighting the variety of facial hairstyles permitted with a fitted respirator mask has become a go-to resource.

“It’s one of the funniest government-issued documents I’ve ever seen,” Cammarata said. “It’s a pictogram with 40-plus styles of facial hair. They’ve named them all. We’ve always had a long tradition of hiring these Viking-looking men to do this job. When I showed them this chart, we all laughed hysterically. We’ve been trying to keep it pretty lighthearted. People started showing up with some ridiculous facial hair.”

“It’s like Mother Nature’s neck gaiter,” said Drew Kneeland, the patrol director in Jackson Hole, Wyo. “Also, it’s funny how people look at you differently if you have a beard or not. For some reason, people don’t question someone with a beard as much as if they’re clean-shaven. It becomes part of your identity and how you interact with the world around you.”

And if Kneeland is being honest, “if you’re skiing deep powder and you come down to the bottom and have a face full of snow, it’s kind of fun.”

For Rick Hamlin, a National Ski Patrol historian who has covered Vermont’s Smugglers’ Notch for 48 years and has rocked a bushy mustache since 1979, the prospect of shaving is something he is willing to put up with in order to continue doing what he loves.

“I’d be sad about it, but given the choice between patrolling and having facial hair, I would definitely do it,” Hamlin said. “One thing you can say about patrollers everywhere is they’re used to adapting and doing whatever is needed to get the job done.”

Mark Hardy, longtime patroller at Alpental, Wash., expects initial grumbling among his notoriously hairy co-workers, but said it won’t be unlike other safety measures that have come into play over the years.

“They made us all switch to helmets several years ago,’’ he said. “I thought there would be an uprising.”

Mike O’Hara, a ski patrol supervisor at Killington, Vt., recently shaved the beard he had sported for nearly 30 years.

“We have a few patrollers whose beards are older than some of their co-workers,” he said. “After the initial shock of learning the new shaving protocol, most patrollers understood it’s a small step to take to help ensure the safety of ourselves, our families, our company and the community as a whole.”

And, really, it’s a small step considering the gravity of the pandemic.

“I’m not a frontline doctor in an E.R. who has to wear an N95 all day,” Dineen said. “I don’t live in a city. There’s a lot of things about Covid that haven’t impacted us here. As much as we love our facial hair, we love what we do more. This beard will come back. Maybe I’ll shave it and think, man, I look like an adult for the first time in my life.”

And many patrollers are finding a silver lining. “Most of us look a lot younger and less weathered,” Mortensen said.

“The beard has been part of our iconic look. There are going to be some grown men with separation anxiety for a little while. They might need a big hug every now and then.”