As the coronavirus swept across the world, it picked up random alterations to its genetic sequence. Like meaningless typos in a script, most of those mutations made no difference in how the virus behaved.

But one mutation near the beginning of the pandemic did make a difference, multiple new findings suggest, helping the virus spread more easily from person to person and making the pandemic harder to stop.

The mutation, known as 614G, was first spotted in eastern China in January and then spread quickly throughout Europe and New York City. Within months, the variant took over much of the world, displacing other variants.

For months, scientists have been fiercely debating why. Researchers at Los Alamos National Laboratory argued in May that the variant had probably evolved the ability to infect people more efficiently. Many were skeptical, arguing that the variant may have been simply lucky, appearing more often by chance in large epidemics, like Northern Italy’s, that seeded outbreaks elsewhere.

But a host of new research — including close genetic analysis of outbreaks and lab work with hamsters and human lung tissue — has supported the view that the mutated virus did in fact have a distinct advantage, infecting people more easily than the original variant detected in Wuhan, China.


How the Mutation Spread

The 614G mutation, first spotted in eastern China, started as a small percentage of all genetic samples but spread quickly around the world, displacing other variants. 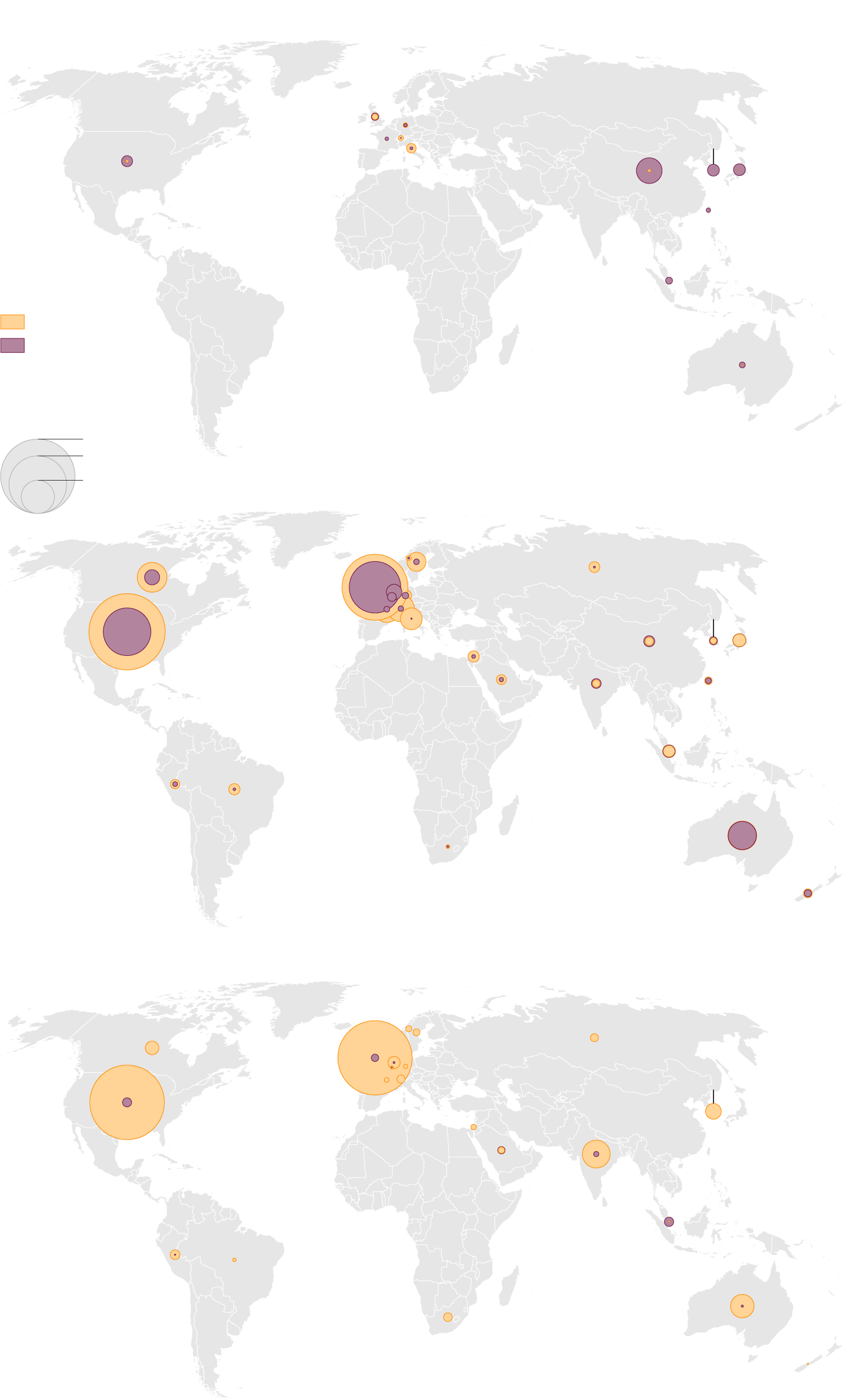 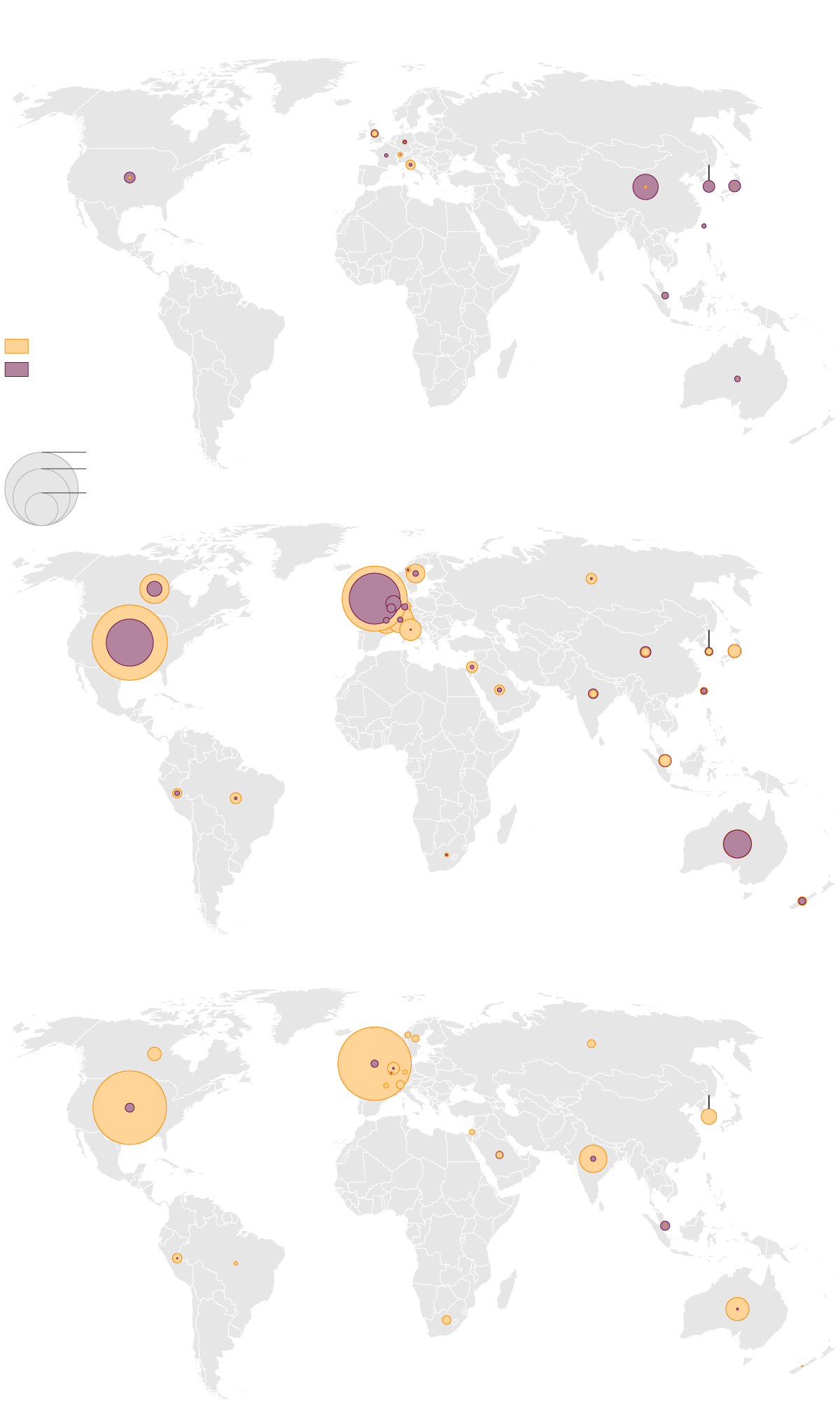 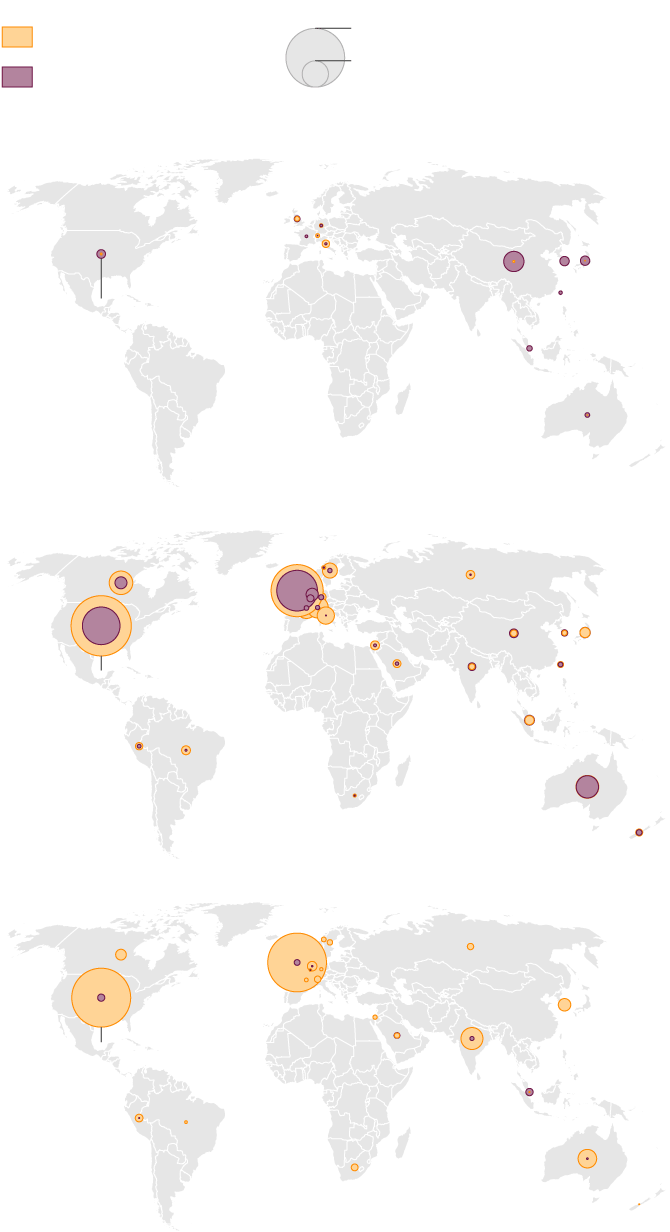 There is no evidence that a coronavirus with the 614G mutation causes more severe symptoms, kills more people or complicates the development of vaccines. Nor do the findings change the reality that places that quickly and aggressively enacted lockdowns and encouraged measures like social distancing and masks have fared far better than the those that did not.

But the subtle change in the virus’ genome appears to have had a big ripple effect, said David Engelthaler, a geneticist at the Translational Genomics Research Institute in Arizona. “When all is said and done, it could be that this mutation is what made the pandemic,” he said.

The first outbreaks of the virus would have spread around the world even without the mutation, believe most researchers, including Dr. Engelthaler. The original variant spotted in Wuhan, China, in late 2019 was already highly contagious, he said. But the mutation appears to have made the pandemic spread further and faster than it would have without it.

Scientists are especially cautious in this area of virology.

Lab studies found that mutations of the Ebola virus, which spread in West Africa starting in 2013, increased infectivity in tissue culture. But that conclusion did not translate to increased transmission in lab studies with animals. And some experts said the effect of the 614G mutation might be modest compared with other factors, like social distancing rates.

But the new evidence, from research groups in the United Kingdom and the United States, has changed the minds of many scientists who were initially skeptical.

One study found that outbreaks in communities in the United Kingdom grew faster when seeded by the 614G variant than when seeded by its Wuhan ancestor. Another reported that hamsters infected each other more quickly when exposed to the variant. And in a third, the variant infected human bronchial and nasal tissue in a cell-culture dish far more efficiently than its ancestor.

Trevor Bedford, associate professor at the Fred Hutchinson Cancer Research Center and the University of Washington, said that the collection of findings from different lines of research had won him over.

“My being convinced comes from seeing the same thing repeatedly,” Dr. Bedford said. “I think at this point that it is real.”

While impressed with the new work, Dr. Bedford and other scientists said it was still unclear if an inherent advantage was the main reason for the global dominance of the variant.

Kristian Andersen, a geneticist at Scripps Research, La Jolla, said the research did show that the variant is more transmissible, but he believes the difference is subtle.

Even so, Dr. Andersen said that the variant’s higher transmissibility could help explain why some countries that were initially successful in containing the virus became susceptible to it later. The virus may have been “harder to contain than the first time around,” he said.

“What you used to do may not be quite enough to control it,” Dr. Andersen said. “Don’t necessarily expect that the enemy of two months ago is the enemy you have the next time.”

Around the world, the emergence of 614G has generated both serious scientific debate and largely political blame dodging. Government officials in Vietnam and Thailand, which fared well in containing the ancestral strain despite an influx of Chinese visitors early in the year, have suggested that the later outbreaks may have been partly the result of the 614G virus.

Thailand has kept both variants of the virus under control over the past year through the strict quarantining of returnees, a ban on foreign tourists, masks and other measures, said Thira Woratanarat, an associate professor in the faculty of medicine at Chulalongkorn University in Bangkok. Still, he said, resurgences in the region are concerning.

“We have seen several countries, like Vietnam, South Korea and Japan, that seemed to have it under control,” Dr. Thira said. “But then there was a second wave.”

In Vietnam, he said, the virus with the 614G mutation was first confirmed in the central coastal city of Danang after about 100 days with no reported cases of local transmission. An outbreak quickly spread to 10 cities and provinces. In Singapore, he said, the mutated virus spread in crowded dormitories for migrant workers.

“When the mutated virus lives in big groups, it spreads faster and makes it much more difficult to control,” he said.

But other researchers said that a lack of proper containment measures, not the mutation, is largely to blame for resurgent outbreaks.

“The reason this is spreading is people are not having enough measures in place,” said Kari Stefansson, founder and chief executive of deCODE Genetics, a leading genome analysis firm based in Iceland. “It seems like extraordinarily poor politics to blame the inadequacies on the virus. They should be picking on someone their own size, not this tiny virus.”

In one of the new studies, a British team of researchers had an advantage shared by no one else: They were able to draw upon the largest national database of coronavirus genome sequences in the world. The researchers collected new evidence that, at least in the United Kingdom, the variant took over because it indeed spreads faster.

“When we look at clusters, the G variant grows more quickly,” said Erik M. Volz, a researcher at the Medical Research Council Center for Global Infectious Disease Analysis at Imperial College London and the leader of the study.

The data collected by the Covid-19 Genomics U.K. Consortium allowed the team to observe the growth of infected clusters as a kind of horse race. Side by side, did clusters of 614G infections grow faster than infections involving the ancestral variant?

The 614G variant clearly won the race, the analysis found. The precise rate remains uncertain, but the most likely value gives 614G roughly a 20 percent advantage in its exponential rate of growth.

“This is exactly the kind of analysis that needed to be done, and it provides more support for G being more transmissible” than the ancestral virus, said one of the researchers, Katharina V. Koelle, an associate professor of biology at Emory University.

In a separate series of studies, a team led by Ralph Baric at the University of North Carolina tested live viruses, comparing the 614G variant with the ancestral version. In one, the team found that 614G viruses were more infectious in samples of human bronchial and nasal tissue, the most likely source of virus to be transmitted to others.

Another study, published in Science, found that the variant was more readily transmissible in hamsters when infected animals came within a few inches of each other. Scientists consider animal experiments a critical step to test whether a mutation that makes viruses more infectious in a lab dish also does so in a living population.

Dr. Baric’s team placed an infected hamster in a cage, adjacent to the cage of an uninfected one; the cages were several inches apart, so the animals could not touch one another. Any transmission could occur only through the air, in droplets or aerosols.

After two days, five of eight hamsters with the 614G variant had infected its pair. None of those with the ancestral virus had done so.

“When you take all the data together, everything is consistent with a system that increases infectiousness and transmissibility,” Dr. Baric said.

The virus will continue to change. and while most of those changes will be mere typos, some may be more meaningful, Dr. Engelthaler said. “There will be the possibility of additional alterations that change the nature of the pandemic,” he said.

Already, Dr. Engelthaler said, he has seen strong indications of such alterations in his own unpublished data tracking the spread of different variants in Arizona.

“We have to listen to what the virus is telling us,” he said.