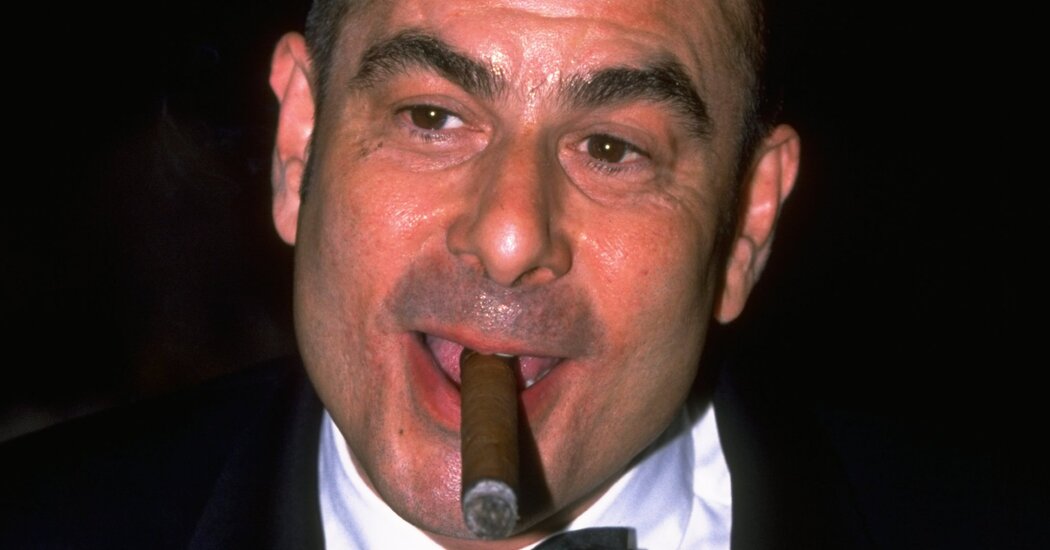 This obituary is part of a series about people who have died in the coronavirus pandemic. Read about others here.

LONDON — Eric Hall, Britain’s most extravagant soccer agent in the 1980s and ’90s, often confessed that he knew little about the sport.

Many said that was his greatest strength, even if it also led to the occasional mishap: He once negotiated a bonus for a player on the condition of scoring 10 goals, only to learn afterward that the player was a goalkeeper.

To negotiate more lucrative deals for his players, Mr. Hall would watch British soap operas on Saturdays while games were aired, but would still write down how many goals his players had scored. It was the sort of strategy that propelled his role in the explosion of large-sum transfers in the early years of the Premier League, England’s top-tier competition.

Mr. Hall died on Monday in London. Michael Hall McPherson, his nephew, who is also an agent, said the cause was the coronavirus.

Known for his catchphrase, “Monster, monster,” his love of cigars and his dazzling outfits, Mr. Hall had honed his negotiating skills in the music industry by promoting the likes of Queen and the Sex Pistols, and later applied similar codes to the rapidly changing world of British soccer.

“He took showbiz into football and looked at players as stars, which they weren’t really yet in the mid- and late 1980s,” Mr. Hall McPherson said. “And in the negotiation room, he was a lion.”

Mr. Hall was born on Nov. 11, 1947, in East London. He quit school as a teenager and went to work at a store on London’s Denmark Street, known for its recording studios and music shops. There, he befriended and packed parcels with Reg Dwight, who would go on to become Elton John.

Mr. Hall later worked as a publicist for the British record label EMI, promoting rock bands like T. Rex and Queen. In 1976, he arranged a television appearance for the Sex Pistols that gained lasting notoriety when the band’s guitarist used an expletive against the show’s host, a rare action at the time.

The agent long claimed that Freddie Mercury had written the song “Killer Queen” about him, even though Mr. Mercury himself had said the tune was about a call girl. “The truth is, I’ve been telling that story for so long that I’m not really sure myself, but Freddie would’ve loved it either way,” Mr. Hall McPherson recalled his uncle saying.

His uncle had always been attracted to showbiz, Mr. Hall McPherson said. “He became famous from creating celebrities, but he preferred to be the celebrity himself.”

In the mid-1980s, Mr. Hall left the music industry and, in a career that spanned over a decade, represented dozens of soccer professionals, including Chelsea midfielder Dennis Wise; Neil Ruddock, who played for Tottenham and Liverpool; and Terry Venables, who managed England’s national team.

In 1997, he fell into a coma for three months and was given a diagnosis of thrombotic thrombocytopenic purpura, a rare blood disease. His list of players dwindled, and a new generation of influential agents like Jorge Mendes and Mino Raiola rose to prominence.

Mr. Hall never really recovered in the soccer world. But he remained a fixture of Britain’s entertainment scene and since 2013 had hosted a weekly show on an independent radio station in East London.

Mr. Hall is survived by a brother and a sister.

“He lived for showbiz,” said Mr. Hall McPherson, his nephew. “And his life was a bit of a show.”