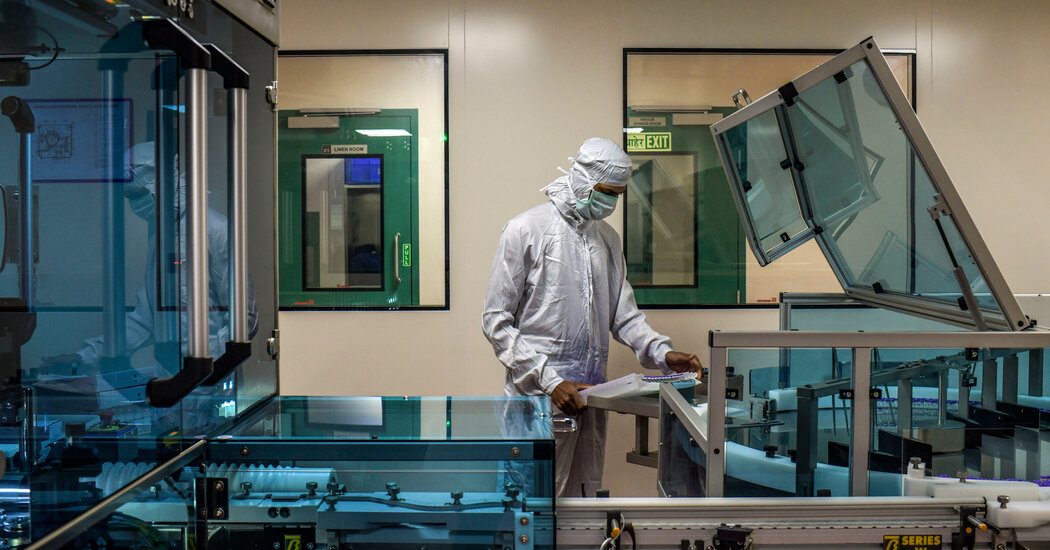 The head of one of the world’s largest vaccine manufacturers had a problem. Adar Poonawalla, chief executive of the Serum Institute of India, needed $850 million for everything from glass vials to stainless steel vats so he could begin producing doses of promising coronavirus vaccines for the world’s poor.

Mr. Poonawalla calculated that he could risk $300 million of his company’s money but would still be more than a half-billion dollars short. So he looked to a retired software executive in Seattle.

Bill Gates, the Microsoft founder turned philanthropist, had known Mr. Poonawalla for years. Mr. Gates had spent billions to help bring vaccines to the developing world, working closely with pharmaceutical executives to transform the market. In doing so, he became the most powerful — and provocative — private player in global health.

By the end of their conversation this summer, Mr. Gates had made a promise: The Bill and Melinda Gates Foundation would provide a $150 million guarantee so the Indian factory could move ahead with production.

It is part of an $11 billion effort to lay the groundwork to procure coronavirus vaccines for more than 150 countries, though it could eventually cost far more when the doses come through. The initiative is led by two global nonprofits that Mr. Gates helped start and bankroll, along with the World Health Organization, which relies on the Gates Foundation as one of its largest donors.

Working behind the scenes is the world’s second-richest man, neither a scientist nor a doctor, who sees himself and his $50 billion foundation as uniquely prepared to take a central part.

As the first vaccine candidates sprint toward regulatory approval, the question of how to immunize much of the world population has taken on added urgency. But nine months in, the success of the vaccine effort, known as Covax, is not at all certain.

So far, it has pulled in only $3.6 billion in funding for research, manufacturing and subsidies for poor countries. Three companies have promised to deliver vaccines, but it is not yet known whether they will be effective. And it may be difficult to secure the necessary billions of doses in an affordable, timely way because the United States and other wealthy countries have cut separate deals for their citizens.

If the initiative, aided by Mr. Gates’s fortune and focus, manages to help protect the world’s poor from a virus that has already killed more than 1.3 million people, it will affirm the strategies he has promoted in his philanthropic work, including incentives for drug companies.

If the endeavor falls short, however, it could intensify calls for a more radical approach.