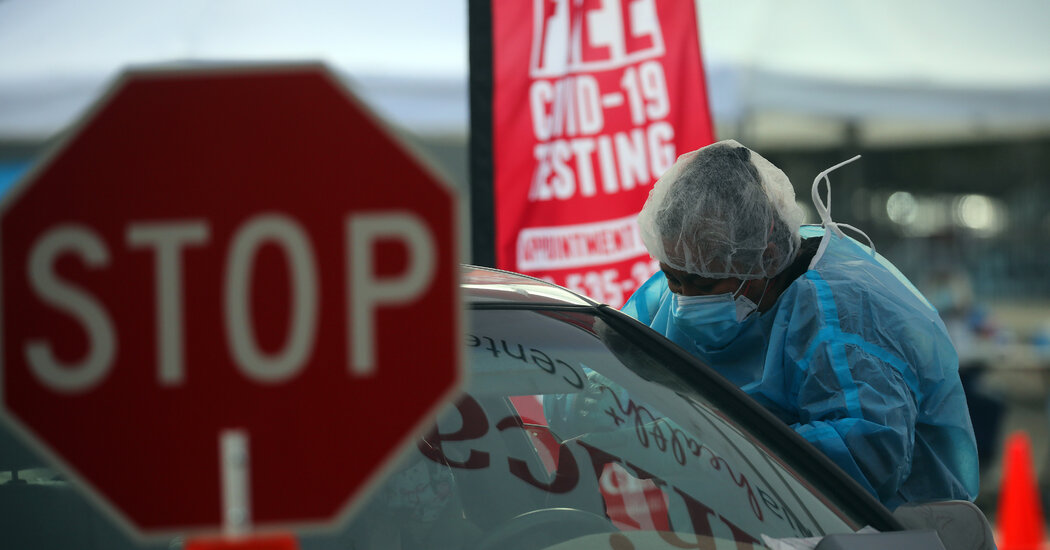 When infections began rising sharply in the United States in September, the growth was driven largely by outbreaks in the Upper Midwest. States like North Dakota and Wisconsin soon became the hardest hit in the nation, relative to their size, and the region continues to struggle.

Now, though, with the country’s daily average of new cases over the past week as high as it has ever been — over 173,000 — the most rapid growth is happening elsewhere. Nine states are reporting more than twice as many new cases a day as they did two weeks ago, and none of them are in the Midwest.

The surges in those states — Arizona, California, Delaware, Louisiana, Maryland, New Hampshire, New Mexico, Pennsylvania and Vermont — reflect a still-escalating national crisis. Officials warn that it will only get worse if people disregard warnings about travel and get-togethers for the approaching holidays.

“Let me be very clear: A Thanksgiving gathering this year may very well lead to a funeral,” said Gov. Michelle Lujan Grisham of New Mexico, whose state is home to five of the 10 metropolitan areas in the country where new case reports are rising the fastest. “The virus is at large,” the governor said. “Know the risks and respect them.”

Forty-five states are seeing sustained increases, and 17 states added more cases in the seven-day period that ended Sunday than in any other week of the pandemic. Major metropolitan areas that are reporting new cases at or near record levels are all across the country: Pittsburgh. Albuquerque. Baltimore. San Diego.

Some that have been bad for a while, like El Paso, are coping with the flood of hospitalizations that generally follow a couple of weeks behind a rising tide of new cases. A major hospital group in Arizona, Banner Health, began banning most visitors from its facilities Sunday night because of the worsening spread of the virus. And where the hospitals come under intense strain, officials are turning, however reluctantly, to impose or reimpose restrictions in the hope of flattening the curve. In Los Angeles County, Calif., which has been averaging more than 3,500 cases a day lately, officials said on Sunday that barring indoor restaurant dining was no longer sufficient, and that outdoor dining would have to shut down as well.

“Unfortunately, if our cases and hospitalizations continue to increase, we will need to issue further restrictions to protect our health care system and prevent more deaths,” said Barbara Ferrer, the county public health director.