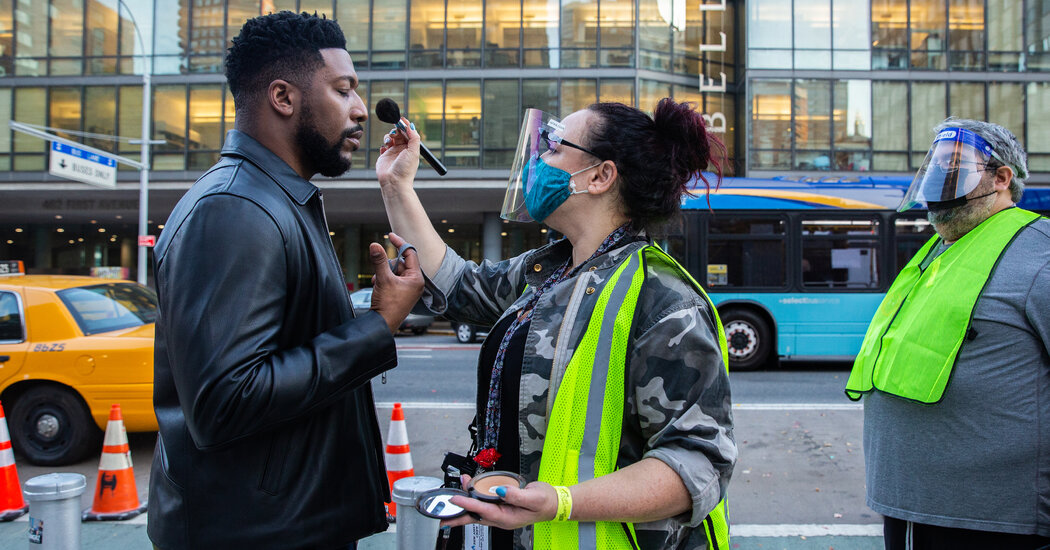 With Broadway dark and concert halls closed, New York’s arts and entertainment industry has been devastated by the pandemic. But film production has been a bright spot, with television and streaming series again filling the city’s sound stages and, increasingly, the city’s streets.

The industry is not yet back to its old heights. Of the nearly 80 series that were filming or planning to film in New York City in the 2019-2020 season, 35 were back at work by early November, with another five expected by the end of the year.

Still, in a pandemic-weary Manhattan, whose streetscapes are pockmarked by boarded-up storefronts and “for rent” signs, the sight of shiny production trucks and the hum of workers rolling equipment on and off film sets is giving the city a glimpse of its former self.

The major studios — Kaufman Astoria Studios in Queens, Steiner Studios in the Brooklyn Navy Yard and Silvercup Studios in Long Island City — all report that they are full, though each stage can function at only 50 percent of its regular occupancy under state rules.

The overlapping safety protocols of the industry’s labor unions, the Hollywood parent companies and the New York state and city government have led to robust safety protections, While near daily virus testing is turning up cases among the crew and actors, the productions, for the most part, have continued with few delays.

About one person every week or two test positive somewhere on the lot, said Doug Steiner, the chief executive of Steiner Studios. But so far, he said, the productions have managed to isolate cases and their contacts, and continue filming.