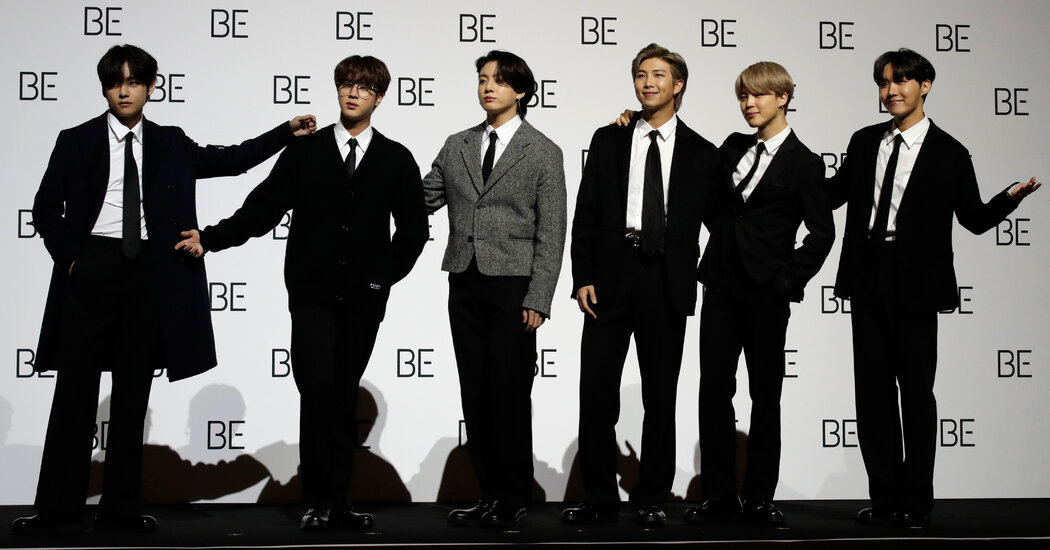 Mr. Kim’s birthday could have marked the end of his current career as a K-pop star. Until now, all able-bodied South Korean men have been required to enlist in the military for about 20 months once they turn 28, if not sooner.

South Korea’s National Assembly, enamored of BTS’s global success, came to Mr. Kim’s rescue by passing a revision of the country’s Military Service Act​. The revised law lets top K-pop stars like Mr. Kim postpone their ​military ​service until they turn 30. Mr. Kim, who goes by his stage name Jin, will now be able to perform for two more years at what could be the height of his career. ​

The news instantly electrified BTS fans, who call themselves the Army.

“What a day to be alive,” one follower wrote on Twitter.

Under the revised law, K-pop entertainers who have received government medals for helping spread or elevate the country’s ​cultural influence around the world can apply for deferment of their military service. All seven members of BTS meet that requirement. They were awarded the medal in 2018.

The announcement of the so-called BTS law is a long sought-after victory for fans of male K-pop stars. Under South Korea’s conscription system, military duty has been billed as a sacred rite of passage for all young men. The government has allowed some exceptions, but its criteria have come under scrutiny in recent years.

For decades, top athletes, like Olympians or Asian Games medal-winners, have been excused from military service on the grounds that they enhance national prestige. Draft exemptions are also granted to classical and folk musicians who win certain awards. K-pop fans have argued it is unfair that world-class K-pop stars are denied that privilege, even though K-pop has become a global phenomenon.

When members of well-known boy bands report for boot camp, crowds of female fans from across Asia often gather to bid them farewell.

Lawmakers introduced a bill for revising the Military Service Act in September, after BTS became the first-ever South Korean group to top the United States Billboard Hot 100 singles chart with the song “Dynamite.”

“It’s a sacred duty to defend our country, but that doesn’t mean that everyone has to carry a weapon,” Noh Woong-rae, a senior lawmaker in the governing​ Democratic Party, ​said in an October statement supporting special treatment for BTS.

​In South Korea, more than 200,000 young men each year​ have to interrupt their studies or careers to join the military. Conscription is seen as crucial to the country’s defense against North Korea, and South Korea cannot afford too many exemptions.

After decades of low birthrates, the country will soon lack enough young men to maintain its conscripted military at 620,000 members, defense officials say.

In October, the Military Manpower Administration, which oversees the draft, said that although it would not exempt top K-pop stars from military service, it would let them at least postpone ​it.