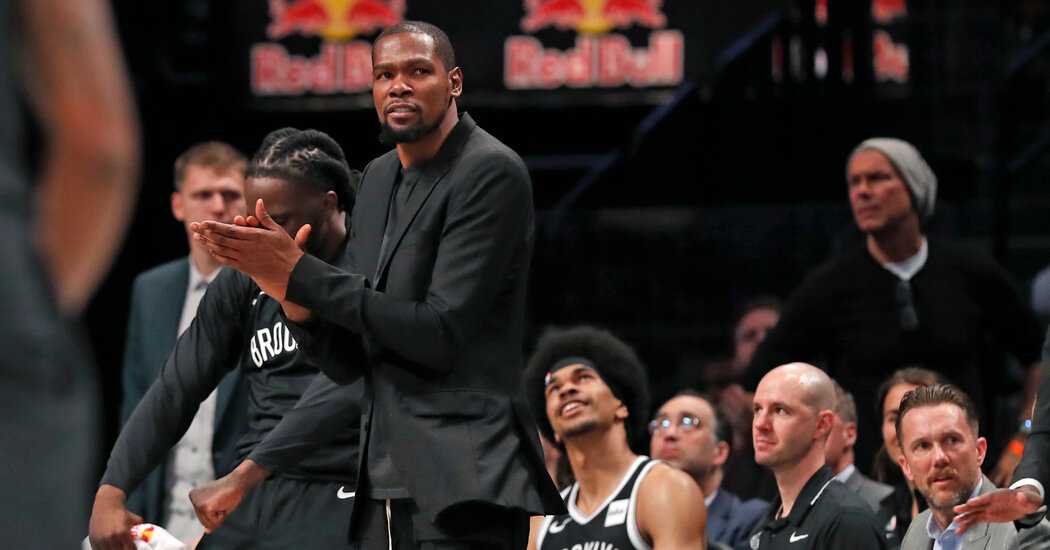 “If I fall back on that work, I won’t have to worry too much about what will happen. I already know it’ll come naturally.”

The landscape of professional basketball shifted during Durant’s absence, in part because of the pandemic and social justice protests. And several star players — Kawhi Leonard last summer, and now Chris Paul and Jrue Holiday — have changed teams over the past 18 months, reshuffling the balance of power in the league.

Many of the upcoming games, presuming Durant remains healthy for the start of the regular season on Dec. 22, will be played without fans in seats. But last spring’s pause in the N.B.A. season because of the pandemic allowed Durant more time to heal, both physically and mentally.

“It actually wasn’t that frustrating, to be honest,” Durant said of being on the sidelines last season, with a hint of a smile. “I enjoyed having a lot of ‘me time’ away from you all and the N.B.A. life in general.”

Aside from rehabilitation, Durant did keep busy, appearing on several podcasts, and starting a podcast venture of his own over the summer. His debut guest in September was Irving.

Nash, who also spoke to reporters on Tuesday, said that Irving and Durant “are in great states of health, so to speak. They’re healthy, in shape and look great. That’s obviously the best scenario for us after a long layoff for both of them.” (Nash, who was hired in September, also joked that he was “undefeated” in his coaching tenure thus far.)

Irving, a 28-year-old six-time All-Star, was plagued by a right shoulder injury last year and was ruled out for the second half of the season in February and eventually had surgery. Nash said that he did not expect either of the two stars to play all 72 games of the regular season. (The season, normally 82 games, has been shortened because of the delayed start.)