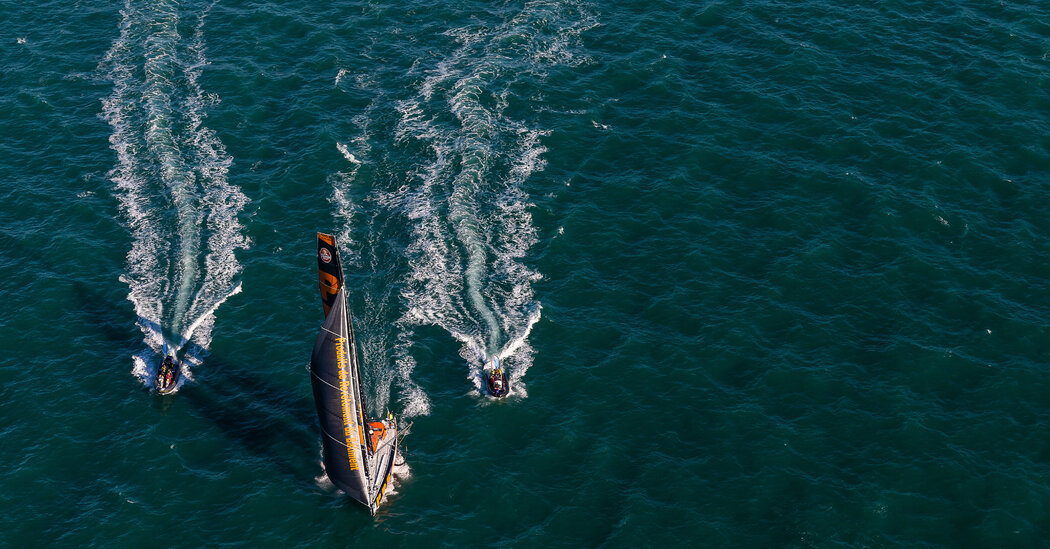 “It’s part of the job of a sailor to go to the aid of another,” Le Cam said in a video call on Tuesday as Escoffier stood watch outside the cockpit door. “Above and beyond — it’s human nature to go to people in need and help them. It’s part of life, physically or psychologically, to help another human. I am just part of that.”

On Wednesday, President Emmanuel Macron of France congratulated Le Cam on his sailor’s skills, saying: “I was reassured by the news. I am a fan of Jean’s. So I wanted to say hats off to him. We are extremely proud of Kevin and you and for the whole family and of what you did.”

It took two hours from when Le Cam stopped racing to when he first spotted Escoffier on his life raft. Le Cam developed engine trouble as he came to his aid and shouted to Escoffier that he would be back. (Engines can be used in emergencies: The propeller has a seal that is to be broken only for self-rescue or rescuing another sailor.) But when Le Cam returned to Escoffier’s last known position, the raft was gone and race officials told three other skippers to divert to the area and start a search.

Using his instincts, Le Cam decided to double back to the original location emitted by Escoffier’s emergency beacon. “I went there and he was not there,” Le Cam said. “I was thinking I should go dead downwind, and by chance, I saw a strobe on the raft, one and a half miles away from the position.”

Escoffier was tossed a line and dragged aboard.

The pair have yet to decide what to do with Escoffier, who is not allowed to help Le Cam with the sailing. The closest land, at Cape Town, is upwind, a boat-breaking trip Le Cam took off the table. The more likely option is meeting with a French Navy ship at the Kerguelen Islands, three to four days away by sail, to transfer Escoffier to that ship and allow Le Cam to continue racing alone.

There are strict requirements for documenting time spent assisting other sailors. Race management will take the location of the four boats when they diverted to help Escoffier and the point where they began racing again. From there, they will decide how much time to credit for the rescue.

Of the 33 starters, Escoffier is the third to leave the race. Often, fewer than half the starters finish it.