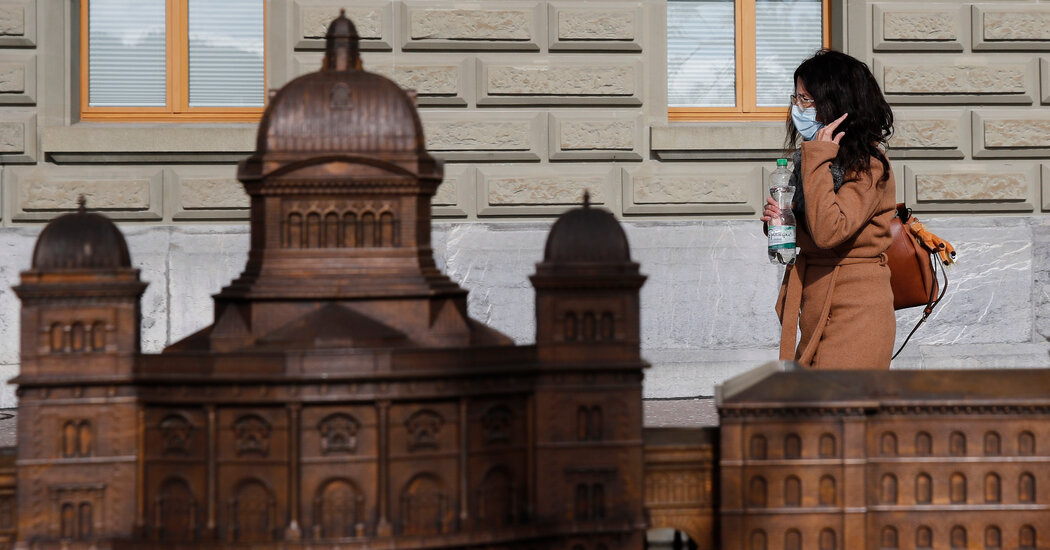 Public health officials in Switzerland have already made a point of warning against singing in groups. The admonition came after 600 people attended yodeling concerts in September, leading to a virus hot spot.

So when a group of politicians in Parliament sang “Happy Birthday” to Ueli Maurer, Switzerland’s finance minister and former president who was turning 70 on Tuesday, critics cried hypocrisy, or at least inconsistency. Holding about 30 red balloons, most of the elected celebrants failed to wear masks or maintain their distance during the singalong.

In a separate celebration, a band played in Parliament, which also goes against the government’s recommendation.

“It is better to listen to Christmas songs over your sound system,” the government guidelines say.

The events have caused an uproar in Switzerland, which has struggled to keep the pandemic under control while maintaining looser restrictions than much of Europe. One member of Parliament posted a video of the birthday song on Twitter, leading to hundreds of angry replies.

Here’s what else is happening around the world.