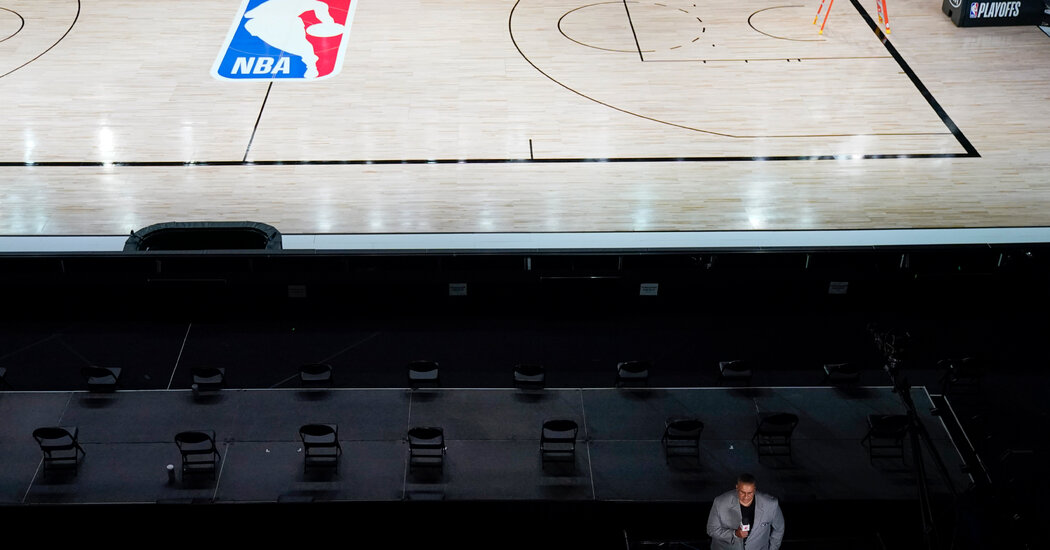 Of 546 N.B.A. players recently screened for the coronavirus, 48 tested positive, the league announced Wednesday, a day after training camps opened for the 2020-21 season.

The league said in a statement that the testing began last week as players started returning to their teams’ cities. The statement did not say which players had tested positive.

“Anyone who has returned a confirmed positive test during this initial phase of testing in their team’s market is isolated until they are cleared for leaving isolation under the rules established by the N.B.A. and the Players Association in accordance with C.D.C. guidance,” the N.B.A. said in its statement.

For the coming season, the league is departing from the so-called bubble environment it established to finish the interrupted 2019-20 season, which was halted for four and a half months before resuming with the players and vital team personnel living together in an isolation zone at Walt Disney World near Orlando, Fla. No player tested positive there after clearing quarantine.

Now, most teams will compete at their usual arenas, except for the Toronto Raptors, who will play in Tampa, Fla., because of travel restrictions between the United States and Canada. Most of the arenas will be devoid of fans, although some may have limited attendance, like the State Farm Arena, home of the Atlanta Hawks.

The regular season is slated to begin Dec. 22 and will last 72 games, 10 fewer than in a typical N.B.A. season.