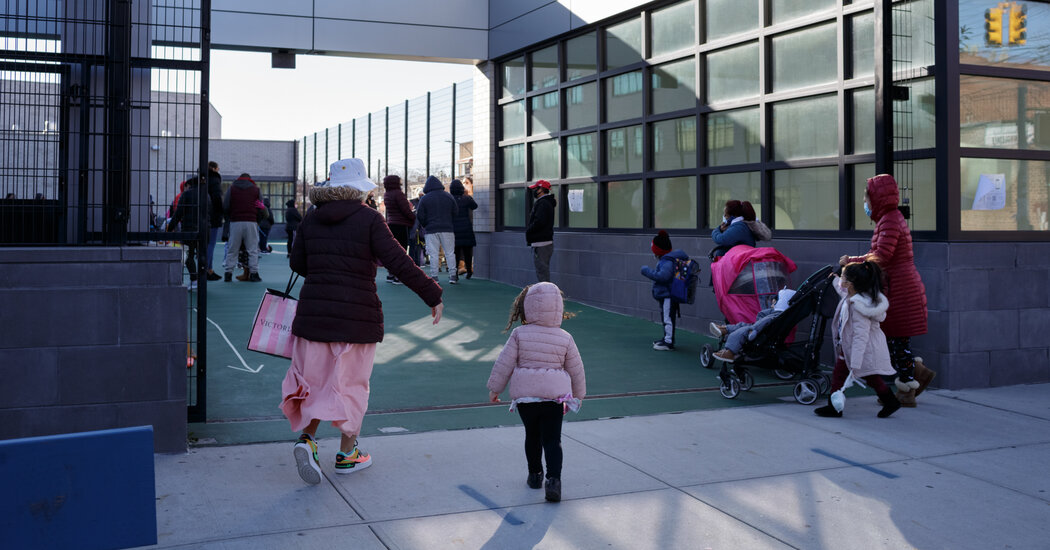 About 190,000 students in New York City are set to return to classrooms this week, starting with elementary school students on Monday, following a monthslong roller coaster of changes to the most closely watched school reopening effort in the country. Students with complex disabilities will be able to return to school buildings on Wednesday.

Mayor Bill de Blasio became the first big-city mayor in the country to reopen public schools this fall. But he closed the system briefly last month after virus cases surged in the city, before announcing that classrooms would again open for about 20 percent of the overall school system. It is not yet clear when middle and high schools will reopen.

The vast majority of the city’s roughly 1.1 million students have chosen to learn from home indefinitely.

Classrooms are reopening amid an alarming increase in virus transmission in New York City: The city reported on Sunday that the average test positivity rate has exceeded 5 percent; it was below 3 percent just a few weeks ago.

Mr. de Blasio’s decision to reopen schools for young children is the most high-profile example of a national and international trend of welcoming elementary school students back into classrooms, while their older peers learn remotely. Public health experts and educators generally agree that in-person learning for young children is relatively safe and particularly crucial for their development.

The mayor has said he will try to keep the school system open even if virus cases continue to rise, though it is likely that many classrooms and schools will temporarily close in the coming weeks as positive cases are confirmed in individual schools.