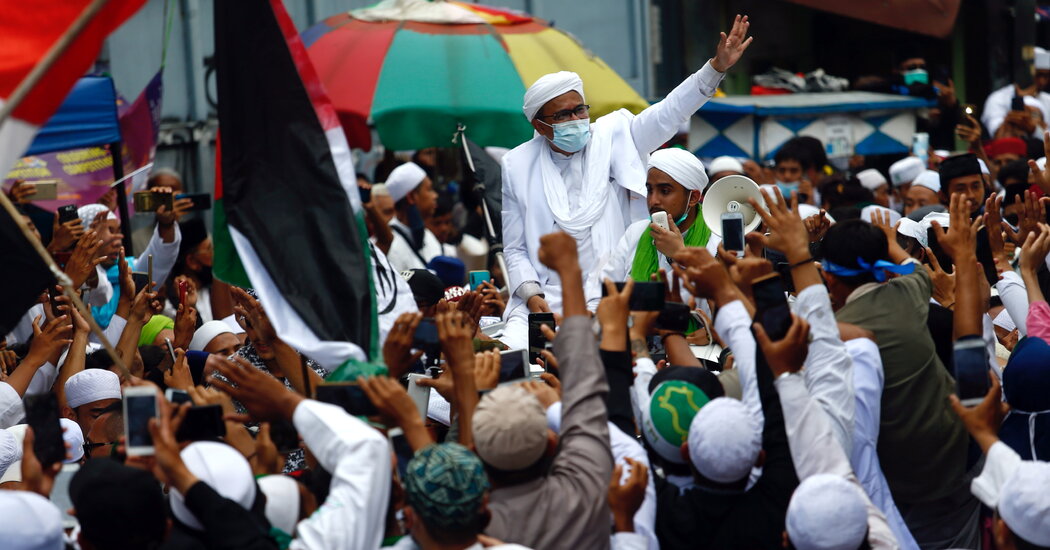 Six followers of the divisive Indonesian cleric Rizieq Shihab were shot and killed by the police on the outskirts of Jakarta early Monday after what the authorities described as an attack on officers who were tailing the men as part of an investigation.

According to the police account, cars carrying Mr. Rizieq’s followers stopped the unmarked police car and began attacking six uniformed officers with revolvers, sickles and a sword. The officers, fearing for their lives, fired in self-defense, the police said. Six men were killed. Four other men fled. No police officers were reported to be harmed.

Mr. Rizieq, a fiery Muslim cleric who heads the Islamic Defenders Front, a prominent Islamic group known for its extremism, has been at the center of controversy in Jakarta, the Indonesian capital, ever since he returned from self-imposed exile in Saudi Arabia.

Since his arrival four weeks ago, he has flouted coronavirus restrictions by holding events with thousands of people, refused to undergo government-mandated coronavirus testing and called for a “moral revolution,” in which Indonesia would impose his vision of Islamic law, known as Shariah.

Representatives of the Islamic Defenders Front said that the six men were bodyguards for Mr. Rizieq and were part of an eight-car entourage escorting the 55-year-old cleric and his family to a Quran study session shortly after midnight.

They asserted that the police had fired first and that the men were victims of extrajudicial killings that should be investigated as a human rights violation.

“What happened is murder,” said the group’s secretary general, Munarman, who, like many Indonesians, uses one name. “It was a massacre.”

After cofounding the Islamic Defenders Front as a civilian militia in 1998, Mr. Rizieq was convicted twice and sent to prison for inciting violence. When he left for Saudi Arabia in 2017, he faced a pornography charge for sending lewd text messages. The charge was later dropped.

Mr. Rizieq had been summoned by the police for questioning on Monday regarding his coronavirus protocol violations. He had ignored an earlier summons.

The police said they were following the group of cars because they believed Mr. Rizieq would once again avoid his summons. As it turned out, he did not appear for questioning Monday.

The clash took place on a heavily traveled toll road on the eastern edge of the city.

At a news conference, three officers held up a sword, a sickle and two revolvers they said had been used in the attack on the officers.

“Officers who felt their safety was threatened because they were being attacked then took firm, measured action,” said the Jakarta police chief, Fadil Imran.

Bullets fired by the men struck the officers’ car, he said, but did not hit anyone.