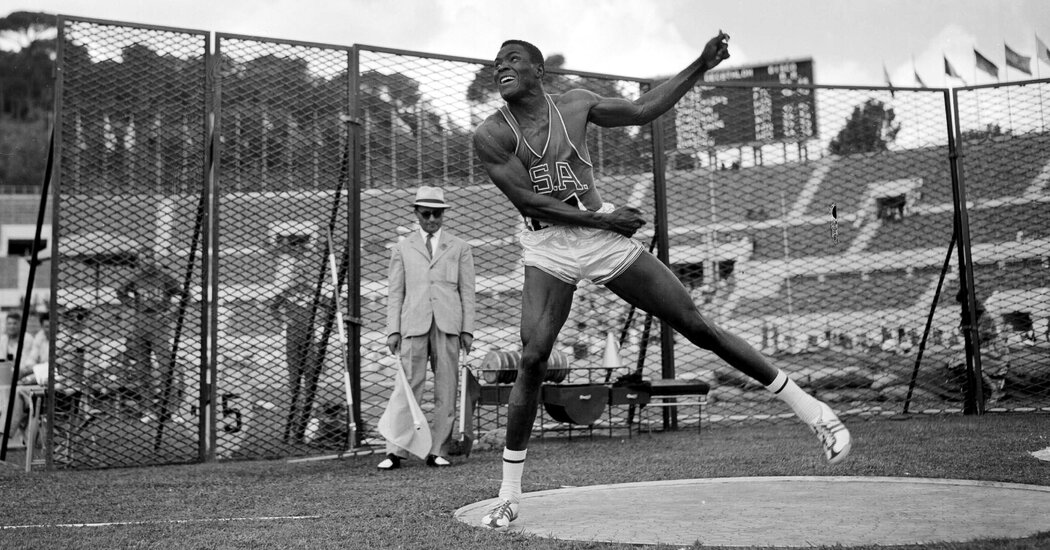 Growing up, as I did, with idealistic parents who crossed the color line to marry in 1954, athletes like Johnson, Jackie Robinson and Arthur Ashe were held up as the ideal. Such reverence was about how these sports stars carried themselves as African-Americans — and the way they blended sports with scholarship, committed to helping others and embraced all parts of humanity.

How perfect that Johnson burst onto the world stage at the 1960 Summer Olympics in Rome. With the Cold War raging and the battle for civil rights gaining steam in the United States, Johnson became the first Black athlete to carry the U.S. flag at the Olympics. The role was a symbolic retort to the Soviet Union, which delighted in highlighting America’s segregation, and a signal that change was on the way.

“Rafer Johnson, the person and the athlete, was viewed as a powerful antidote to the otherwise irrefutable poison of American racism,” David Maraniss writes in “Rome 1960: The Olympics That Changed the World.” “No one could question his sense of purpose or his good will.”

Johnson ended up capturing the gold medal in the decathlon by fending off his close friend and U.C.L.A. training partner, C.K. Yang, who was competing for Taiwan. Their battle was among the most stirring in Olympic history and with the victory, many considered Johnson to be the greatest all-around athlete in the world.

It was Johnson’s last competition, but he hardly shrank from the stage.

After the 1960 Olympics, having met at an awards ceremony, Johnson grew close to Robert F. Kennedy, who, as it happened, was the one politician who held saint-like status in my household.

During Kennedy’s race for the White House in 1968, Johnson was a regular in the candidate’s entourage. “My old friend, if I may, Rafer Johnson, is here,” Kennedy announced to supporters during the joyous speech delivered after his victory in California’s Democratic primary.