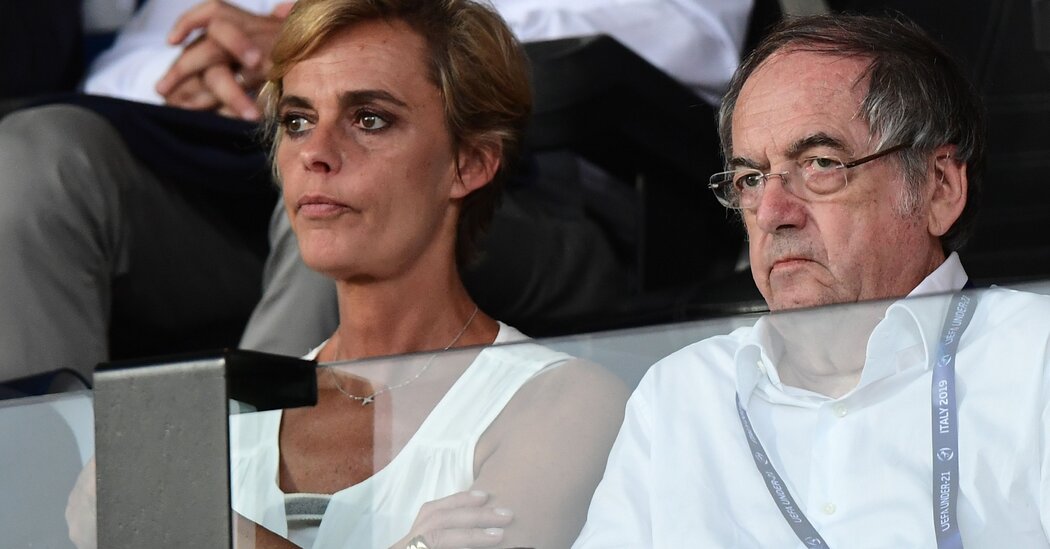 France’s soccer federation is coming under pressure from its main sponsor, the sportswear giant Nike, to explain what steps it is taking to address dysfunction within its senior management ranks, a workplace culture marked by bullying, misbehavior and sexism, and troubling details about interactions between an official at its top player academy and a teenage prospect.

Nike’s intervention is not the only one the troubled federation is facing. Last week, France’s ministry of sport said it planned to begin an investigation into allegations, published by The New York Times, that the federation mishandled an investigation involving inappropriate behavior by a former instructor at its national training center at Clairefontaine.

In recent days, the governing body for soccer in Europe, UEFA, has also demanded answers from top French soccer officials about the case. And FIFA’s ethics committee has been monitoring the developments and plans to write a letter requesting information from the federation this week, according to an official briefed on the plan.

Nike’s public intervention in the internal workings of the federation is significant, though, because sponsors typically demure in commenting on the behavior of their partners unless forced to do so by the seriousness of the situation.

“We are concerned by these allegations and we continue to monitor the situation closely,” a Nike spokesman told The Times by email. The company’s contract with the federation, known as the F.F.F., runs through the 2026 World Cup and is worth 50.5 million euros (about $61 million) each year. When it was signed in 2017, the president of the F.F.F., Noël Le Graët, called it “the best contract in the world.”

The federation declined to comment on the discussions with Nike, saying that it does not share details of conversations with its sponsors with the news media. But Nike’s expression of concern comes at a difficult time.

After an earlier report detailed workplace concerns inside the federation, Le Graët hired an outside consultant to conduct an investigation and make suggestions on how it could improve after senior employees described toxic relations that led some senior staff members to make official complaints and others to be placed on leave.

The report produced by the consultant, Eric Moliere, has been closely guarded by Le Graët and the F.F.F.’s director general, Florence Hardouin, with its contents shared only verbally with the federation’s executive board on Nov. 25. The federation’s spokesman said neither the report nor its findings would be made public.

But according to a person familiar with the report’s contents, Moliere — while concluding that there were workplace issues at the federation — stopped short of agreeing with witnesses who described cases of sexual harassment. Instead, he documented problems related to sexism, bad language and the consumption of alcohol.

Moliere also suggested the organizational problems at the federation were related to the number of department heads — there are currently more than a dozen, all jockeying for position and influence — and he recommended the creation of a smaller committee of six officials who would serve as a new “agile” leadership team.

The problems at the F.F.F. have burst into public view in an era when it has celebrated some of its biggest successes, including the victory by its men’s team at the 2018 World Cup in Russia and the successful hosting of the women’s World Cup a year later.

In the past month, the federation has hired a crisis communications company to handle questions from The Times about how an educator working at the elite Clairefontaine training center — widely regarded as one of the best soccer finishing schools in the world — was allowed to continue working in soccer for eight years after he had been quietly removed from his post in 2012 for having improper communications with a young player in training.

Tim Crow, a sponsorship consultant, said the decision of a company like Nike to take a position against a partner in a time of crisis was “significant, particularly in Nike’s case, because they are famously tight-lipped about these things normally.” (Nike, which was sued for gender discrimination in 2018, has it own issues with toxic workplace culture.)

Sponsors, Crow added, have become more sensitive to scandal. “On the one hand, brands have never been more risk averse,” he said. “And on the other, the need to have purpose, and show that you are a good corporate citizen, is really important, and that’s where these things tend to collide.”

Le Graët, who has been the F.F.F.’s president for a decade, is expected to stand for a new term in elections early next year.