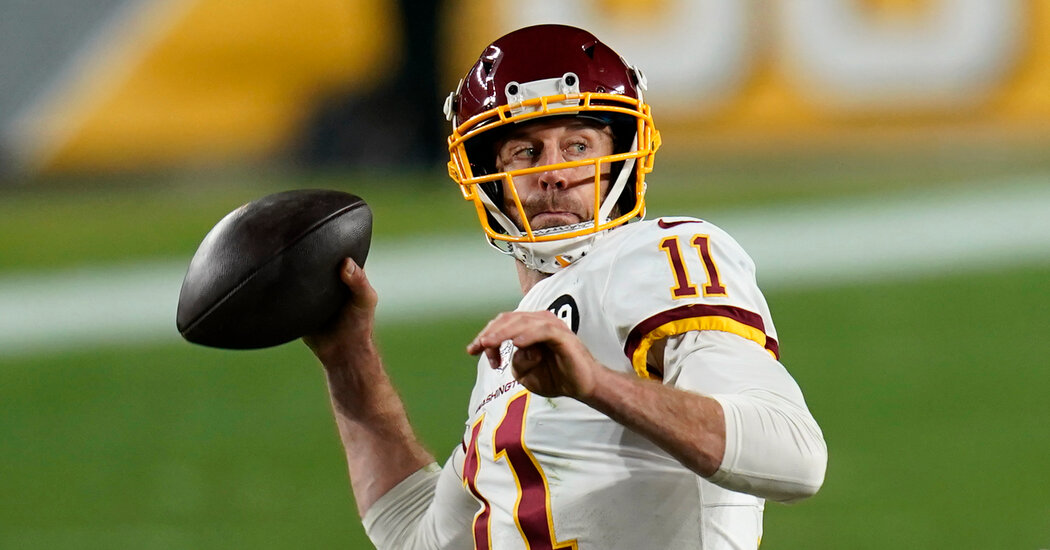 PITTSBURGH (AP) — The Pittsburgh Steelers spent three months flirting with perfection, insisting all the time they were far from flawless.

They weren’t wrong. Pittsburgh’s bid for an unbeaten season is over. Washington’s bid for an unlikely title in a lackluster division may just be beginning.

Alex Smith threw for 296 yards and a touchdown, Dustin Hopkins kicked a tiebreaking 45-yard field goal with two minutes, four seconds remaining in the fourth quarter, and Washington beat the Steelers, 23-17, on Monday at Heinz Field.

Pittsburgh (11-1) missed a chance to clinch a playoff berth and dropped into a tie with defending champion Kansas City for the top spot in the A.F.C. with four games remaining.

A day after the first-place Giants (5-7) pulled an upset against the Seahawks, Washington (5-7) kept pace in the N.F.C. East by rallying from 14 points down to win in Pittsburgh for the first time since 1991.

Not so in Pittsburgh, which got off to the best start in the franchise’s 87-year history even as the offense occasionally worked in fits and spurts. In a game pushed back a day as part of the fallout from because a coronavirus outbreak that forced the N.F.L. to reschedule Baltimore’s Week 12 visit to Heinz Field three times, the little mistakes Pittsburgh managed to get away with for 11 games became too much to overcome.

Ben Roethlisberger passed for 305 yards and two touchdowns, but he was intercepted by Jon Bostic — a former Steeler — with 1:59 remaining. Hopkins added another 45-yard field goal to help close out the game.

Pittsburgh reached midfield on its final possession needing a touchdown to tie, but time ran out.

The Steelers appeared to be in firm control after Roethlisberger found James Washington for a 50-yard touchdown in the second quarter that put them up 14-0. Pittsburgh is normally invincible at Heinz Field when up two scores. Not this time.

Smith, under heavy pressure much of the night, finally got something going late in the first half. A Hopkins field goal got the team on the board in the final seconds. A 1-yard touchdown run by Peyton Barber midway through the third quarter pulled Washington within 14-10, and a lob from Smith to a wide-open Logan Thomas for a 15-yard touchdown tied it in the fourth quarter.

Pittsburgh drove into field goal range but rather than have fill-in Matthew Wright — promoted from the practice squad because an injury to Chris Boswell — attempt a 45-yard field goal into the open end of the stadium, the Steelers went for it on fourth down. Roethlisberger’s heave to rookie running back Anthony McFarland Jr. fell incomplete, and Smith calmly drove Washington 45 yards in nine plays to set up the winning score.

Washington will travel to Arizona next week to take on the San Francisco 49ers, who are playing at the Cardinals’ stadium because coronavirus-related restrictions in Santa Clara, Calif., forced them to relocate.

After their first loss of the season, the Steelers face a stiff test next Sunday night in Buffalo.