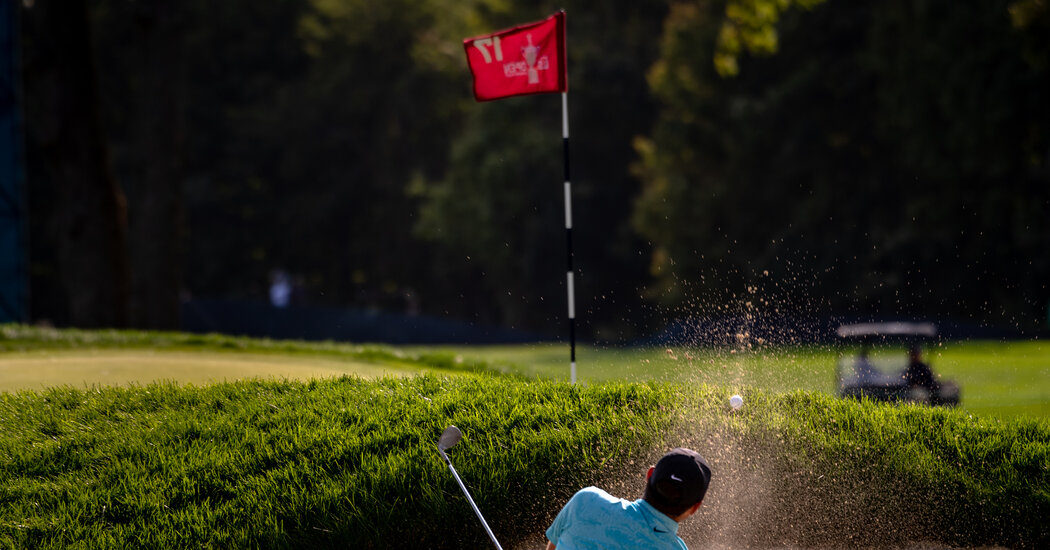 Love him or hate him, Patrick Reed is poised to become the first American to be Europe’s top golfer.

The 30-year-old Texan, who shot to fame at the 2016 Ryder Cup as “Captain America,” exciting fans with his aggressive play and on-course antics, holds the lead in the Race to Dubai rankings that come to a close next week at the DP World Tour Championship, Dubai, at Jumeirah Golf Estates from Wednesday through Sunday.

While Reed has been a polarizing figure in American golf, fans in Europe love him. He’s found a warm embrace on the European Tour, which made him an honorary lifetime member after his 2018 Masters win. He also enjoys the exchanges with European fans, who have largely moved on from his 2014 Ryder Cup performance where he goaded and shushed spectators. Those same fans now applaud his fiery competitive edge.

Besides, taking his game worldwide was always in his plans, he said, and that means playing the European Tour. As he said in October at the BMW PGA Championship in England: “I feel like the more support we can get, especially from guys from the States, the better. That’s one reason why I always come over and play, is because I know how important it is for our games to travel.”

He said last week that he felt a special connection with European fans.

“I think it started in 2014 at Gleneagles in Scotland,” he said, referring to the Ryder Cup. “For the first time, I realized that they understood my humor, and the competitor I am.”

He said the closing ceremony was very special to him.

“They announced Tom Watson, and I looked at the thousands and thousands of European fans, waves and waves of people roaring on their feet for Tom Watson, our American captain, in defeat,” Reed said. “And it really moved me. I had never seen anything like that. They loved him no matter what country he came from. I felt like, I want to be like him.”

Fans in Europe appreciate that, by playing in the tour, he helps build better golf there. But things are different in the United States, where Reed has earned critics on and off the course, starting in 2014 when he boldly proclaimed he was one of the top five players in the world. It wasn’t true; he was No. 20 in the rankings at the time. Yet he has since been forever linked to that brash claim.

Most recently he was criticized last December for seemingly improving his lie in a waste bunker when his club brushed away sand behind his ball at the 11th hole at the Hero World Challenge in the Bahamas. While Reed said that it was unintentional and that he did not notice that his club had moved any sand, he was penalized two shots.

He said afterward that after seeing the video, he accepted the penalty, “but it wasn’t because of any intent.”

Taunts of “cheater” soon followed him to tournaments from Hawaii to California. In February, his fellow American Brooks Koepka, a 2018 Ryder Cup teammate, called him out on it.

“I don’t know what he was doing — building sand castles in the sand — but, you know, you know where your club is,” Koepka said in an interview with SiriusXM. “I mean, I took three months off, and I can promise you I know if I touch sand. If you look at the video, obviously he grazes the sand twice and then he still chops down on it.” Cameron Smith of Australia also called Reed a cheat.

Reed has become a master at tuning out the noise.

“The biggest thing for me is any time you go to the golf course, pop in my headphones, get to work and just really get in tune with every golf shot I hit because at the end of the day you can’t listen to what other people are saying,” Reed said at the WGC-Mexico Championship in February.

To the end, for Reed to win the Race to Dubai and make European Tour history, he has to fend off Tommy Fleetwood, Collin Morikawa, and Lee Westwood, who are the next three in points. Fleetwood won the Race to Dubai in 2017 and has finished second and third in the rankings in the past two years.

Morikawa is in the hunt to win without having played one game in Europe this year. As an affiliate member of the tour, which allows players to pay a fee for tour status, points may be earned at majors and other events and applied to the Race to Dubai.

Westwood is hoping to win the Race to Dubai for the third time. “I’ve had some success in Dubai over the years,” he said. “It’s a big honor for any player. I’ve done it twice before, so it’s great to have another chance again this year.”

Ahead in points, Reed hopes this will be his year.