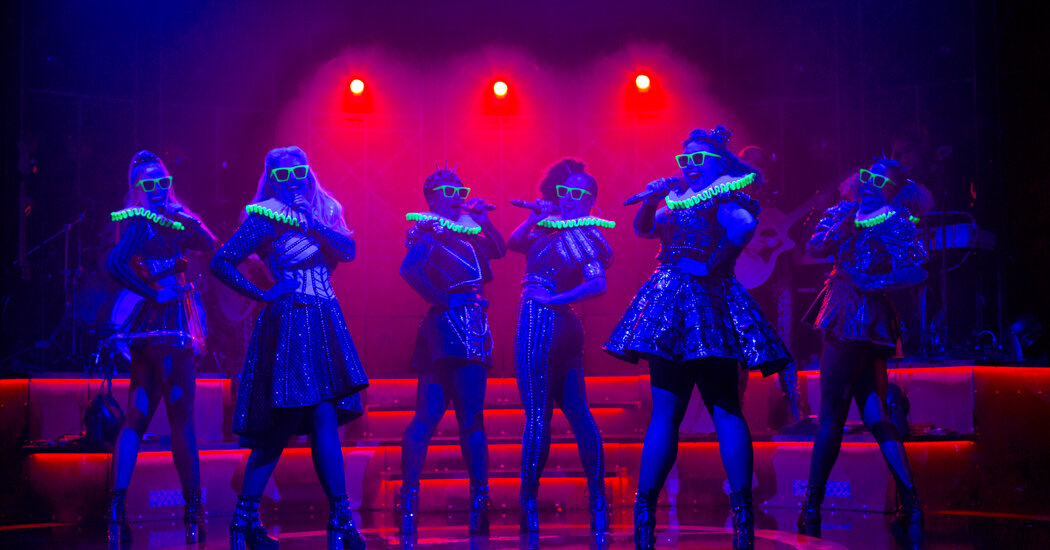 Downstairs, members of the London cast stretched to warm up for the day.

“It just feels great to be in the room,” said Moss, the co-creator. “As soon as we get rehearsing, it’s like the pandemic never happened,” she added.

A few minutes later, the cast members put on their sparkling, studded boots to rehearse a number called “Get Down.” (“You said that I tricked ya, ‘cause I didn’t look like my profile picture,” goes one line.) They ran through the movements again and again — head flicks, arm snaps — fine tuning the steps, while Carrie-Anne Ingrouille, the show’s choreographer, encouraged them throughout.

“You clearly weren’t watching at the end,” Bowman replied, and the rest of the cast laughed.

The rehearsal continued in high spirits until Sunita Hinduja, the company’s manager, in charge of medical matters, came into the studio to interrupt.

The prime minister had been expected to announce an end to England’s lockdown that morning, but also reintroduce a tiered system of restrictions that would mean performances were allowed in some cities, but not others.

There was good news for the London cast, she said: “We’re going to be able to do it.”

Some of the performers clapped, and one even whooped. But the celebrations only lasted a few seconds before coming to an abrupt halt. Everyone seem to know bad news was just around the corner.

The Manchester shows were still on pause until Dec. 17, at the earliest, Hinduja said, so its cast, busy upstairs, wouldn’t get to go onstage as expected.