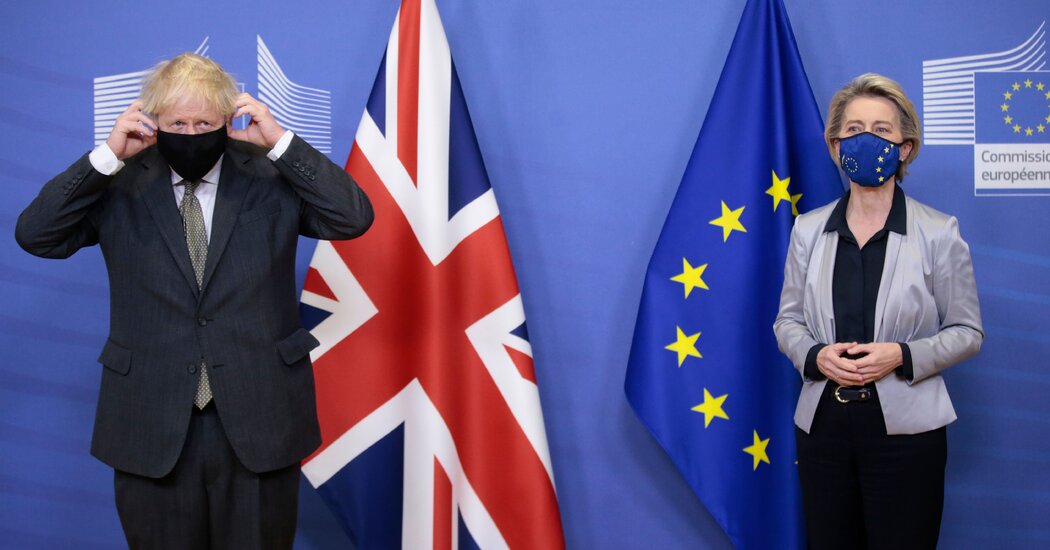 “Same school, but not the same time,” she corrected him.

In the Bildungsroman of Mr. Johnson’s life, his chapter as a journalist in Brussels occupies a particular place. It was there, people who knew him said, that he discovered the intellectual allure of “euroskepticism” and the payoff that came with bashing European institutions. Years later, he likened the experience to “chucking these rocks over the garden wall.”

“I listened to this amazing crash from the greenhouse next door over in England as everything I wrote from Brussels was having this amazing, explosive effect on the Tory Party,” Mr. Johnson told the BBC. “And it really gave me this, I suppose, rather weird sense of power.”

Now, Mr. Johnson finds himself at the head of a party that he has remade along hard-core euroskeptic lines. As he weighs whether to compromise with the European Union, he must consider the blowback — the “amazing, explosive effect” — a deal would arouse in his party’s ranks.

“Setting up sovereignty as the issue and interpreting the result of the referendum as a mandate for no interference is not the way the world works — unless you want to be North Korea,” Mr. Faull said.

Not all the blame for the impasse should fall on Mr. Johnson, he and other analysts say. Some said they were surprised the European Union seemed intent on preventing him from talking directly to leaders like President Emmanuel Macron of France.

“It’s interesting, and kind of worrying, that given the stakes, that Johnson and Macron don’t sit down like adults and have that conversation,” said Mujtaba Rahman, an analyst at the political risk consultancy, Eurasia Group.

But even if Mr. Johnson breaks through the barriers in Brussels, analysts said his approach is likely to reflect the ideas he has promoted throughout a career as a journalist and politician: one of those is the misplaced notion that the European Union will always compromise in the end.