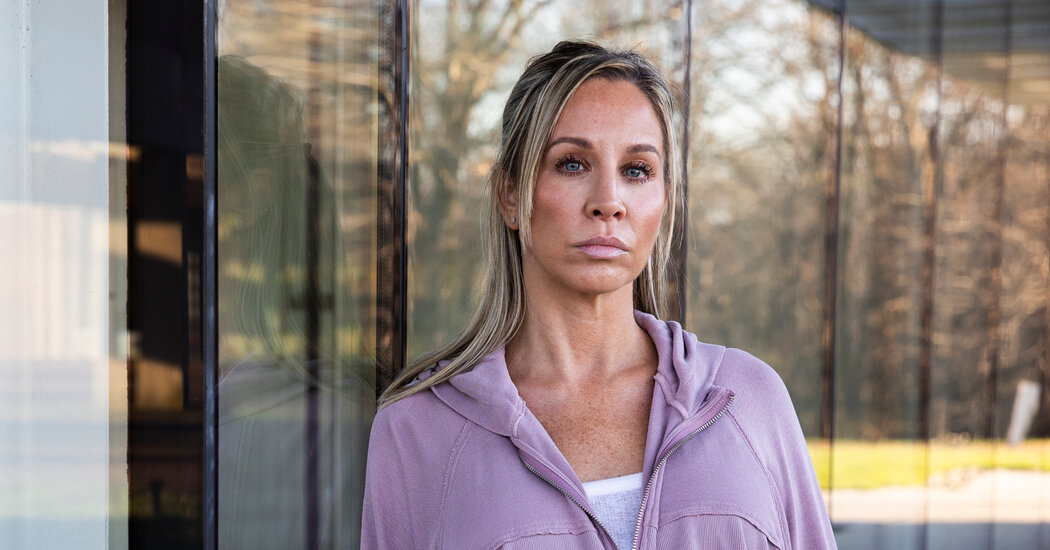 A top gymnastics coach accused of berating and mistreating athletes will be barred from the sport for five years instead of eight, after an arbitrator found some of the testimony that led to her suspension should not have been allowed.

At five years, the penalty imposed on the coach, Maggie Haney, is still considered the harshest one that U.S.A. Gymnastics, the sport’s national governing body, has handed down in a case that did not involve sexual abuse.

An arbitrator hearing an appeal from Haney upheld the suspension but ruled that the hearing panel that decided it should not have taken into account the cases of four of 11 gymnasts who complained.

In those cases, the arbitrator, in a ruling last week that was disclosed Tuesday by Haney’s lawyer, found that U.S.A. Gymnastics had failed to provide Haney proper notice of the allegations, leaving Haney without the chance to defend herself sufficiently during the hearing held in February and March.

Arbitration decisions are usually not released publicly, but Haney’s lawyer, Steve Altman, disclosed it, and a U.S.A. Gymnastics official acknowledged its veracity.

“We certainly hoped for better results,” Altman said, adding that he and Haney had asked the arbitrator to rescind the suspension fully based on their claim that the hearing was biased and flawed.

They now are considering their legal options, Altman said, because the arbitration decision “contains numerous legal and factual flaws, and should be overturned.”

In an emailed statement, Carol Fabrizio, a spokeswoman for U.S.A. Gymnastics, said federation officials were reviewing the arbitrator’s decision and considering how to proceed. Their choices include letting the arbitrator’s decision stand, resubmitting the testimony of the four gymnasts and possibly hearing from more witnesses or negotiating a resolution with Haney with regard to those additional gymnasts.

“We believe it is critical to ensure that the experiences of all involved athletes in the Maggie Haney case are fully considered as part of the ultimate resolution of the case,” the federation’s statement said.

Haney’s case has roiled the sport of gymnastics as athletes confront a longstanding culture of emotionally and verbally abusive coaches and their sometimes harsh, dangerous methods.

Her suspension derived from accounts of gymnasts — including Laurie Hernandez, an Olympic gold medalist — who said Haney forced them to train through injuries, mocked them and made an effort to silence their complaints and undermine the girls’ relationship with their parents.

At the hearing, Hernandez testified that Haney ridiculed her figure and belittled her when she complained about pain, even when Hernandez was made to train on what turned out to be a broken wrist.

The hearing panel found that Haney “failed to maintain proper boundaries” within her coaching relationship with Hernandez and engaged in “intimidating, humiliating and offensive” behavior toward her.

“The toughest part about it was that there were no bruises or marks to show that it was real,” Hernandez said in an interview in April after the panel penalized Haney. “It was all just so twisted that I thought it couldn’t be real.”

Another gymnast, Riley McCusker, who has a good chance of making the United States Olympic team for next summer’s Tokyo Games, has filed a lawsuit against Haney, accusing her of forcing her to train with injuries including stress fractures in one foot, a fractured pelvis and a potentially serious condition called exercise-induced rhabdomyolysis, which is a breakdown of muscle fibers that could cause kidney damage.

Haney has vehemently denied those accusations. McCusker’s testimony was among the four cases voided in the arbitrator’s ruling. When reached by telephone, her mother, Jessica McCusker, who testified at the hearing, on Tuesday declined to comment on Haney’s reduced suspension.

Haney, in an interview last month, expressed some regret over her coaching methods, but said she never intentionally harmed athletes. She portrayed herself as among a dying breed of demanding coaches.

She said in the interview that U.S.A. Gymnastics had overreacted to complaints against her as it sought to garner public support after the Lawrence G. Nassar sexual abuse scandal shook the sport. Nassar, the longtime national team doctor, is now imprisoned for molesting more than 200 girls and women, including national team and Olympic gymnasts.

MG Elite, Haney’s program, run out of a gym in central New Jersey, remains open, and Haney said more than 30 gymnasts were still training there. A number of parents have defended Haney.

“It upsets me greatly to see what’s happening in the sport of gymnastics, and that so many girls have reported allegations of abuse, but this never happened in my program,” Haney said in a statement, adding that she felt “unfairly targeted” by U.S.A. Gymnastics.

U.S.A. Gymnastics officials have been trying to change a toxic culture that includes emotional and physical abuse of athletes that for decades was not only tolerated but often encouraged. Before the Nassar scandal, the sport welcomed overbearing coaches who demanded obedience from their young gymnasts because that coaching style was thought to create winners.

But the transition to a new climate is easier said than done, and deciding how and whether to punish coaches has been fraught.

Haney has said punishments of coaches have been inconsistent, or not given at all, and asserted that the hearing process lacked due process, a point the arbitrator made in his decision regarding some of the gymnasts who brought accusations.

In addition to McCusker, the other three gymnasts whose accusations were voided by the arbitrator were Cameran Edwards, Zoe Gravier and Skyelar Kerico. They had accused Haney of abuse and bullying that included threats and her cursing at them and calling them degrading things like lazy and emotionally disturbed, forcing them to train despite injuries and screaming at them so much that it damaged their self-esteem and made them scared of her. Cameran Edwards’s mother, Reaona Jones-Edwards, declined to comment on the reduced suspension. The parents of the other two gymnasts didn’t immediately return phone calls requesting comment.

Katherine Starr, a two-time Olympian for Britain and founder of Safe4Athletes, an organization that advocates for athletes abused by a coach or a teammate, said the sport should not solely rely on U.S.A. Gymnastics to make improvements. She said athletes need to be trained to speak clearly and freely about the abuse they are experiencing, and coaches who abuse athletes need to address underlying issues as to why they lash out at their athletes in the first place. Parents, Starr said, also need to learn that they cannot ignore abuse just because they hope to raise a champion.

Over all, she said, those in the sport have many steps yet to take, and U.S.A. Gymnastics is responsible for taking the lead.

“Right now, that’s not happening,” Starr said. “They don’t understand how to change the system and don’t even have their ship pointed in the right direction.”