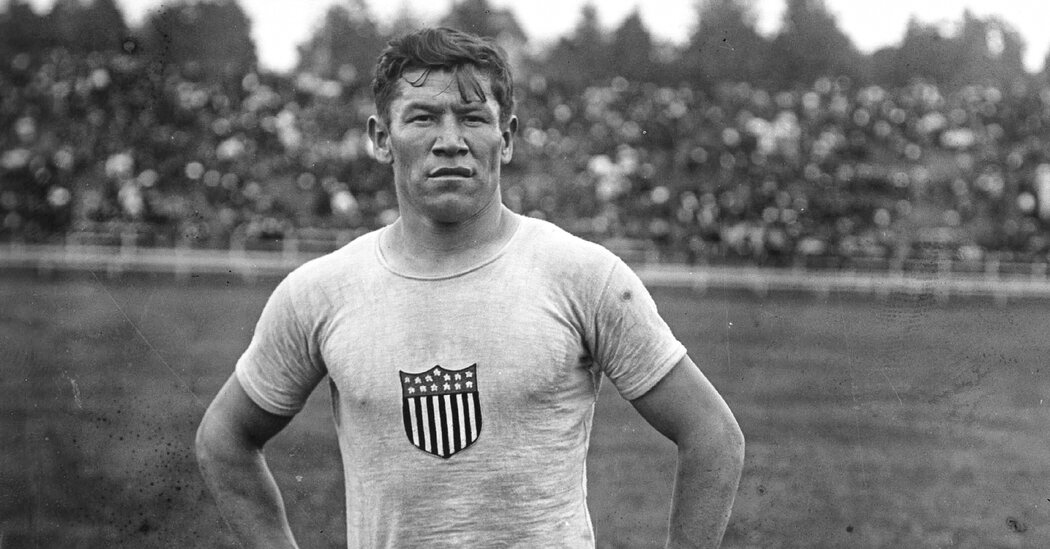 It is almost universally viewed today as one of the great sports injustices: Jim Thorpe, the world’s greatest athlete at the time, was stripped of his Olympic decathlon and pentathlon gold medals from 1912 after it was discovered he had earned a few dollars playing baseball.

Justice seemed to be served in 1982 when the International Olympic Committee agreed to posthumously return his gold medals after years of resistance. But despite the victory, some felt the committee did not go far enough, and more than 100 years after he won, the dispute over Jim Thorpe’s gold medals continues.

When he was previously given his titles, Thorpe was formally crowned the co-champion of the events. The men who were elevated to first after his disqualification, Hugo Wieslander of Sweden in the decathlon and Ferdinand Bie of Norway in the pentathlon, would remain officially gold medalists as well, despite being beaten soundly by Thorpe. Both of those men expressed great reluctance to accept the gold medals.

Now, a movement has been renewed to award Thorpe his titles on his own and remove Wieslander and Bie’s golds from the record books. Anita de Frantz, the longtime American member of the International Olympic Committee, has asked the committee to reconsider the matter, and a decision may come by the end of the year.

“Is there half justice?” asked Nedra Darling, a citizen of the Prairie Band Potawatomi Nation whose father was a longtime friend of Thorpe’s. “It’s outrageous that the records were not corrected in 1982.”

De Frantz, like many of those who have been fighting for Thorpe for years, is passionate about his case. “Thorpe’s reputation has been sullied,” she said.

Thorpe was a Native American from the Sac and Fox Nation in Oklahoma and attended Carlisle Indian Industrial School in Pennsylvania. His feats on the football field there were legendary: In 1911, Carlisle upset Harvard thanks largely to Thorpe.

But at the same time, Thorpe, like just about every other Native American, faced discrimination. The founder of Carlisle, Richard Henry Pratt, had an educational philosophy that Pratt summed up as “Kill the Indian, save the man,” and believed Native Americans must shed their culture and assimilate into mainstream American culture.

Thorpe, who excelled at a dozen or more sports, headed to the 1912 Olympics in Stockholm to compete in the decathlon and another now defunct track contest, the pentathlon. He won both, was hailed internationally and got a ticker-tape parade up Broadway in New York.

But the next year it emerged that he had earned $25 a week playing minor league baseball a few years before. Under the strict amateurism rules of the era, he was stripped of his gold medals.

Oddly enough, it was American officials who pushed the hardest to take away his medals. They were motivated by an almost fanatical devotion to the notion of amateurism, and, most historians say, a healthy dose of racism.

His amateur status revoked, Thorpe began a major-league baseball career, playing outfield from 1913 to 1919 for the New York Giants, Cincinnati Reds, and Boston Braves. Remarkably, he shifted to professional football in 1920 and played until he was 41 with six teams, including the New York Giants. His New York Times obituary called him “probably the greatest natural athlete the world had seen in modern times.”

In 1982, after lobbying by many advocates, the I.O.C. decided that his titles would be reinstated. His family received two gold medals, cast from the original mold. But Wieslander and Bie would remain co-champions of the events.

Wieslander’s medal was eventually stolen from a museum in the 1950s, and Bie’s has also apparently been lost, so there would not seem to be an issue of reclaiming them should Thorpe be declared sole champion.

A key piece of evidence in Thorpe’s case, in the 1980s and today, is the regulations of the 1912 Games. Despite being told that there were no written rules, Florence Ridlon, an advocate for Thorpe, searched the Library of Congress in 1982 and eventually discovered them between two bookcases. They revealed that protests against gold medalists had to be made within 30 days; Thorpe’s brief professional baseball career was not uncovered until six months after the Games.

Ridlon, who founded the Jim Thorpe Federation with her husband, Bob Wheeler, a Thorpe biographer, to fight for his case, said when she made the discovery, “I sat on the floor and cried.”

The dispute over his gold medals is not the only controversy that has brewed in recent years over Thorpe. His family sought to have his remains moved from a town in Pennsylvania that agreed to rename itself for Thorpe, and reburied within the Sac and Fox Reservation in Oklahoma. In 2015, the Supreme Court declined to hear the case, and Thorpe’s remains were not moved.

The advocates who have taken up Thorpe’s Olympics case are unanimous that his being co-champion is not enough and that even a century-old wrong must be rectified.

Of course the advocates, many of whom have been fighting for Thorpe for decades, may lose this latest round, if the I.O.C. chooses not to declare him the sole champion of his events. If they do lose, said Taylor, the fight will continue. “We’re not going to let up until this wrong is finally righted.”