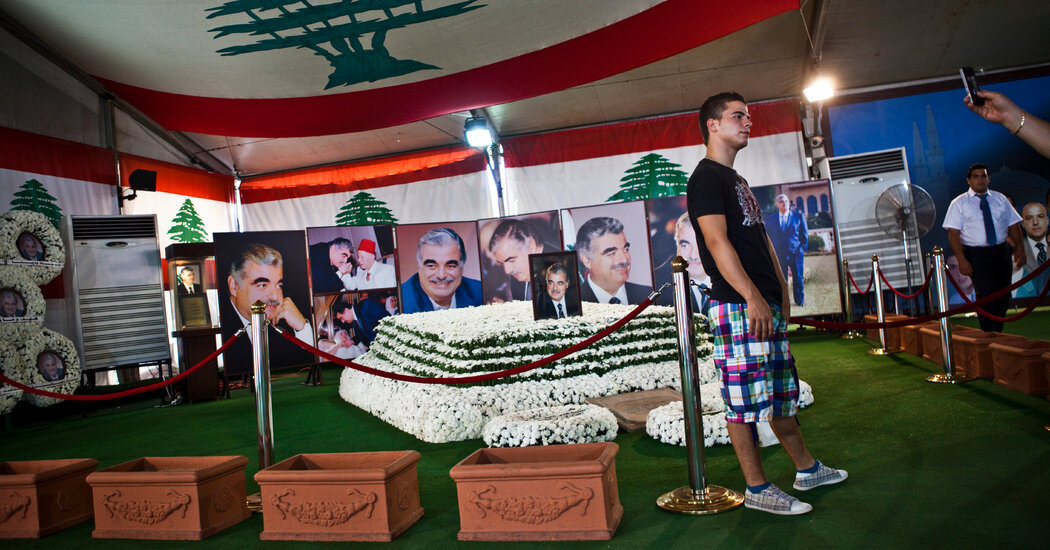 BEIRUT, Lebanon — A United Nations-backed tribunal in The Hague on Friday sentenced a member of the Hezbollah militant group to life in prison after convicting him in absentia of conspiring in the 2005 car-bomb attack that killed former Prime Minister Rafik Hariri of Lebanon.

The defendant, Salim Ayyash, was convicted in August on five charges related to the attack, and on Friday the court sentenced him to a life sentence for each one, to be served concurrently. But the sentence was entirely symbolic because Mr. Ayyash, whose whereabouts remain unknown, was tried in absentia. That means that if he is apprehended, he will have to be tried all over again.

The sentencing was a muted final note to a vast and expensive effort to bring the perpetrators of the most significant political assassination in Lebanon’s modern history to account. But after millions of dollars spent on investigating and trying suspected perpetrators of the 15-year-old crime, not a single person has been punished.

“Lebanon is a parliamentary democracy,” Judge Nosworthy said. “Its politicians and leaders should be removed from office at the ballot box rather than by the bullet or a bomb.”

The special tribunal was established at the behest of the United Nations Security Council in 2009 after Lebanon failed to investigate the crime. It can only try individuals, but Judge Nosworthy said that a state had most likely been behind Mr. Hariri’s killing and that the country with the most to gain from it was “most likely Syria.”

At the time of Mr. Hariri’s killing, Syrian forces occupied Lebanon and interfered deeply in the country’s politics, supporting Syria’s Lebanese allies, including Hezbollah, and undermining its foes. Many in Lebanon believe that Syria oversaw Mr. Hariri’s killing to eliminate a political challenger. Syrian officials have repeatedly denied any involvement by their government.

The judge also suggested that Hezbollah, a powerful militia and political party backed by Iran that the United States and other countries consider a terrorist organization, had been protecting Mr. Ayyash from being arrested.

The court issued new warrants for Mr. Ayyash’s arrest and authorized its prosecutor to request a “red notice” from Interpol, the international law enforcement organization, asking its member states to secure his arrest.

A huge car bomb killed Mr. Hariri and 21 others near Beirut’s Mediterranean coastline on Feb. 14, 2005.