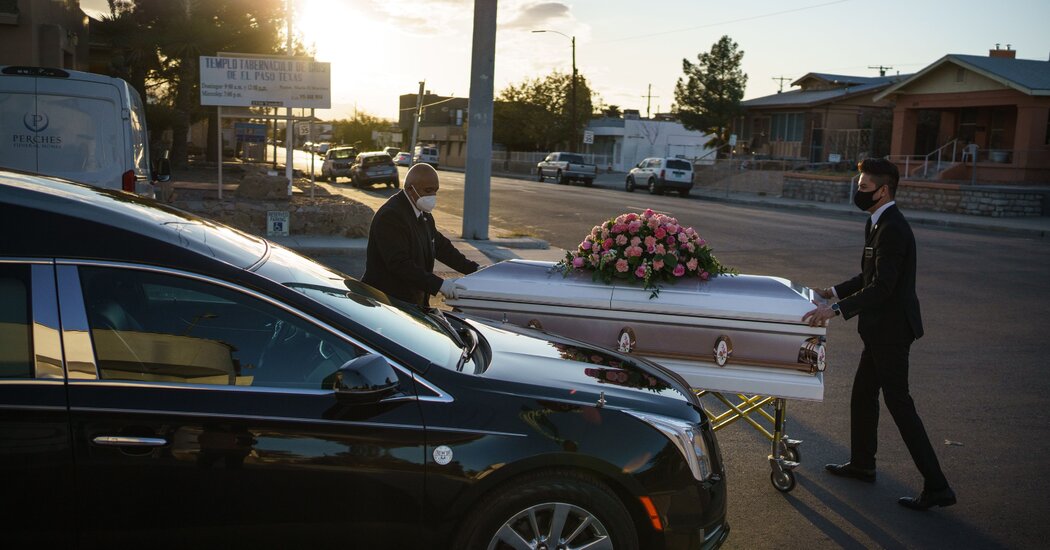 The new daily record of coronavirus deaths is a stunning number in and of itself.

But it’s not just that at least 3,055 deaths were reported on Wednesday for the first time since the pandemic began, far surpassing the spring peak of 2,752 deaths. It’s that the nation lost 3,055 people who once blew out birthday candles, had triumphs and stumbles, and laughed and cried — before succumbing to the virus.

In a single day, the country, numbed and divided, lost more Americans to the coronavirus than were killed in the Sept. 11 attacks or the attack on Pearl Harbor.

And it appears far from over.

“The worst is yet to come in the next week or two or three,” said Catherine Troisi, an infectious-disease epidemiologist at the UTHealth School of Public Health in Houston. “What happens after that is going to depend on our behavior today.”

Dr. Troisi, said she expected the death toll to accelerate in part because current numbers most likely do not reflect infections from Thanksgiving gatherings.

During yet another week of loss, the virus took the lives of the young and the old, the healthy and the sick, the prominent and the ordinary people known best by those who loved them.

They include Lillian Blancas, a proud daughter of immigrants, part of the first generation in her family to attend college and a lawyer in El Paso who was on the brink of fulfilling her dream of becoming a judge.

Ms. Blancas, 47, died alone in her hospital room this week, just before a runoff election on Saturday in which she was the favorite.

In Ms. Blancas’ hometown of El Paso, Linda Azani, the assistant manager of Perches Funeral Homes, said the virus toll was so steep that “there’s not enough of us to go around.”

“Not enough directors to see families,” she said. “Not enough facilities to have funerals. Not enough chapels.”

But the virus surge is no longer isolated to any one place. Across the country, officials and funeral homes are sounding the alarm.

Barbara Ferrer, a seasoned public health director in Los Angeles County, choked up this week while recounting the cumulative death toll in her area: over 8,000 people. So many people are dying in Amarillo, Texas, that there is a two-week wait to be cremated.

Almost every call coming into the Bauer Funeral Home in Effingham, Ill., involves a request for a service for a Covid-19 victim. In the last week, nine of the 13 deaths were from the virus.

“It seemed like every time I answered the phone it was somebody passing at a nursing home or a hospital from Covid,” said Mr. Young. Sometimes there were two or three a day. With cases rises after Thanksgiving, he is bracing for even more.