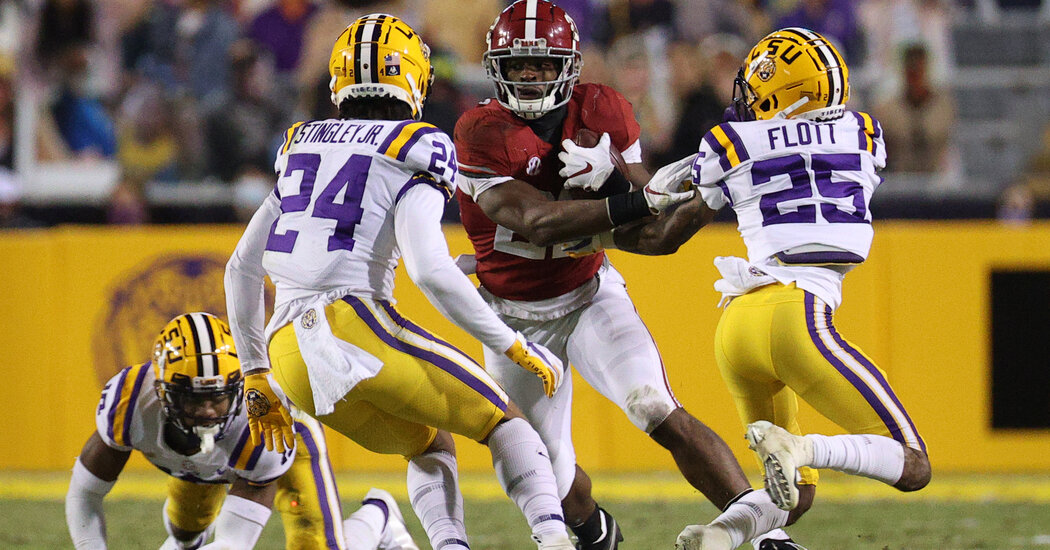 More than 6,600 college athletes, coaches and staff members have tested positive for the coronavirus this year, a dispiriting measure of the pathogen’s reach across the United States and its spread among some of the country’s most closely monitored people.

At least 6,629 people who play and work in athletic departments that compete in college football’s premier leagues have contracted the virus, according to a New York Times analysis. The vast majority of those infections have been reported since Aug. 15, as players, coaches and the staff members around them began preparing for the fall semester, including football season.

The actual tally of cases during the pandemic is assuredly far larger than what is shown by The Times’s count, the most comprehensive public measure of the virus in college sports. The Times was able to gather complete data for just 78 of the 130 universities in the National Collegiate Athletic Association’s Football Bowl Subdivision, the top level of college football. Some of those schools released the statistics only in response to requests filed under public records laws.

The remaining schools, many of them public institutions, released no statistics or limited information about their athletic departments, or they stopped providing data just ahead of football season, drawing a curtain of secrecy around college sports during the gravest public health crisis in the United States in a century.

No athletic department that shared data reported any deaths associated with the virus, the spread of which the N.C.A.A. did not track at its member schools.

Most members of the Southeastern Conference, the college football league that many people fear, respect and revile in equal measure, for example, refused to provide complete data. The Times found at least 587 cases in its athletic departments.

Experts believe that few, if any, of the infections in college sports are linked to the games themselves and are far more often traceable to meetings, meals, travel or nonathletic activities that then seed cases. The data gathered by The Times, though, shows at least some of the consequences and risks of a porous, multibillion-dollar athletic network centered on college campuses.