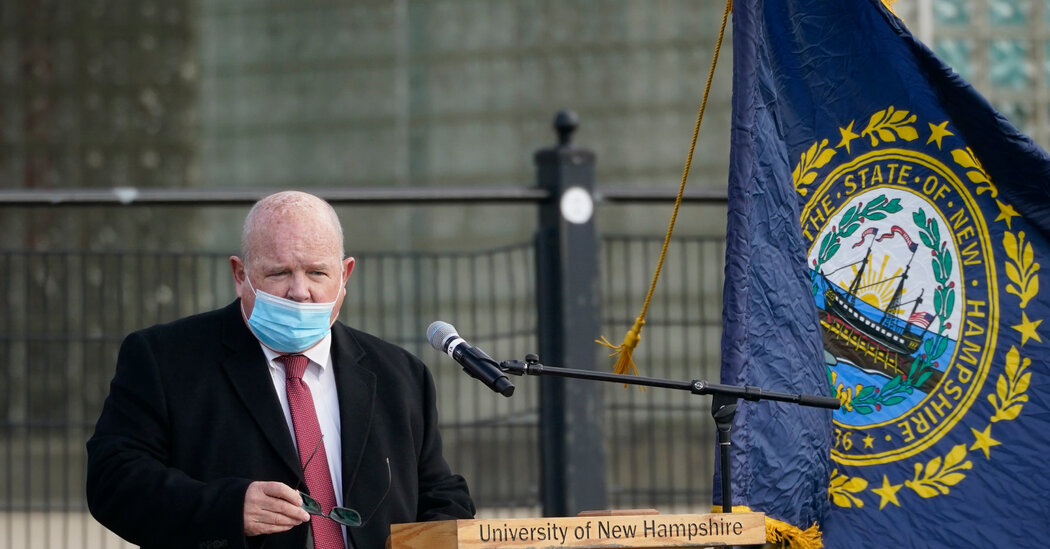 The New Hampshire State Legislature was already fiercely divided over the coronavirus when the new Republican speaker of the House of Representatives, Richard Hinch, died suddenly on Wednesday. Then came the news on Thursday that the cause of his death was Covid-19.

Mr. Hinch, who was 71, died just a week after he was sworn in as speaker — and about three weeks after an indoor meeting of his caucus that led to several members contracting the virus, an event that Mr. Hinch had tried to play down in public remarks. It was not clear whether he, too, had caught the virus at the caucus meeting.

The news will undoubtedly heighten tensions among state lawmakers, who have been at odds over the refusal of many Republican lawmakers to wear masks or take other pandemic precautions seriously. Splits have opened not just along partisan lines but also within the Republican ranks.

William M. Marsh, a Republican state representative, said the responsibility for Mr. Hinch’s death lies on the shoulders of a group of Republican members who refused to take precautions like wearing masks and maintaining social distance, and who leaned on others to do the same. “The peer pressure from colleagues is the root cause of what happened to my friend,” Mr. Marsh said of Mr. Hinch.

Democratic lawmakers, who held a majority before the Nov. 3 election, have been in an uproar over the Republican caucus meeting, which was held on Nov. 20 at a ski area. Democrats say they were kept in the dark about the infected lawmakers while Republicans were informed.

The Democratic former speaker, Steve Shurtleff, said he was troubled by Mr. Hinch’s support of Republican lawmakers who refused to wear masks on the House floor, whom Mr. Hinch had called the “patriot section” and the “freedom group.”

“It’s so ironic, looking back,” Mr. Shurtleff said on Thursday. “I know he was just doing his job as a Republican leader, defending his members and his caucus, but it seems so senseless now.”

Mr. Shurtleff said he hoped that the acting speaker would arrange for the House to meet remotely when its next session convenes in January, because he did not expect the mask-resistant Republicans to change their behavior. “I don’t think there will be any remorse,” he said. “There may be remorse at his passing, but not so much at the cause.”

Gov. Chris Sununu, a Republican, said on Wednesday that Mr. Hinch was “a fierce defender” of the state, “a close friend and a respected public servant.” He, too, was critical of lawmakers who refuse to wear masks. “For those who are out there doing just the opposite, just to make some sort of bizarre political point, it’s horribly irresponsible,” he said. “Use your heads, don’t act like a bunch of children.”

The State Senate and House each held their organizational meetings outdoors in 40-degree weather last week. About 130 members of the 400-seat House did not attend in person and were sworn in remotely, according to The Associated Press.

Republican lawmakers in at least two other states where mask wearing and other restrictions have been politically contentious have tested positive in recent days: