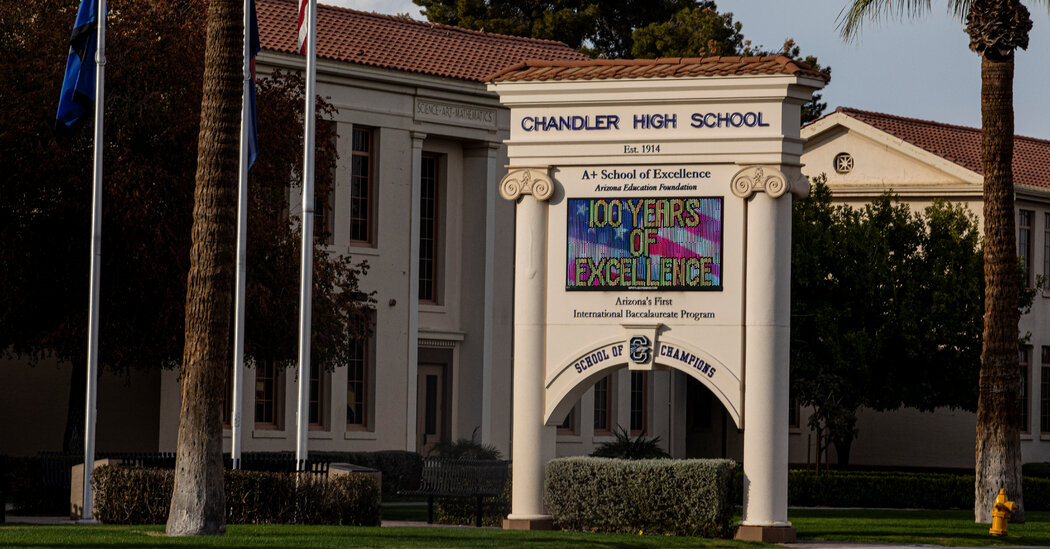 About 100 teachers in Arizona’s third-largest school district staged a sickout on Friday, demanding that schools close after winter break and stay remote until the region’s positivity rate declines.

The protest in the school district, Chandler Unified, a sprawling string of suburbs east of Phoenix with 46,000 students, was planned in opposition of the district’s recently announced plan to continue with in-person instruction in January despite a steep rise in infections in the region, according to a letter that teachers sent to the district on Thursday.

“When we returned to in-person learning, teachers and parents did so with the understanding that if any one metric went into the red, we would return to virtual learning,” the letter states. “We were also assured that we would not be expected to teach virtually and in-person at the same time. Both of those promises have now been broken.”

The sickout represents a small fraction of the district’s 2,000 teachers, and the district said it had found enough replacement teachers to keep all of its schools open. But it underscores the anxiety of many teachers in a county that has reached new peaks in cases and deaths from the virus in recent weeks.

Both the state and Maricopa County, home to the Chandler school district, set single-day case records within the past week, and Maricopa County added more cases on Thursday than almost any other county in the United States. This month, both parents of a Chandler High School student died hours apart of complications related to Covid-19.

Over 8,000 new cases and at least 77 deaths were reported in Arizona on Friday. It is currently one of the states in the country where the cases are higher and staying high, according to a New York Times database.

More than three-quarters of the district’s students are attending all of their classes in person, with the rest receiving all-remote instruction.

“Our educators are exhausted and stretched to their breaking point,” said the Chandler Education Association, a teacher advocacy group.