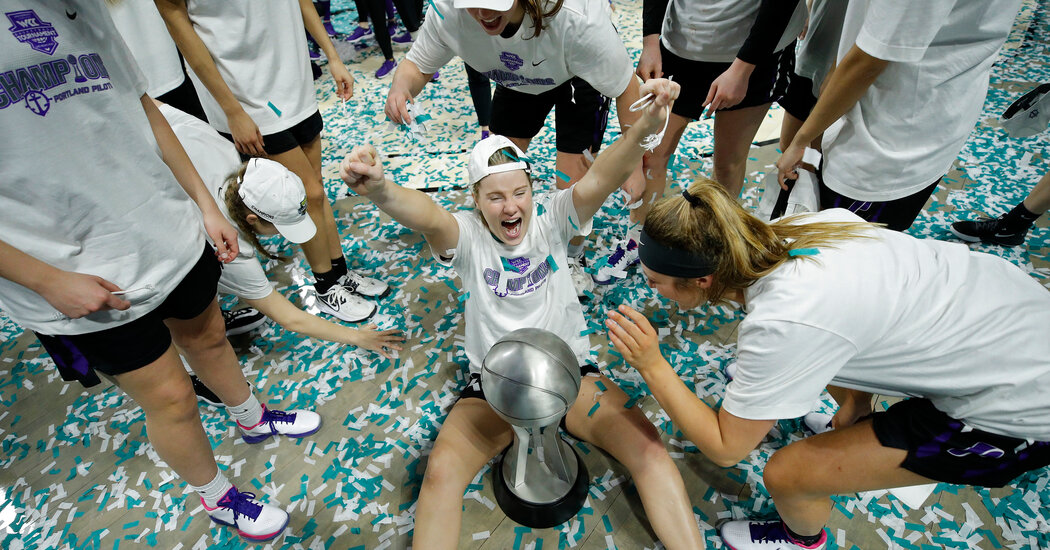 The 2021 N.C.A.A. women’s basketball tournament will be held in one region in hopes that reduced travel will limit the spread of the coronavirus across the 64 teams expected to play, the Division I Women’s Basketball Committee announced Monday, mirroring the format set last month for the men’s competition.

In its announcement, the committee said it was still finalizing dates and venues, but that it was in preliminary talks with officials in the area surrounding San Antonio to host the 63-game tournament in late March and early April.

“Conducting the championship in one geographic region allows for more planning and execution of safeguards that provide potential benefits for promoting the health and safety of student-athletes, the N.C.A.A. membership and all individuals involved in the championship,” Nina King, chair of the committee and a senior deputy athletic director at Duke, said in the announcement.

Typically first- and second-round games are hosted by 16 teams across the United States based on seeding. From there, the tournament feeds into regional sites and culminates in the Final Four at one location. Before Monday’s announcement, regional host sites had been declared for Albany, N.Y.; Austin, Texas; Cincinnati; and Spokane, Wash. San Antonio was already designated to host the Final Four in the Alamodome. The change would place all rounds in Texas, if those plans are finalized.

Texas has not been exempt from the rising virus cases across the U.S. in recent weeks, adding an average of 12,515 cases per day over the last week — an increase of 18 percent from the average two weeks earlier, according to data compiled by The New York Times. Bexar County, where San Antonio is, has had one of the highest daily averages of new cases among the state’s counties over the past seven days, according to the same data.

“We were already preparing to host a tremendous Women’s Final Four; the opportunity to develop a plan for hosting all 64 teams is both exciting and a great opportunity for our local economy,” Mayor Ron Nirenberg of San Antonio said in the news release.

The N.C.A.A. announced last month that the 68-team Division I men’s basketball tournament would also be held in one region and that it was in preliminary talks with officials in Indianapolis, where the N.C.A.A. is headquartered, to host the event. The 2020 Division I basketball tournaments were among the first major sporting events in the U.S. to be canceled as the pandemic escalated in the country in March.

Lynn Holzman, vice president for women’s basketball at the N.C.A.A., said in a statement that the organization would work to create “a special championship experience” at the tournament for all 64 teams in “the safest possible environment for college athletes and officials.”