Shane Kimbrough is a NASA astronaut

From infinity and beyond, he found a way to vote.

Shane Kimbrough, a NASA astronaut currently living on board the International Space Station, filed his ballot in Tuesday’s presidential election, according to a Tumblr post by NASA.

NASA told Yahoo News that Kimbrough filed his ballot in the 2016 election from the space station sometime over the past few days.

For astronauts who will be in space on Election Day, the voting process starts a year before launch. At that time, they are able to select the elections in which they want to participate.

Then, six months before the election, astronauts are provided with the form “Voter Registration and Absentee Ballot Request – Federal Post Card Application.” 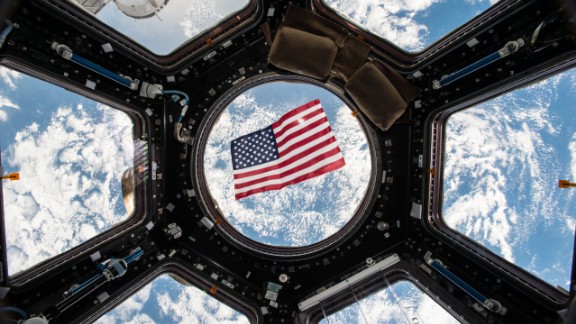 Image Kjell Lindgren released on social media of the US flag floating in the Cupola module.
PHOTO: Courtesy of NASA

NASA astronaut David Wolf was the first American to vote in space while on the Russian Mir Space Station in a 1997 local election, according to NPR.