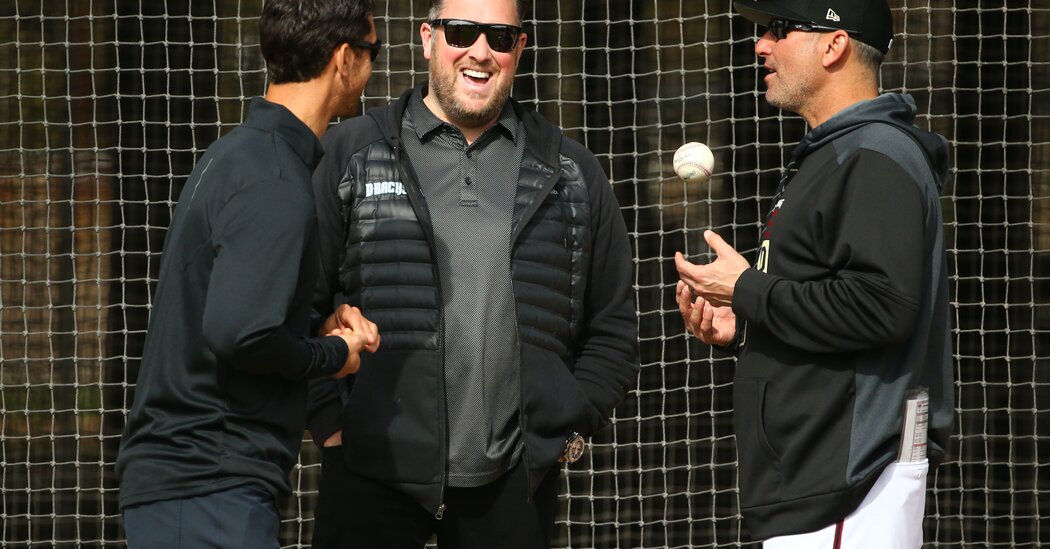 Jared Porter owns four championship rings from his 17 seasons as a baseball executive. The Mets, who introduced Porter as their new general manager on Monday, have won two rings in their 59 seasons. Porter keeps his rings locked away, he said, and never wears them. But the lessons he learned in winning them could help the Mets get their third.

Early in his career, as an assistant in player development for the Boston Red Sox, Porter sat in a suite with Theo Epstein, the team’s architect. This was 2007, and the Red Sox were on their way to their second title in four years. But the Yankees had signed a skinny pitcher with a dazzling changeup, Edwar Ramirez, from an independent team in Texas called the Edinburg Coyotes. They had found a major leaguer in a place the Red Sox had missed.

“We need to do a better job in the independent leagues,” Epstein told his staff, as Porter recalled in a news conference conducted via video call on Monday. “Why aren’t we on these guys? Why aren’t we more aggressive? We need to figure out a process to improve this.”

That winter, Porter spent $1 to sign Daniel Nava, the best hitter on the independent Chico (Calif.) Outlaws. In 2013, Nava hit .303 as a regular for the Red Sox and helped them win their next championship.

Players like Nava — similar to the misfit toys Billy Beane found for the “Moneyball” Oakland Athletics — do not carry teams to World Series glory. Superstars usually matter most, and they are grown in a farm system or acquired in trades or through free agency. The Mets did not hire Porter simply to spend the fortune of their new owner, Steven A. Cohen, on obvious targets; anyone could do that. They hired him to work with team president Sandy Alderson on finding the smartest way to use Cohen’s money.

“I think what the fans want is not that we win the off-season, but we win the season, and there are several different ways to achieve that,” Alderson said. “If we have ‘X money’ to spend, we’ll probably spend it, but we have to make decisions about how we do that. So we’re trying to be judicious, but we’re definitely talking and we’re definitely in the market and we definitely have the capacity. What we really have to do, then — given all of those things, resources and so forth — is to make good judgments.”

Porter’s teams have done that. After 12 seasons with the Red Sox, he joined Epstein in with the Cubs as pro scouting director. After Chicago won the World Series in 2016, Porter moved on to Arizona as an assistant general manager. The Diamondbacks reached the playoffs in his first season.

The Mets, meanwhile, had three winning records in their last 12 years under Fred Wilpon’s ownership.

“What we’ve talked about the most is just a cultural shift, for one, adding good people to the organization, adding depth to the roster,” said Porter, who repeatedly emphasized the final point. “Having a setup where it’s really hard for teams to prepare against you because you have a good layer of players coming behind them is critical.”

To that end, Porter said, there would be no excuses: if pitchers get hurt, if position players slump, it is on the front office to gather enough talent to withstand it. As for Cohen’s declaration that he would be disappointed to not win a championship within five years, Porter said he loved it.

“Hearing comments like that motivates me,” he said. “It really excites me. It shows a strong commitment from ownership who wants to win, who wants to put a winner on the field for the fan base in New York, and I completely align with that. I want those expectations.”

Alderson said he had never dealt with Porter directly before the interview process, but found a connection quickly.

“I was taken immediately by his personality,” Alderson said. “His history in the game stands on its own, but from my standpoint, it was important that we find somebody who was personally committed to the job and enthusiastic about it, and secondly, somebody that I felt that we could all work with — not because all of his thoughts and vision is perfectly consistent with ours, but because I think he would drive the organization to a higher level.”

Former colleagues describe Porter, 41, as creative and collegial, valuing both traditional scouting viewpoints and modern metrics. Jim Duquette, the former Mets general manager who now works for SiriusXM and SNY, said a broad range of baseball people reached out to him to praise the move, underscoring Porter’s facility in all phases of the game.

“He and Sandy are more aligned than they might even know,” Duquette said. “Sandy is very practical and methodical in his decision-making, and that’s what it sounds like Jared is, too. When he makes a recommendation, it’s thorough, it’s thoughtful.

“We always talk about guys in the front office: do you have a feel for people, and a feel for evaluation? He has that feel, from a makeup side of things, to make sure a player fits into the equation. All of those things are skills that are not easily learned.”

Porter, a Minnesota native, was captain of the baseball and hockey teams at Bowdoin College in Maine. He started in baseball as an intern for the Brewster Whitecaps of the Cape Cod League, then interned for the Red Sox at their spring training site in Fort Myers, Fla., before making his way to Boston and beyond.

“The best thing about Jared is his ability to listen, his ability to hear what I was saying,” said Diamondbacks Manager Torey Lovullo, who called Porter one of his best friends in baseball. “Whether he wanted to or not, he always applied what I was saying. As crazy as my suggestions may or may not have been, he would always accept it, and that meant a lot to me.”

Now, Porter’s voice will have more influence than ever as part of a collaboration that could help him add an “N.Y.” ring for his thumb.