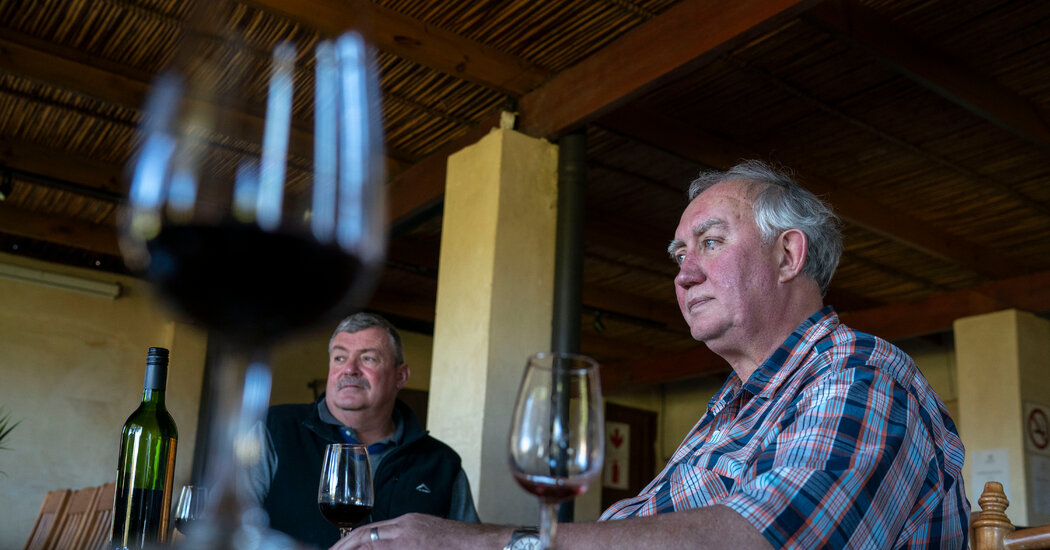 The murder attracted global attention: A white South African farmer was shot dead in his home last year, not long after seeing his vineyards invaded by shack dwellers.

The farmer, Stefan Smit, reported receiving death threats after seeking to evict the squatters, whose housing occupation had become a flash point in a wider political fight over land in South Africa.

So when Mr. Smit was killed in June 2019, some people saw the case as evidence of targeted attacks against white farmers — a rallying point among local white minority rights groups and their allies in the United States who claim, in spite of contrary evidence, that white farmers are killed at higher rates than other South Africans.

That narrative has been upended now, after the arrest of three people on murder charges — including Zurenah Smit, 54, Mr. Smit’s widow.

The police began the arrests on Thursday, bringing in two Cape Town men, including a former police officer whom Mr. Smit had hired to help with security. A police spokesman said that day that the police had also raided the home of a 54-year-old woman who escaped and became a fugitive, but they would not identify her.

On Monday, Ms. Smit turned herself in at the Stellenbosch police station, officials said, and she was confirmed as the third person to be charged with murder in connection with Mr. Smit’s shooting.

In text messages with a reporter for The New York Times, Ms. Smit claimed she was the victim of “conspiracies” and said, without producing evidence, that she had received multiple death threats. She would not respond to questions about being considered a suspect in the case.

According to local news reports, Ms. Smit was present the night of the shooting, when four men entered the farmhouse through an unlocked door and fired several times at her husband. A bodyguard hired by Mr. Smit, Bradley van Eyslend, was in an adjoining room but later told investigators that he hadn’t heard any gunshots.

Mr. Van Eyslend was not one of the men charged, officials said. But his half brother, Derek Sait, who was also part of Mr. Smit’s security team, was one of the two men arrested on Thursday.

Mr. Smit was known to be extremely vigilant about security, and the unlocked door struck people who knew him as suspicious, said Julian Jansen, a journalist who has covered the case. Mr. Smit’s electric perimeter fence showed no signs of forced entry, and video footage showed no attackers arriving or leaving.

Yet in a country where farm killings have become a divisive and combustible issue, Mr. Smit’s killing immediately made headlines. The provincial authorities pledged to establish a new farm safety program, calling Mr. Smit’s murder “an attack on the economy.” On Fox News, Tucker Carlson devoted a segment to what he called “racist violence as brutal and indefensible as anything that happened under apartheid.”

While there are cases of white farmers being murdered in South Africa, sometimes brutally, there is no indication this stands out from the nation’s generally high levels of violent crime, according to researchers and fact-checking groups.

In Mr. Smit’s case, media coverage is starting to focus on an apparent dispute between his family and Ms. Smit, his second wife.

Several months before his death, according to local news media, he had removed Ms. Smit from his will, excluding her from an estate worth at least $7 million. Included in that figure was about $3 million from selling the occupied portion of his farm to the local municipality.

But after he was shot, Ms. Smit produced a different will proclaiming her to be the executor of the estate. Ms. Smit claimed that she had found the document folded inside a Bible.

In recent court filings, one of Mr. Smit’s daughters, Martine Smit, submitted a forensic report by a police handwriting expert claiming that Mr. Smit’s signature on that document had been forged.

Mr. Smit’s daughters and first wife declined to comment on the case for this article.