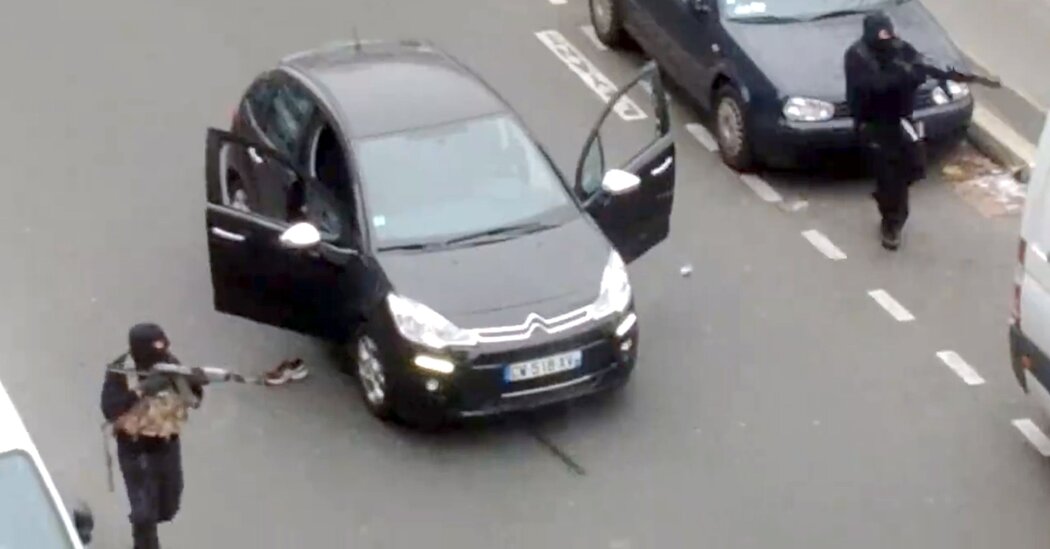 With the three perpetrators all dead — Saïd and Chérif Kouachi, the brothers who massacred the staff of Charlie Hebdo, were also killed in a shootout with police 2015 — the trial focused on people charged with providing logistical support, including cash, weapons and vehicles. They all proclaimed their innocence during the trial, sometimes in vehement outbursts suggesting the outcome of the proceedings was preordained.

The trial provided moments of agonizing drama. Video surveillance footage of the carnage at Charlie Hebdo was shown — “a war scene,” as one of the prosecutors put it. Stéphane Charbonnier, known as Charb, the director of the publication, was shot seven times, his body shattered. Survivors spoke of being haunted even now.

Corinne Rey, known as Coco, described the agony of being forced at gunpoint to punch in the entrance code to the office, where her colleagues were gathered around a table, laughing as they discussed editorial ideas before the shooting started. “It was a moment of extreme solitude,” she said. “Nobody can put themselves in my place.”

At Hyper Cacher, the kosher supermarket, the scene was scarcely less horrific. Yohan Cohen, one of Mr. Coulibaly’s victims, aged 20, agonized on the ground for some time after being shot. A survivor, in tears, described to the court her shame at blocking her ears because she could not bear Mr. Cohen’s screams. The widow of Philippe Braham, another victim, told the court she had not slept a night in five years and had to explain to her three young fatherless children that “a bad man killed your Daddy.”

But all the emotion left nothing resolved. Charlie Hebdo’s republishing of the cartoons, in the name of press freedom, at the start of the trial provoked indignation among France’s large Muslim community. A political storm followed as President Emmanuel Macron decided in October that the time had come to tackle the roots of what he called “Islamist separatism.”

The president’s determination led this month to a draft law to “reinforce Republican principles.” This targets the organization and funding of Islamist extremism. Attacked as inadequate by the right, it has been seized on by the left as a sign of a rightward shift by Mr. Macron.

The trial proved to be less catharsis than catalyst. France’s agonizing trial by jihadism goes on. The country is not moving on, not yet at least.