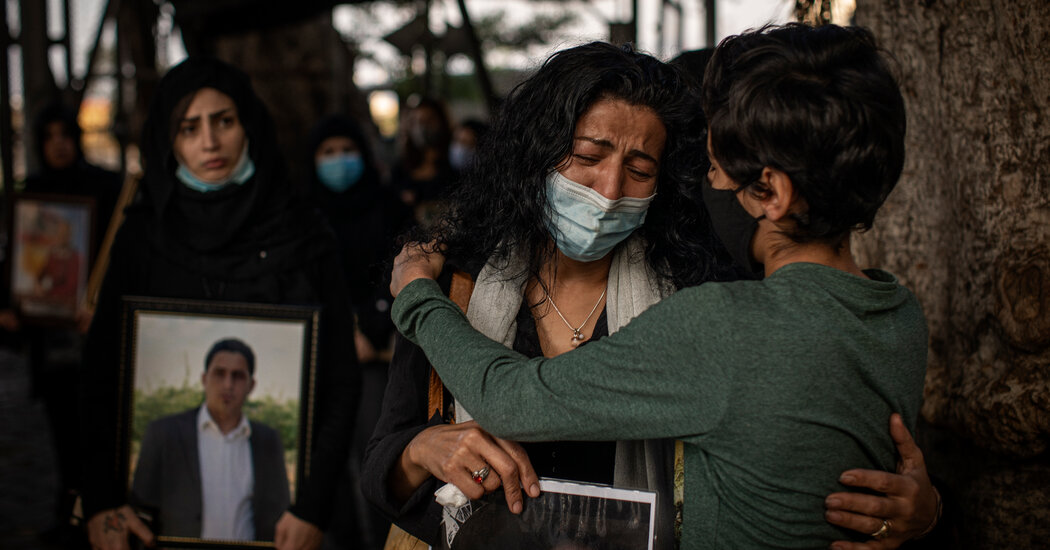 BEIRUT, Lebanon — More than four months after the largest explosion in Lebanon’s history sent a shock wave of death and destruction through Beirut, not a single official has accepted responsibility for the blast or publicly explained how a stockpile of explosive material was left unsecured in the Beirut port for six years.

In fact, powerful politicians are working to block the judge in charge of the investigation from questioning senior officials, much less holding them to account. On Thursday, the judge paused the inquiry to respond to an effort by two officials to have him removed from the case.

The blast — which killed 200 people, wounded thousands and inflicted billions of dollars in damage — was the starkest example yet of the grave dangers posed by the chronic corruption and mismanagement that have left the Lebanese with a dysfunctional state, poor services and a collapsing economy.

A broad coalition of angry citizens has cast the explosion as a watershed moment that could lead to real change in the way Lebanon is governed and break the culture of impunity that has long protected politicians from accountability. But they face fierce resistance from a political elite determined to preserve its prerogatives.

“This blast was a milestone in Lebanese history,” said Nizar Saghieh, a lawyer who heads The Legal Agenda, a rights watchdog. “It is not just about the blast, it is the whole system. If we fail in this battle, we will not be able to hold anyone accountable for the country’s collapse.”

Damage from the August disaster still scars much of central Beirut.

The government has done little in the hardest hit neighborhoods, so charities have taken the lead in piecemeal reconstruction efforts.

The explosion compounded the trauma of existing political and economic crises. Lebanon’s currency was collapsing, its banks were refusing to give people their money and its politicians had repeatedly failed to make reforms required to unlock international aid.

Street protests calling for an end to corruption and changes to Lebanon’s political system had torn Beirut apart, but failed to shake a system dominated by sectarian political parties that use the state to expand their power and enrich themselves and their loyalists.

The explosion was caused by the sudden combustion of a large stockpile of ammonium nitrate, a compound used to make explosives, that had been stored haphazardly in the Beirut port despite repeated warnings about its danger.

Prime Minister Hassan Diab promised a comprehensive investigation, and the task fell to a 60-year-old judge with little public profile, Fadi Sawan. Judge Sawan began questioning people in a windowless office in the Hall of Justice that was so small there was scarcely room for the case files, an associate said. He has since acquired more space, but his staff consists of only two clerks, who take notes by hand.

His task is immense: not only to determine what caused the explosion, but also to search for evidence of criminality related to the arrival of the ship that brought the chemicals to Beirut in 2013, the decision to store them in the port a year later and their handling since.

That mission put the judge on a collision course with powerful figures. Documents obtained by The New York Times and other news outlets after the blast showed that a range of senior officials had been warned about the ammonium nitrate — including the president, the prime minister, the head of the army, and a number of judges and ministers — and failed to have it removed or protected.

This month, Judge Sawan stunned the political establishment by charging four powerful politicians with criminal neglect causing death: Mr. Diab, who resigned along with his cabinet after the blast but has continued in a caretaker capacity; two former ministers of public works who oversaw the port; and a former finance minister who ran the customs authority.

Almost immediately, a range of political forces banded together to accuse the judge of overstepping his bounds.

The political party of President Michel Aoun said the judge might have broken the law. Hezbollah, the powerful Shiite Muslim militia and political party, accused him of “political targeting.” Former Prime Minister Saad Hariri, the most prominent Sunni Muslim politician, met with Mr. Diab to show solidarity against what he called “the clear and flagrant violation of the Constitution.”

None of the newly charged men have submitted to questioning, and two of them, who have also claimed immunity as sitting members of Parliament, filed a court motion to have Judge Sawan replaced. On Thursday, the judge suspended the inquiry for 10 days in order to respond.

Further escalating the challenge to his authority, the caretaker interior minister, Muhammad Fahmi, said this past week that he would not ask the security forces to arrest the accused ministers, even if warrants were issued.

The judge’s critics argue that current and former government ministers can be tried only by a special tribunal after they have been indicted by a two-thirds vote in Parliament.

Such a tribunal has never been activated in Lebanon’s history, nor has Parliament made any effort to do so since the explosion.

“What bigger event than the destruction of the port and half of Beirut do they need to constitute this council?” Charles Rizk, a former justice minister, said in an interview. “All of this is a hoax, a fraud to make everyone forget who was really responsible.”

But Lebanon’s Constitution states that the parliamentary process is only for charges of high treason and breach of official duties. Legal experts say that means that judges can charge officials for crimes that fall outside those categories, which appears to be what Judge Sawan is doing, although he has not publicly explained his reasoning.

Some of the accused officials have also claimed parliamentary immunity from prosecution, a proposition vigorously rejected by victims’ advocates.

“A crime like this and we need to look and see if there is immunity?” asked Melhem Khalaf, the president of the Beirut Bar Association, whose lawyers represent more than 800 blast victims seeking compensation. “We cannot accept the traditional behaviors for a nontraditional crime. We have to push for justice. This was not a car accident.”

However those claims shake out, they have set up a confrontation between the judiciary and Parliament and appear to reflect a move by top politicians to pull the case into the political sphere, which they control and which has rarely punished one of its own.

“Legality is important, but we are stuck with the politics, and the politics is stronger here,” Mr. Rizk said.

The political battle seems to apply only to Lebanon’s leaders.

Before this past week, Judge Sawan had questioned about 80 people and charged half of them with crimes. Twenty-five suspects have been detained, mostly low- to mid-level port, customs and security officials.

Judge Sawan has filed arrest requests with Interpol, the international police organization, for the ship’s Cypriot owner and its Russian captain and requested information from Mozambique, Belgium, Britain and other countries. He has received a technical report from the F.B.I. and is awaiting reports from Scotland Yard and a French forensics team that examined the blast site.

The investigation, which has no time limit, will conclude when he makes his findings public and announces formal indictments, starting the trial process.

But the Bar Association and other victims’ advocates insist that justice cannot be done if possible crimes committed by senior political and military figures are not investigated.

Groups of victims and their families have continued to press the government for answers, protesting in front of the homes of senior officials, including that of Judge Sawan.

“For sure, they need to hang up the nooses,” said Mahdi Zahreldine, 21, a protest organizer whose brother was killed in the explosion. “We need blood for blood for my brother.”

His modest family apartment was filled with photos of his brother, Emad, who had been an administrator at the port.

“I raised him and they brought him to me in pieces,” his mother, Alia Hatoun, said. “Everyone who knew that those materials were in the port must be punished.”