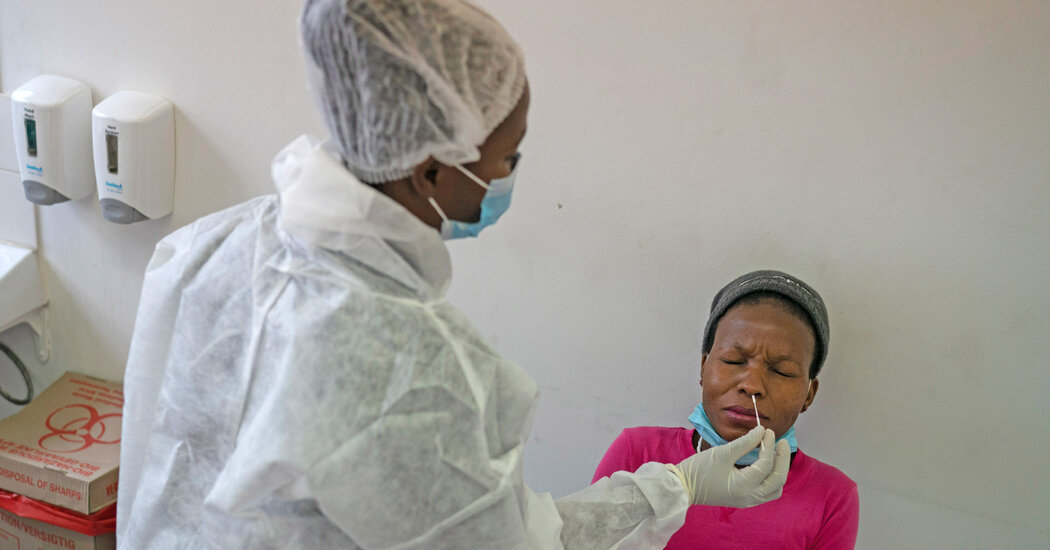 South African scientists and health officials announced on Friday the discovery of a new lineage of the coronavirus that has quickly come to dominate samples of virus tested in the country.

Scientists are examining this particular variant closely because it includes several changes in the part of the virus that allows it to attach to human cells, which is a key target for antibody therapies and vaccines.

The variant, named 501.V2, has also been associated in a preliminary analysis with faster spread and a higher load of virus found in swabs. It has not yet been linked to any difference in disease severity, and the findings have not yet been reviewed by other scientists or published in a journal.

“There is reason for concern that we have a virus that seems to be spreading rapidly,” Dr. Salim Abdool Karim, co-chair of the country’s ministerial advisory committee on Covid-19, said at a national news conference. He emphasized that public behavior was a major factor in driving the uptick in cases.

It is normal for viruses to collect tiny changes in their genetic sequences as they move through populations. Typically these changes, known as mutations, have little significance, and certain lineages can become more common by chance. But scientists across the world track them to assess whether they affect characteristics such as transmissibility, disease severity and the response to treatments and vaccines.

One of the mutations in the new South African variant, known as N501Y, is on the part of the sequence coding for the virus’s spike protein. It has been found in other countries, including Australia, which was able to control its spread, and Britain, which this week made a similar announcement that its new variant was most likely associated with faster spread in London, though a causal link has not yet been proven.

The new South African lineage now accounts for 90 percent of sequences analyzed in the country, an effort led by the Kwazulu-Natal Research Innovation and Sequencing Platform in Durban. “Clearly there’s still a lot of work to be done ahead,” Dr. John Nkengasong, director of the Africa Centers for Disease Control and Prevention, said at the news conference.