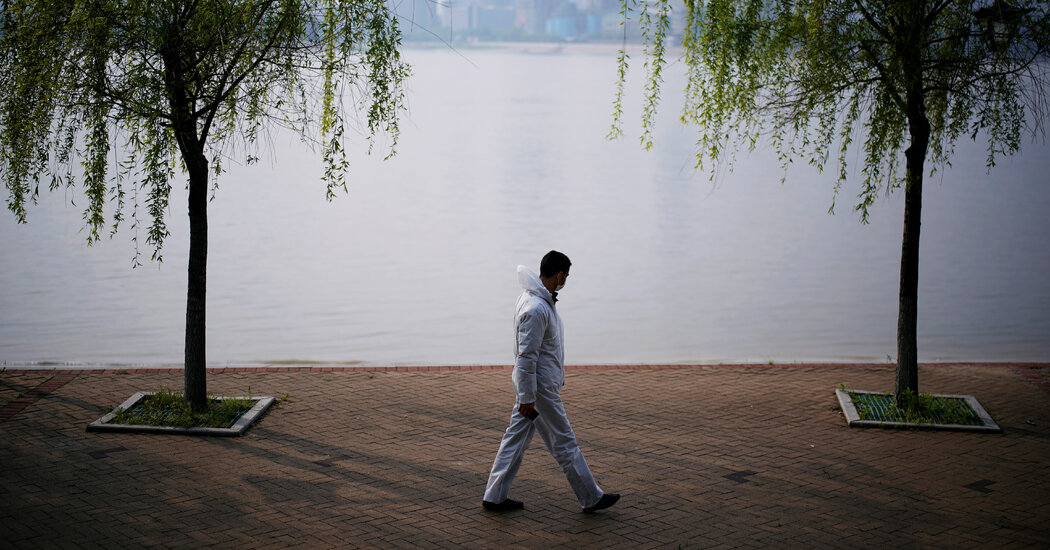 China’s fight against the coronavirus was mostly over, but Zhang Xiaochun, a doctor in Wuhan, was sinking into depression, convinced she had failed as a daughter and mother. She agonized over her decision to keep working even after her father fell critically ill. She worried about her young daughter, whom she had frequently left alone at home.

But rather than hide those feelings, as would have been common just a few years ago in a country where mental illness has long been stigmatized, Dr. Zhang consulted therapists. When friends and colleagues checked in on her, she openly acknowledged that she was struggling.

“If we can face such a huge disaster as this outbreak, then how could we not dare to talk about something so small as some mental health problems?” said Dr. Zhang, an imaging specialist.

The coronavirus pandemic, which started in China, has forced the country to confront the issue of mental health, a topic long ignored because of scarce resources and widespread social stigmas. In the Mao era, mental illness was declared a bourgeois delusion and the country’s psychiatric system was dismantled. Even today, discrimination persists, and many people with mental illnesses are shunned, hidden at home or confined in institutions.

But after the coronavirus outbreak, that kind of neglect has become increasingly untenable. The uncertainty of the pandemic’s early days has combined with the grief and terror of the subsequent weeks to leave a trauma both personal and collective.

At the height of China’s outbreak, more than a third of people around the country experienced symptoms of depression, anxiety, insomnia or acute stress, according to a nationwide survey by a Shanghai university. An expert in Beijing recently warned that the effects could linger for 10 to 20 years.

Because of the Chinese government’s top-down leadership, officials have mobilized quickly to provide help. Local governments have set up hotlines. Psychological associations have rolled out apps and held online seminars. Schools are screening students for insomnia and depression, and universities are establishing new counseling centers.

But the country also faces serious challenges. There is a dearth of therapists for the country’s 1.4 billion people, with fewer than nine mental health professionals for every 100,000 residents as of 2017, according to the World Health Organization.

China’s centralized political system, for all its strengths in mobilizing resources, may also create problems of its own. The government has curbed public mourning and suppressed calls for accountability over early missteps, pushing a simplified narrative of China’s triumph over the virus.

Still, the hope is that the pandemic could propel a long-term shift in the conversation around mental health in China, with advocates pointing in part to high-level government orders to improve treatment.

“Because of the pandemic, they are braver in coming to ask for help,” Du Mingjun, a psychologist in Wuhan, said of the influx of people she had seen seeking treatment this year. “More and more people are accepting this. That is new.”

Ms. Du was one of the first witnesses to the crisis’s mental health toll. On Jan. 23, the day Wuhan locked down, she and her colleagues at the provincial psychologists’ association helped launch a government-backed 24-hour hotline, placing ads in newspapers and posting on WeChat to reach a city suddenly convulsed by fear.

Immediately, they were inundated. A woman called because her parents were in separate hospitals, and trying to run between the two had left her on the verge of collapse. A man was taking his temperature every 30 minutes, terrified of falling ill. A 12-year-old boy dialed on behalf of his mother, explaining that he was worried about her. At the peak, the hotline managed between 200 and 300 calls each day, Ms. Du said.

As the situation improved, the calls tapered off. By late October, there were around 10 a day. Some callers were still seeking help for trauma related to the outbreak, brought back by news reports, or old photos glimpsed on cellphones. But others have come looking for help with more mundane issues, such as academic pressure or arguments with family.

“I think this change is here now, and there’s no way to stop it,” Ms. Du said. “We all lived through this together, and it was continuously unfolding around us. So the collective consciousness of our community is very deep.”

Around the country, schools have expanded mental health counseling and encouraged students to take time to unwind, as the Ministry of Education has warned of “post-epidemic syndrome.” Officials have said that after months of stressful lockdowns, students might be more likely to have conflicts with parents and teachers.

Even before the pandemic, the trends in students’ mental health were worrying. A Shanghai official said in May that suicides among K-12 students were on the rise, with stress arising from academic pressure and domestic disputes.

While the rollout of services has been spotty, educators and students say the campaign has helped break stereotypes about mental health. In the northern province of Hebei, officials have produced cartoons to help students understand trauma. In the southern city of Guangzhou, students are writing letters about anxiety and practicing breathing exercises.

Xiao Zelin, a junior at Sun Yat-sen University in Guangzhou, said he suffered anxiety and insomnia when he returned to campus this fall. After months of being cooped up at home, he struggled adjusting to crowds of people. His appetite was poor and he couldn’t seem to relax.

Mr. Xiao had never visited a therapist before, but he spoke with a counselor provided by his university. The counselor, he said, helped him understand what he was going through and to be patient with himself. Mr. Xiao suggested his classmates sign up as well.

“In the beginning I was lost,” he said. “Now I’m feeling much better.”

Liang Lingyan, a psychologist in Shanghai, said the government there had also arranged more community services, such as home visits for seniors who live alone.

“After the epidemic, people are paying much more attention to health, especially mental health,” she said. “This will be a long-term change.”

Despite the efforts, cracks in the system remain.

There are signs that those who need help have difficulty finding it. One survey by Chinese researchers found that only 7 percent of patients with mental disorders had sought online help during the pandemic, despite the introduction of apps and websites by the government.

There are also too few high-quality training programs for mental health professionals, said Yu Lingna, a psychologist from China who is now based in Tokyo. Even if those were expanded, training people would take time.

“I expect we will be in a state of inadequacy for our lifetimes,” she said.

For Dr. Zhang, the imaging specialist who worked in Wuhan, the feeling that she had betrayed her family lingered, even as state media feted frontline doctors for their contributions. Her father recovered but her parents treated her coldly.

Studies suggest that medical staff may be particularly vulnerable to the pandemic’s aftershocks, with one study finding that over half of Chinese health care workers surveyed showed symptoms of depression. While many of those symptoms faded as the epidemic ebbed, others, such as a sense of guilt over losing patients, could persist, experts said.

She also eventually left her job at the Wuhan hospital and is now living in Chengdu, in the country’s southwest, spending time with her husband and daughter. She is hopeful that one day her parents will understand her decisions.

Dr. Zhang has often emphasized that her experience is not unique. Many of her former colleagues are also still grappling with the scars of the outbreak, she said, and she was heartened that many of them had also turned to friends or therapists.

“Any big crisis like this is bound to leave people with some sort of pain,” she said. “There’s nothing shameful about it.”