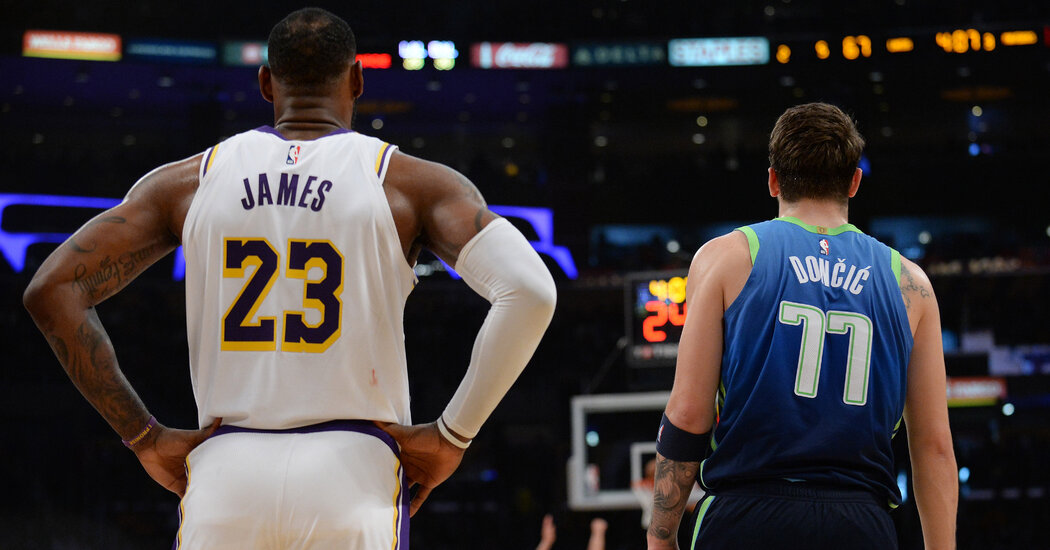 The last time the sports staff of The New York Times and assorted friends gathered to make the annual set of N.B.A. preseason predictions, we got some things right.

Ahead of the 2019-20 season, several of us thought that Giannis Antetokounmpo of the Milwaukee Bucks would repeat as the N.B.A.’s most valuable player. (Yawn.) Others predicted that the Oklahoma City Thunder would have a surprisingly successful season after a summer in which they traded Paul George to the Los Angeles Clippers, and that the Memphis Grizzlies’ Ja Morant would win the league’s Rookie of the Year Award over Zion Williamson of the New Orleans Pelicans.

But no one predicted that the Los Angeles Lakers would win the championship — let alone advance to the N.B.A. finals. (The Clippers were the unanimous choice to come out of the West.) Or that the Lakers’ title run would come after the arrival of something called the “coronavirus,” which would suspend the season for four months and before resuming in a spectator-free bubble at Walt Disney World outside Orlando, Fla.

The point being: Predictions are difficult, and sometimes impossible. But that is not about to stop us from trying again.

Here is a look at some of our highly unscientific picks and prognostications for the season ahead:

(The New York Times does not permit its staff to vote for the official N.B.A. awards.)