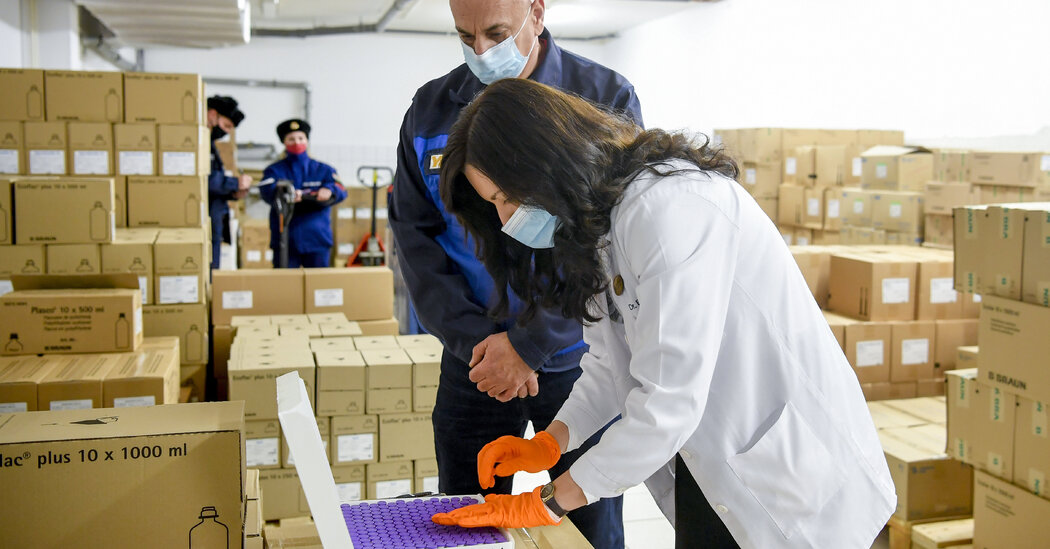 A 101-year-old woman in a nursing home in eastern Germany became the country’s first recipient of the BioNTech-Pfizer vaccine on Saturday, a day ahead of the European Union’s planned immunization campaign, an ambitious effort to eventually inoculate more than 450 million people across the 27 nations in the European Union against the coronavirus.

Vaccinations also began in Hungary, where photographs showed health care workers getting the shot at the Southern Pest Central Hospital in Budapest. The authorities in Slovakia also began administering their first doses on Saturday, Reuters reported.

Ursula von der Leyen, the president of the European Union’s executive arm, released a video in advance of the official rollout on Sunday, calling the campaign “a touching moment of unity.”

Roughly two-thirds of all Germans are willing to be vaccinated against coronavirus, according to a survey conducted by YouGov for the German news agency D.P.A., but more than half of respondents said they were concerned about possible side effects.

The doses for Europe are being produced at BioNTech’s manufacturing sites in Germany, and Pfizer’s site in Puurs, Belgium, according to the two companies, and countries across the bloc have begun receiving their first deliveries.

In Germany, all 16 states received 9,750 doses of the vaccine on Saturday. Each state is to send them to regional immunization centers, and then teams of drivers are to distribute them to nursing homes and care centers for the elderly across the country.

Karsten Fischer, who is responsible for managing the response to the pandemic in the Harz district of Saxony-Anhalt, said the logistics in his region made it possible to begin vaccinations within hours of receiving the doses, and he saw no reason to wait.

“We did not want to waste a day, as the stability of the vaccine decreases over time,” Mr. Fischer told the public broadcaster M.D.R. “We wanted to begin administering immediately.”

The first inoculation was administered in the city of Halberstadt, to 101-year-old Edith Kwoizalla; 40 other residents and 11 members of the staff at the nursing home also received doses, M.D.R. reported.

“Every day we wait is one day too many,” Tobias Krüger, the director of the home, told reporters.

Germany’s eastern states have been hardest hit by the second wave of the virus. More than 1.6 million people have been infected in the country, and more than 29,400 have died, many of them older citizens, especially those living in nursing homes.

Residents of nursing homes and their caregivers, as well as emergency medical staff and individuals 80 years and older, are set to be among the first vaccinated in Germany, based on a plan that was drawn up by leaders, medical advisers and members of the national Ethics Council. Members of the government do not plan to receive inoculations before their peers, Jens Spahn, the country’s health minister, said on Saturday.

“We have deliberately said that we will begin offering the vaccine to the most fragile,” Mr. Spahn said. “If there comes a time when it makes sense, say to bolster confidence, each one of us is ready to be vaccinated.”