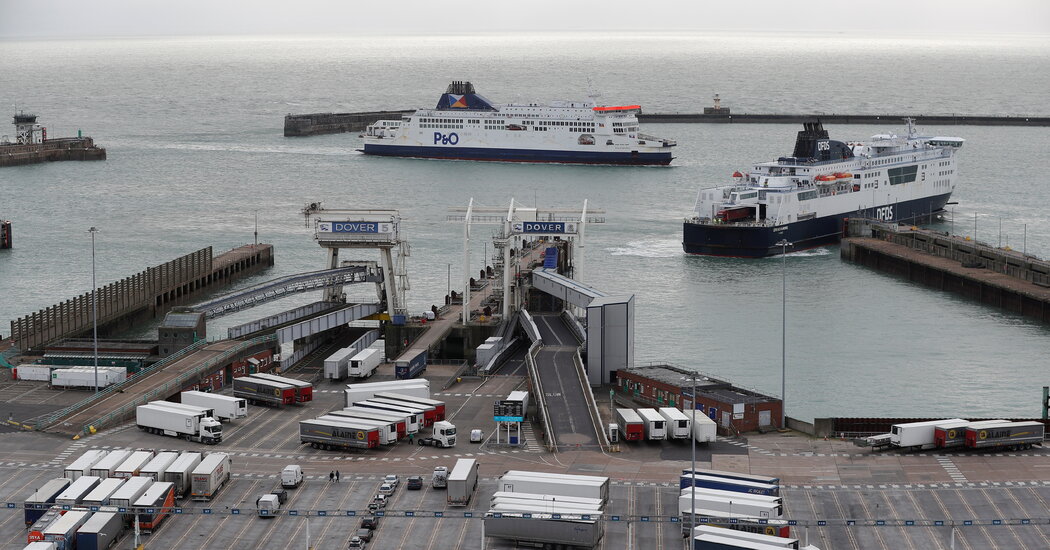 A huge truck jam at the Port of Dover in England eased further on Saturday, days after France lifted a border blockade imposed over fears of a fast-spreading variant of the coronavirus.

As many as 6,000 trucks had lined up at the height of the days-long jam, and many drivers spent a bleak Christmas sleeping in their vehicles as France demanded that all those crossing the border show proof of a negative coronavirus test.

“It was shocking to see that in a G7 country like the U.K., that such things would happen,” said Benjamin Richtzenhain, a traveler who crossed the English Channel on Thursday. He said that the authorities had communicated poorly to those in the logjam and that access to water, bathrooms and blankets had been limited.

The misery at the port added to a general sense of gloom permeating the holiday season in the country. Christmas came scarcely a week after the government announced the presence of a fast-spreading coronavirus variant sweeping the country and imposed widespread lockdowns and other tight restrictions.

By Saturday morning, officials from the transportation department said that about 1,600 vehicles remained in the traffic jam while at least 8,000 had crossed the English Channel via the Eurotunnel since Wednesday, when the authorities ramped up coronavirus testing.

At the port, officials worked intensively on Saturday to test the remaining drivers in hopes of clearing the backup. More than 15,526 have been tested, with 36 coming up positive, the department said.

Hundreds more military personnel were deployed on Friday to reinforce testing efforts and to distribute food and water provided by an array of organizations.

But almost a week after the blockages of sea, rail and air routes, the magnitude of the task made it impossible to predict when the delays would clear and whether drivers would spend yet another day in limbo and another night sleeping in their trucks.