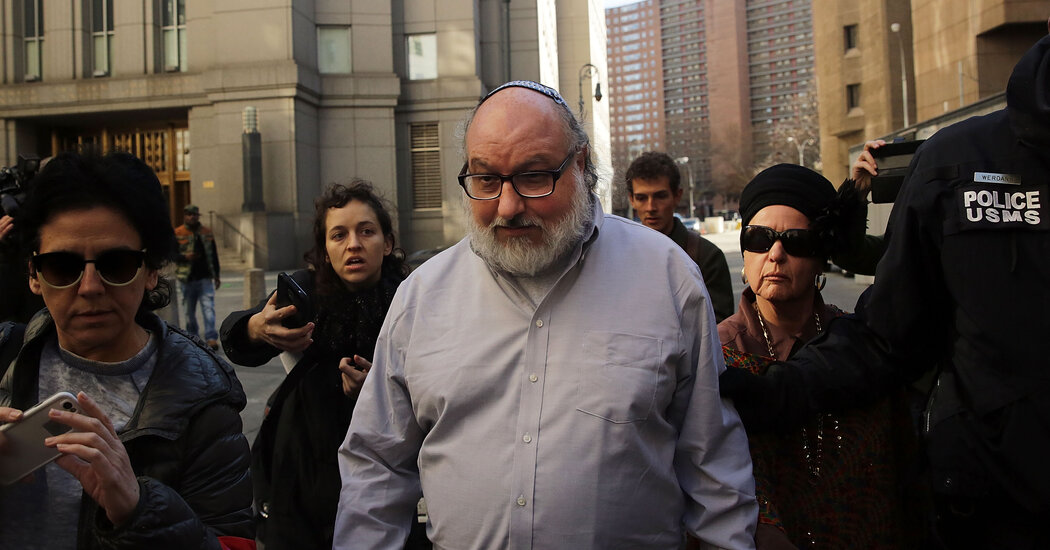 The jet that delivered the Pollards belonged to a casino owned by Sheldon Adelson, the Republican billionaire who is a longtime benefactor of Mr. Netanyahu’s, the Israeli news media reported. News of Mr. Pollard’s arrival was broken by the editor of Israel Hayom, a free daily newspaper that Mr. Adelson has long bankrolled to provide Mr. Netanyahu with constant political backing. Mr. Adelson, one of the world’s richest men and a key supporter of President Trump’s, had long lobbied for Mr. Pollard’s release.

Mr. Pollard’s Israel-based lawyer, Nitsana Darshan-Leitner, told Israel Hayom that there had been “a great effort to keep the plan of the arrival out of the American news media and not to announce anything prior to their landing.”

The Free Pollard campaign committee said in a statement that the Pollards had been moved to a temporary location for a period of quarantine, as required by Israel’s coronavirus regulations, and that the date of their arrival had been kept secret “for security reasons.” It added that the date had also been selected to allow the smooth continuation of Esther Pollard’s course of medical treatments.

The United States Parole Commission, the arm of the Justice Department that supervises the releases of federal prisoners, decided in November not to extend the travel restrictions it had placed on Mr. Pollard when he was released from a federal prison five years ago.

Mr. Pollard has long said he would move to Israel if allowed.

After his arrest in 1985, Mr. Pollard pleaded guilty in a deal with prosecutors who agreed to seek a yearslong sentence. But the judge, relying on a once-classified damage assessment written by Defense Secretary Caspar W. Weinberger, sentenced him to life in prison. Mr. Pollard ultimately served three decades behind bars, the longest stretch in prison for an American who illegally gave material to an allied government.

In October 1987, the C.I.A., with Mr. Pollard’s cooperation, began working on a damage assessment. Though a redacted version of the document has been made public, much remains classified. The report found that while the Israelis did not request information on American military plans or some of the most delicate topics, the “sheer quantity” of disclosures posed a risk to intelligence sources and collection methods. “Pollard’s operation has few parallels among known U.S. espionage cases,” the C.I.A. report said.