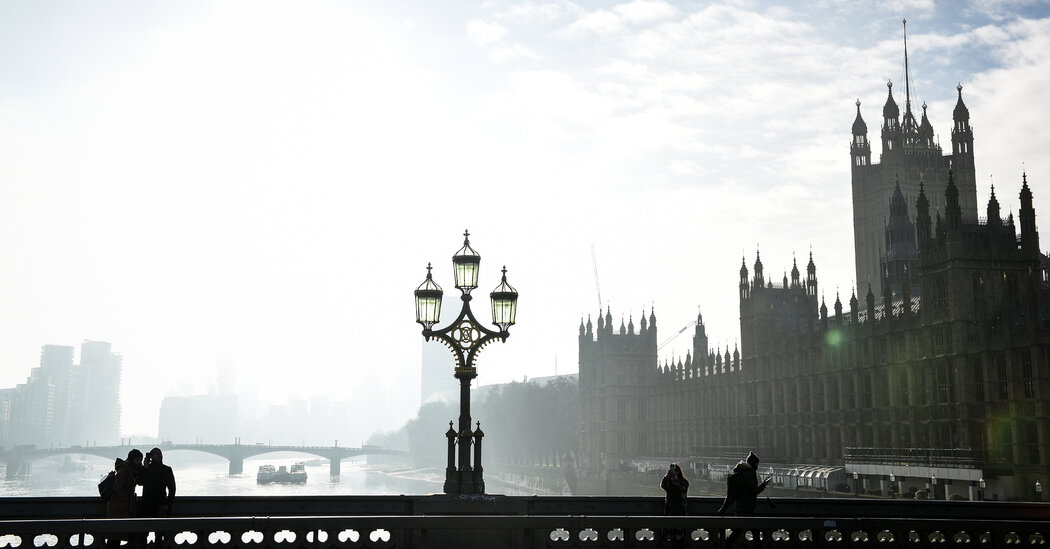 LONDON — Approval of a trade deal between Britain and the European Union was being hurried through the British Parliament in just a day on Wednesday, a rushed conclusion to a Brexit saga that has divided Britons and convulsed their politics for more than four years.

The House of Commons overwhelmingly endorsed the Brexit trade deal by 521 votes to 73 sending it to the House of Lords, Parliament’s second chamber, where ratification is also expected later in the day.

The lawmakers, recalled from their vacations for the task, approved the deal after considering more than 1,200 pages of dense legal text that will shape the relationship between Britain and continental Europe for decades to come and prompt the biggest change in the country’s trading ties in recent history.

Despite the absence of time for scrutiny, the ease with which the agreement passed through the House of Commons was in stark contrast to many knife-edge votes held before last year’s general election when Parliament was gridlocked over Brexit.

The trade agreement, struck by Prime Minister Boris Johnson on Thursday, came after 11 months of tortuous negotiation and provides tariff-free access for Britain to European markets. It is due to come into force on Friday.

At that point, Britain will leave the European Union’s single market and customs union, severing the economic integration with the bloc forged in recent decades as part of a huge trading area. Britain formally quit the bloc’s political structures in January but opted to remain under its economic rules until the end of the year, pending a trade agreement.

Conservative lawmakers, including a caucus of hard-line Brexit supporters, have rallied behind the deal struck by Mr. Johnson, who won a landslide general election victory last December after promising a relatively distant economic relationship with the bloc and the prioritizing of national sovereignty.

Even the opposition Labour Party ordered its lawmakers to support the agreement on the basis that it is better than nothing, although several said they would refuse to vote for an agreement that creates new barriers to trade with European nations.

But Mr. Johnson achieved his political objective by increasing the country’s ability to exert its sovereignty and make decisions without being restricted by European Union institutions such as its Court of Justice.

“Having taken back control of our money, our borders, our laws and our waters by leaving the European Union on Jan. 31, we now seize this moment to forge a fantastic new relationship with our European neighbors based on free trade and friendly cooperation,” Mr. Johnson said as he opened the debate in Parliament.

Some lawmakers are angry at the speed with which they were asked to make a decision on Brexit — a policy that was intended to restore power to the British Parliament.

But on Wednesday Parliament was effectively presented with a take-it-or-leave-it choice. Keir Starmer, the Labour Party leader, described Mr. Johnson’s agreement as a “thin deal” with many flaws, but added that “a thin deal is better than no deal.”

Voting against it would lead to a chaotic rupture with the bloc at the end of the week, while supporting the agreement would provide a basis on which to build a better relationship, he added.

The agreement has received provisional approval from the European Union, and a vote is expected in the European Parliament next month. The accord was signed by Mr. Johnson on Wednesday afternoon, so a move by Parliament not to approve the document would plunge the country into legal limbo.

Providing that it is approved by the House of Lords, the process is expected to be completed around midnight.

The agreement has many critics. Representatives of trawler fleets have accused Mr. Johnson of caving in to the European Union over fishing rights, and business leaders fret about the additional costs and administrative burdens resulting from the deal, and by the fact that little was achieved for the services sector, which accounts for about four-fifths of the British economy.

While the European Union exports more goods to Britain than it imports, the reverse is true with services.

Among those who said they would support the deal, but with reservations, was Theresa May, the former prime minister who lost her job after failing, on several occasions, to persuade Parliament to support her plan to extract Britain from the bloc.

Mrs. May attacked the Labour Party for opposing her blueprint from 2019 and pointed to gaps in Mr. Johnson’s agreement.

“We have a deal in trade that benefits the E.U., but not a deal in services which would have benefited the U.K.,” she said.

Ian Blackford, the leader of the Scottish National Party’s lawmakers in Britain’s Parliament, said the agreement would mean “mountains of more bureaucracy” for exporters.

But Brexit supporters praised the prime minister, focusing on sovereignty rather than economics.

William Cash, a Conservative lawmaker who has spent his career opposing European integration, described the deal as a “true turning point in our history” and said that Mr. Johnson had “saved our democracy.”