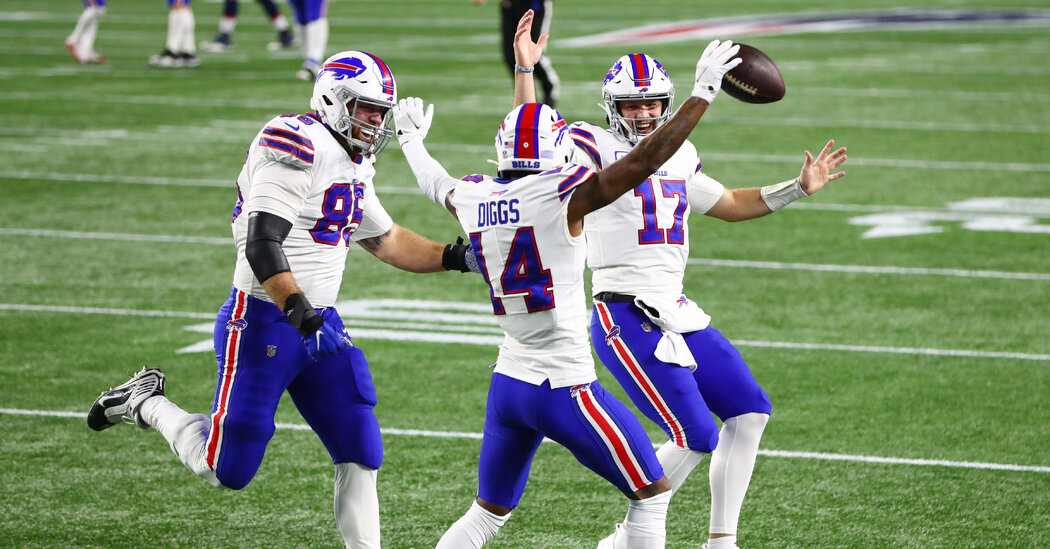 Had the Vikings (6-9) not started the year so poorly, they might be in the hunt for a wild-card spot. As it stands, they have a fairly entertaining offense and a defense bad enough that none of their scoring matters. The Lions (5-10) are expected to limp into this game with several players out — including quarterback Matthew Stafford — which means the most interesting subplot of this game will be whether Minnesota’s Adam Thielen can get the 132 yards receiving he needs to reach 1,000 for the season. Even with running back Dalvin Cook out after the death of his father, Minnesota should win easily. Pick: Vikings -7

The Raiders (7-8) and the Broncos (5-10) had moments of relevance in 2020, but it was a lost season for both franchises. With the Chiefs expected to dominate the A.F.C. West for years to come and the Chargers building something special, there may be several lost seasons in their futures as well. Pick: Broncos +2.5

Frank Gore will miss this game after sustaining a lung contusion last week, but he reached 16,000 yards rushing for his career before being removed, which is about the best thing anyone can say about this season for the Jets (2-13). Similarly, the Patriots (6-9) are an irrelevant team that will most likely undergo huge off-season renovations, with the only notable part of their year being Cam Newton’s tying the franchise record for rushing touchdowns by a quarterback in a season (12), which Steve Grogan set in 1976. Despite Newton’s horrific passing in recent games, he is likely to start this game, giving him an outside chance of matching his own N.F.L. record of 14 rushing touchdowns by a quarterback in a single season. Pick: Patriots -3

A quick primer for those who are not familiar with betting lines: Favorites are listed next to a negative number that represents how many points they must win by to cover the spread. Titans -7.5, for example, means that Tennessee must beat Houston by at least 8 points for its backers to win their bet. Gamblers can also bet on the total score, or whether the teams’ combined score in the game is over or under a preselected number of points.

All times are Eastern.