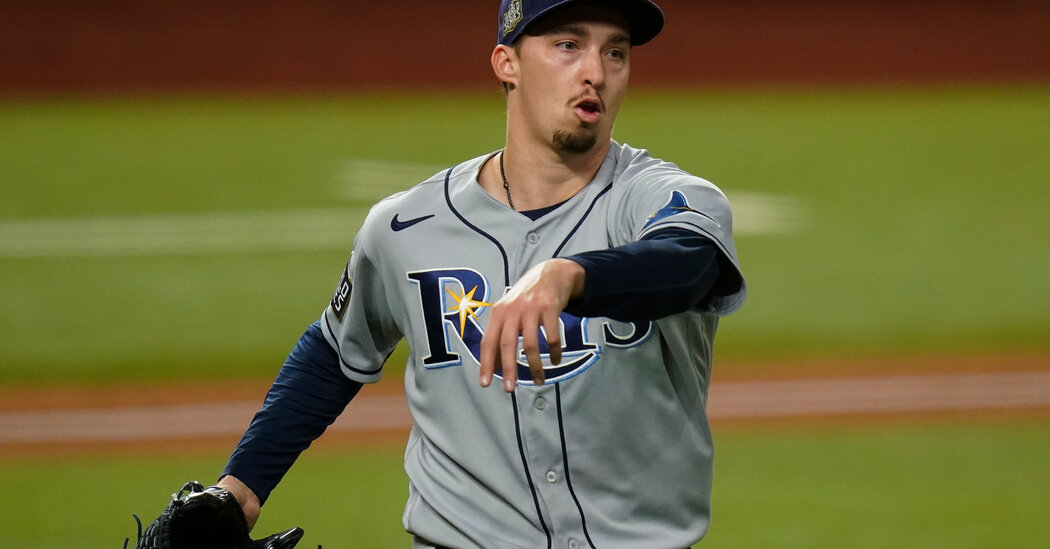 The San Diego Padres, long one of Major League Baseball’s quietest teams, jolted the sport this week. The Padres grabbed two elite pitchers, swelling the franchise’s payroll at a time of deep financial uncertainty in the game and immediately becoming a favorite to win the 2021 World Series.

“This place is going nuts,” Tony Gwynn Jr. said in a phone interview from San Diego on Wednesday. The son and namesake of the Hall of Famer known as “Mr. Padre,” Gwynn has spent most of his life in the area, watching his father, playing with the team himself and now working as a broadcaster for the club.

He watched the 2020 Padres become one of the most electrifying teams in an M.L.B. season abbreviated by the coronavirus pandemic, going 37-23 for their first winning record since 2010, thanks to stars like Manny Machado and Fernando Tatis Jr.

“People were just so excited to have a team that was relevant and playing well,” Gwynn, 38, said.

Now, during an off-season in which 90 percent of M.L.B.’s free agents remain unsigned — including top players like Trevor Bauer, George Springer and J.T. Realmuto — and teams are confronting the dire financial consequences of the pandemic, the Padres have already added roughly $100 million in salary commitments over the next few years.

On Tuesday, the Padres completed a trade with the Tampa Bay Rays for Blake Snell, the 2018 American League Cy Young Award winner. Later that day, Padres General Manager A.J. Preller finalized a swap with the Chicago Cubs for Yu Darvish, who finished second in the National League Cy Young Award voting this year.

With so many financial questions hovering over the M.L.B. — How much did each team lose without fans in the stands last season? Will a full 162-game season be played in 2021? — most teams will be reluctant to make large long-term commitments this off-season, said Marc Ganis, the president of SportsCorp, a consulting firm.

“The Padres are the anomaly,” he said, adding: “If you’re going to be a contrarian, this is the year to do it because there will be more top-line players made available because of all the negative financial conditions on other teams. The Padres will be hurt by the Covid uncertainty, too, but this is the opportunity for them. I give them credit for seeing it.”

The Cubs and the Rays certainly factored pandemic finances into their decisions, but they had other reasons to make their deals with the Padres. The Cubs, who have carried one of baseball’s heftiest payrolls the last few years but fallen short in the playoffs after winning the 2016 World Series, had committed to a remodel of their roster this off-season. But in trading Darvish, 34, and the nearly $60 million he is owed over the next three years, the Cubs got essentially four lottery tickets — prospects who were not rated among the Padres’ best.

Snell, 28, and the Rays went to the World Series this fall, losing to the Los Angeles Dodgers, but Tampa Bay has routinely traded away its pricier players, especially pitchers. Snell was due $40 million over the next three years.

As layoffs and furloughs occur throughout M.L.B., including in San Diego, it remains to be seen how many M.L.B. teams will follow an austerity plan for their big league rosters. So far the Padres are the only one to emphatically reject that approach.

Already, some oddsmakers have moved the Padres ahead of the Yankees and behind only the Dodgers as the leading 2021 World Series contenders. The Padres have been to the series twice, in 1984 and 1998, but have never won.

Since at least 2000, the Padres have ranked outside the top 10 teams in opening day payroll, according to Cot’s Baseball Contracts, and many years they weren’t even in the top 20. But with the additions of Darvish and Snell to a roster that already includes Machado (who signed a $300 million contract ahead of the 2019 season), first baseman Eric Hosmer ($144 million) and outfielder Wil Myers ($83 million), the Padres have what is expected to be the fourth-largest opening day payroll in baseball, trailing those of only the big-market Dodgers, Yankees and Los Angeles Angels.

“It seems Peter Seidler is throwing caution to the wind with this,” Gwynn said, referring to the chairman of the group that bought the Padres in 2012. “He understands how important a title would be and how important it is for this team just to be relevant.”

After the Chargers of the N.F.L. left San Diego for Los Angeles in 2017, people hoped the Padres, as the only major sports franchise in town, would compensate for the loss by becoming contenders, Gwynn said, but the team was only two years into its rebuild under Preller’s command. The minor league system was blooming, but the parent club needed more time. Things began to change in 2019, the first season for Machado in San Diego and the rookie year for Tatis, who blossomed into a superstar in 2020.

From 2018 to 2019, the Padres’ attendance jumped 10 percent to 2,396,399, their highest mark since 2015, when Preller joined the front office and made a fruitless effort to pushthe Padres into contention with a flurry of off-season trades and signings.

The Padres’ attendances in recent years has ranked in the middle of the M.L.B. pack, which is routinely led by the Dodgers.

“The Padres are in a unique situation,” said Jordan Kobritz, a sports management professor at SUNY Cortland who is a part owner of two minor league baseball teams. “They have upside revenue potential in their market. If they have a competitive team and if they can win that World Series or at least get deep into those playoffs, not every team is in that situation where it would make a difference. What is the upside in attendance in Boston or New York or L.A., for example? Their attendance is pretty high compared to the Padres.”

The Padres are one of six teams never to have won a World Series — along with the Seattle Mariners, the Colorado Rockies, the Milwaukee Brewers, the Texas Rangers and the Rays. San Diego has reached the Series only two times, in 1984 and 1998.

“To be the first Padres team to win the World Series, that is so meaningful that they are willing to take some risk because the potential upside is so great,” Kobritz said.