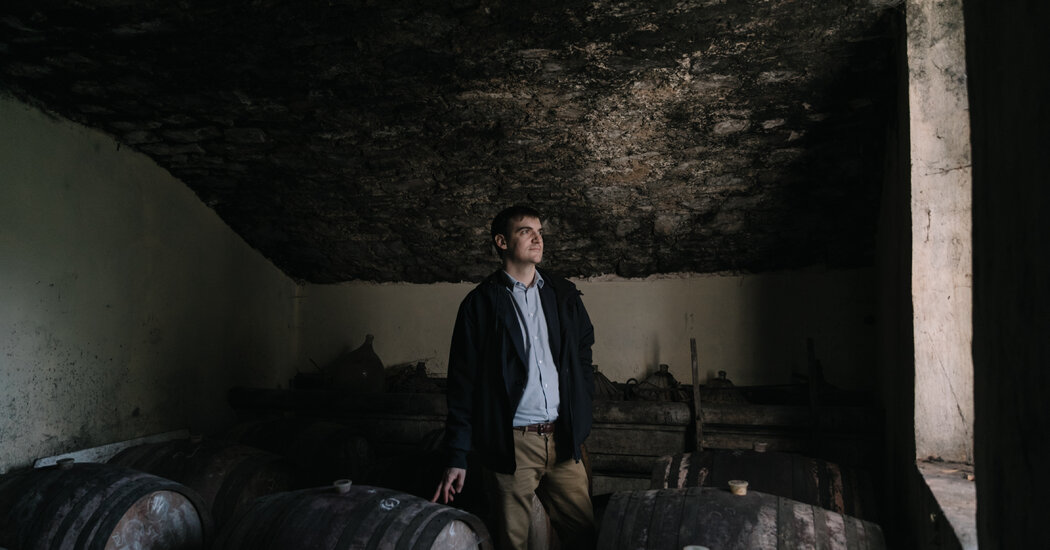 PARIS — France is in theory a nondiscriminatory society where the state upholds strict religious neutrality and people are free to believe, or not, in any God they wish. It is a nation, in its self image, that through education dissolves differences of faith and ethnicity in a shared commitment to the rights and responsibilities of French citizenship.

This model, known as laïcité, often inadequately translated as secularism, is embraced by a majority of French people. They or their forebears became French in this way. No politician here would utter the words “In God we trust.” The Roman Catholic Church was removed more than a century ago from French public life. The country’s lay model supplants any deity.

But, in a country with an uneasy relationship to Islam, laïcité is also contested as the shield behind which France discriminates against its large Muslim population and avoids confronting its prejudices. As a result, the job of Nicolas Cadène, a mildly disheveled official with a mop of brown hair and multiple law degrees, has become a focus of controversy.

Mr. Cadène, 39, runs the Laïcité Observatory as its “general rapporteur,” a weighty title for a young man — and one unimaginable outside France.

Attached to the office of Prime Minister Jean Castex, the institution began work in 2013. Ever since, Mr. Cadène and his small staff have led efforts to educate hundreds of thousands of public officials, and young people, in the meaning of secularism, French-style.

So why the vitriol over his painstaking efforts? “We are living a period of extreme tension in France,’’ he said in an interview. “There’s an economic, social, health, ecological and identity crisis, aggravated by recent Islamist attacks. And in this context, you have a terrible fear of Islam that has developed.”

This in turn has led to pressure on Mr. Cadène to use his position to combat any expressions of Muslim identity. “We have to be very careful never to install a thought police,” he told me in his small paper-strewn office.

Born into a Protestant family from the southern town of Nîmes, Mr. Cadène was raised in a milieu deeply wedded to the law of 1905 that established France’s secular model. Protestants had suffered persistent persecution in a mainly Catholic society; a state that got out of religion was the answer. Mr. Cadène, who still lives in Nîmes with his wife and two children, is nevertheless a critic of the system he embodies. France, he says, has failed to achieve the social mingling essential if laïcité is to work.

“As laïcité is a tool to allow us all to live together, whatever our condition, it’s also necessary that we be together,” he said. “That we live in the same places. That we interact. And this happens too rarely.” A lot of schools, neighborhoods and workplaces were very homogeneous, he noted. “This insufficient social mixing spurs fears because when you don’t know the other you are more afraid.”

Among the disadvantaged “are a majority of French Muslims, even if the situation is evolving,” Mr. Cadène said. The result, as he sees it, is discrimination that is religious and social: the inferior schools in ghettoized neighborhoods on the outskirts of big cities mean Muslim children have fewer chances.

It’s this sort of frankness that has enraged some members of the government, notably Marlène Schiappa, the junior minister in charge of citizenship.

At the Interior Ministry, where she works, anger has mounted at what is seen as Mr. Cadène’s “laïcité of appeasement,” one that is more concerned with the “struggle against stigmatization of Muslims” than with upholding the Republic against “militant Islamists,” the weekly magazine Le Point reported.

“There’s a discussion on the future of the Observatory,” Mr. Cadène said. He offered a wry smile. “Some members of the government want to keep it, some want to suppress it, and some want to transform it.”

Transformation would likely mean absorption into the Interior Ministry, headed by Gérald Darmanin, a hard-liner who has declared war on the Islamist “enemy within.” A decision will likely be made in April, when Mr. Cadène’s renewable mandate expires.

“It would be very dangerous to turn laïcité into a political tool,” he said. “It is not an ideology. It is absolutely not anti-religious. It should be a means to bring people together.”

Hakim El Karoui, a Muslim business consultant and senior fellow at the Institut Montaigne, said the problem is that laïcité has many meanings. It can represent the law of 1905, freedom of conscience and the neutrality of the state. Or it can be philosophical, a form of emancipation against religion, a battle for enlightenment against religious obscurantism, something close to atheism. Islam, with its vibrant appeal to young Muslims, then becomes the enemy, especially in the context of terrorist attacks in France.

“Laïcité can be another name for anti-Islamic xenophobia. But it is not true that the Muslims of France see it as a form of war against them,” Mr. El Karoui said. “If you’re a Muslim of Algerian origin you may be very grateful for it as you know well what an authoritarian Islam looks like.”

Mr. Cadène’s views seem broadly aligned with Mr. Macron’s. While condemning the extremist Islamism behind recent terrorist attacks, including the beheading of a schoolteacher, the president has acknowledged failings. In an October speech he said France suffered from “its own form of separatism” in neglecting the marginalization of some Muslims.

Draft legislation this month seeks to combat radical Islamism through measures to curb the funding and teachings of extremist groups. It was a necessary step, Mr. Cadène said, but not enough. “We also need a law of repair, to try to ensure everyone has an equal chance.”

A law, in other words, that would help forge a France of greater mingling through better distributed social housing, more socially mixed schools, a more variegated workplace. The government is preparing a “national consultation on discrimination” in January, evidence of the urgency Mr. Macron accords this question in the run-up to the 2022 presidential election.

In France, saying to someone “Tell me your laïcité and I’ll tell you who you are,” is not a bad compass.

So, I asked Mr. Cadène about his. “It’s the equality before the state of everyone, whatever their conviction. It’s a public administration and public services that are impartial. And it’s fraternity because that is what allows us to work together in the respect of others’ convictions.”

He continued: “In theory it’s a wonderful model. But if the tool is not oiled it rusts and fails. And the problem today is that equality is not real, freedom is not real, and fraternity even less.”

Strong words from an idealist, a dedicated French public servant, standing up for a subtle idea in an age of warring certainties. A distant relative, Raoul Allier, was instrumental in the 1905 law. Mr. Cadène is not about to soften his views, even if they cost him his job.

Laïcité is no panacea. It has failed several times. French Jews, citizens no more, were deported to their deaths during World War II. The idea was never extended to the Muslims of French Algeria under colonial rule.

Still, for many decades the model made French citizens of millions of immigrants, and it remains for many French people of different backgrounds and beliefs and skin color, a noble idea, without which France would lose some essence of itself.

“I always believed in the general interest. I volunteered as a young man for emergency medical services, I joined Amnesty International, worked for human rights wherever I could,” Mr. Cadène said.

“I believe that our Republic is laïque’’ — secular — “and dedicated to social justice, and that laïcité can only survive on that basis.”