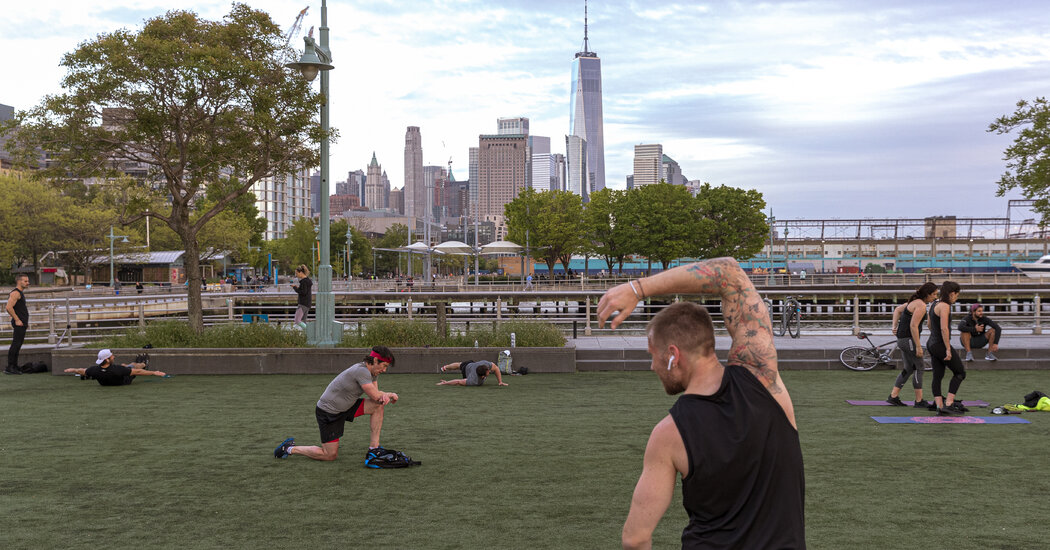 Every December since 2017, Ada Rojas has guided women through the process of memorializing their New Year’s resolutions on a vision board, a collage that reflects their goals and helps keep them on track. But this time around, Ms. Rojas is not holding the workshop Good Vibes & Chill until February.

She thinks people need a break.

“This was a really intense year,” Ms. Rojas, a Chicago-based creative entrepreneur, said. “Forcing people to process and digest the crazy year that we’ve had, and then turn around and focus on your goals for next year, it’s a lot.”

Even so, people are setting New Year’s resolutions at exactly the same rate as last year, according to a recent survey by the market research company Ipsos, which found that 38 percent of Americans have done so.

What has changed is what’s behind the resolution: three-quarters of those respondents said their resolutions were influenced by the pandemic, with at least one in four saying it had prompted them to focus more on mental wellness, healthier eating and their finances.

“The way that the pandemic has affected people can influence the resolutions that they set,” Steven Taylor, who wrote “The Psychology of Pandemics,” said. Those who lost their jobs might focus on financial security, for instance.

Ms. Rojas believes that the pandemic helped people pivot “from materialistic things to tangible feelings that they want to feel.” Next year, in addition to her workshop, she will also offer monthly check-ins to remedy the disconnectedness that many feel. “It’s time for us to get to the root of the things that we want,” she said.