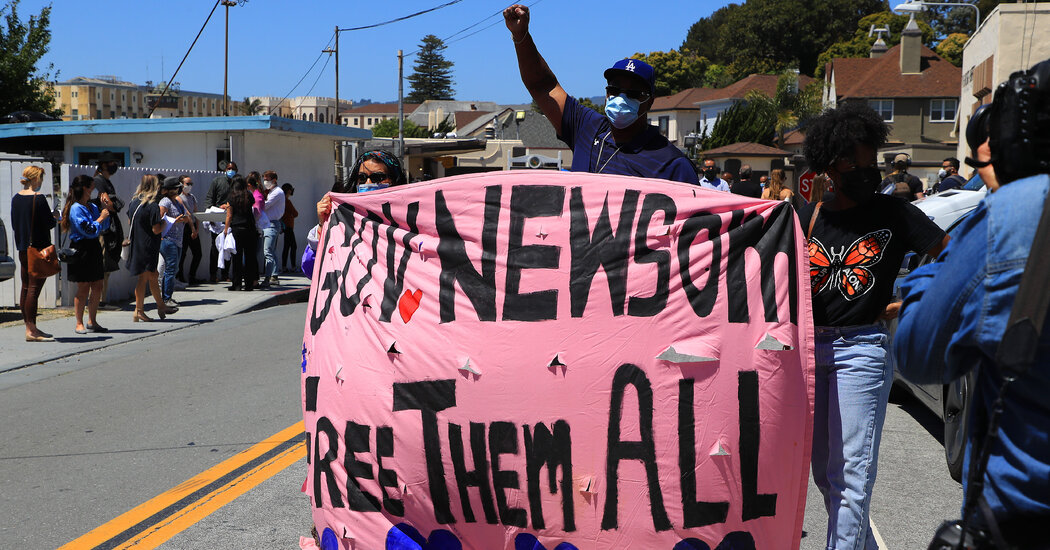 California’s prison system, which has been exceptionally hard-hit by the coronavirus, has started vaccinating some inmates — but none so far at the 25 prisons that have been most overwhelmed by infections, including San Quentin, Avenal State Prison and the California Institution for Men.

Elizabeth Gransee, a spokeswoman for J. Clark Kelso, a court-appointed official who oversees prison health care in California, said on Wednesday that the prison system had decided to concentrate its vaccination efforts at facilities where “people are at significant risk of becoming infected or severely ill from the coronavirus.”

Ms. Gransee would not provide the specific date of when vaccinations started at the three facilities. She also declined to provide other details about the state prison’s vaccination program in response to written questions.

In all, 25 California prisons have individual caseloads surpassing 1,000. The largest outbreak has been at overcrowded Avenal, in Central California, which has logged more than 3,500 infections. That is one of the nation’s largest known coronavirus clusters.

During the past month, infections at the state’s prisons have nearly doubled and deaths have increased by more than 30 percent, according to a New York Times database tracking coronavirus cases in the nation’s correctional facilities.

The state’s handling of the virus has come under repeated criticism. Recently, planned transfers of medically vulnerable inmates from San Quentin to other prisons were abruptly halted after public objections. This spring, another inmate transfer ultimately led to more than 2,600 infections of inmates and guards and 28 inmate deaths at San Quentin.

The crowded, unsanitary conditions in prisons have made them epicenters for the virus. In recent weeks, there have been heated discussions in some states about whether inmates should receive vaccinations ahead of others. The infection rate among inmates is more than four times higher than rates among members of the general public, and the death rate is twice as high.

At Avenal, which state figures say is at 116 percent occupancy, Thai Tran, 43, tested positive for the virus last month. Before he fell ill, he had been sleeping in a crowded gym with some 140 other inmates, said his wife, Michelle Tran.

If incarcerated people are to be kept safe from the virus, inmates and correctional officers alike should receive vaccinations, Ms. Tran said.