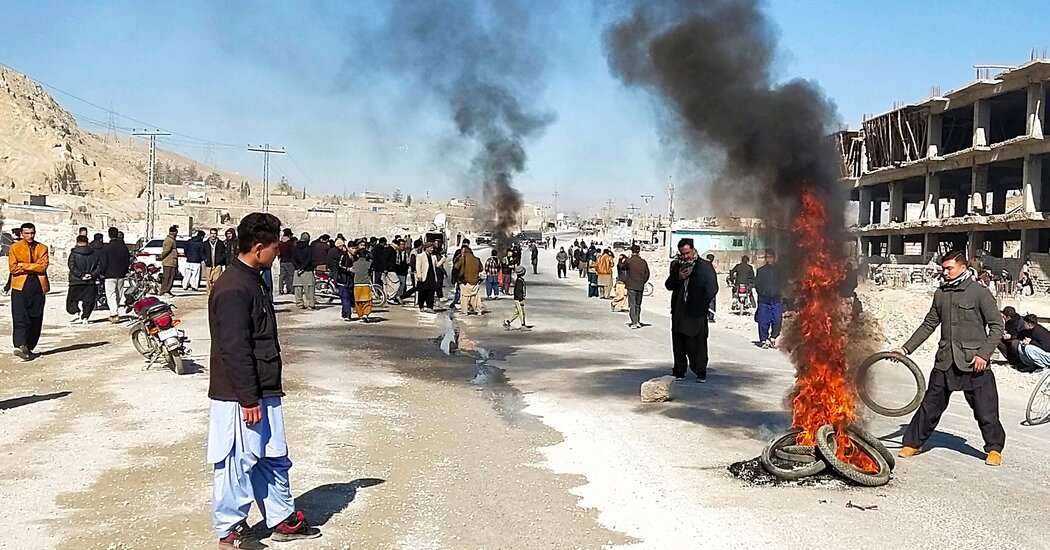 ISLAMABAD, Pakistan — Armed men abducted and killed at least 11 coal miners in southwestern Pakistan early Sunday, officials said. All the victims were ethnic Hazaras, a minority Shiite group that has often been the target of Sunni extremists.

Officials said the events took place in Machh, a small mining town in Baluchistan Province about 30 miles east of Quetta, the provincial capital. They said the attackers had blindfolded the miners, tied their hands behind their backs and shot them at close range. Most of the victims’ throats were also cut. The bodies were found early Sunday.

“Their clothes from the front were almost fully bloodstained,” Ali Raza, a Hazara activist who received the bodies in Quetta, said in a phone interview. “Bruises on bodies also suggest that they were dragged.”

Mir Ziaullah Langau, the home minister for Baluchistan Province, said that security forces were on high alert and searching for the attackers.

No group immediately claimed responsibility for the attack. But the Hazaras have long lived in a state of perpetual fear, having faced repeated attacks over the years from Sunni extremists. In Baluchistan, those assaults are often carried out by Lashkar-e-Jhangvi, a fanatical group that views Shiites as heretics.

The Hazaras are a Persian-speaking people who emigrated from neighboring Afghanistan over a century ago and mostly live in two fortified enclaves in Quetta. Local officials estimate their population at 500,000.

As news of the killings spread through the community on Sunday, Hazaras took to the streets in protest, blocking a highway near Quetta. The bodies were placed on the road as protesters called for the government and security forces to follow through on promises to ensure their safety.

“This is an attempt to sabotage peace in the province and to provoke sectarian strife,” Haji Jawad, a local Hazara leader, said, referring to the killings. “We urge the government to bring the perpetrators to justice immediately.”

Prime Minister Imran Khan condemned the violence in a Twitter post, calling the attacks “yet another cowardly inhumane act of terrorism.” He said that he had directed local security forces to “use all resources to apprehend these killers,” and that the affected families would be taken care of.

The southwestern province of Baluchistan is Pakistan’s largest and poorest region, rife with ethnic, sectarian and separatist insurgencies. It borders both Iran and Afghanistan, and although sparsely populated it is rich in mineral and natural resources, including copper, gold and natural gas.

The local population has long complained that it is denied a proper share of the wealth generated by those resources, and separatists have waged a low-intensity insurgency for decades, demanding freedom from the federal government. Pakistani officials say the separatist groups have the backing of India, the country’s main rival.

The Taliban have also maintained sanctuaries in some parts of the province near the border with Afghanistan.