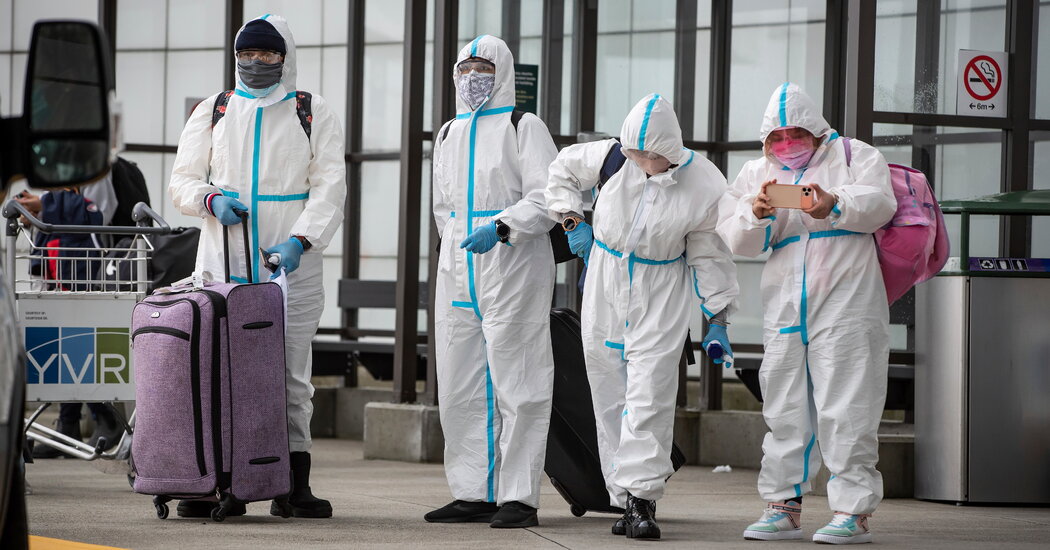 Canada will require passengers seeking to board international flights into the country to show their airline proof of a negative coronavirus test, in addition to entering an already existing, mandatory 14-day quarantine on arrival.

The new rule, which the government announced on Thursday, will take effect on Jan. 7 and will require proof of a negative PCR test taken in the previous 72 hours. PCR tests must be sent to a lab and can take several days to process, unlike the rapid antigen test, which gives a result in about 30 minutes.

The country remains closed to most foreign nationals entering for nonessential purposes, but it is tightening its already strict entry protocols as parts of the country, including Ontario, Quebec and Alberta, grapple with an alarming increase in virus cases and deaths.

After a relatively calm summer, cases and deaths in Canada have been on the rise throughout the fall, according to a New York Times database. More than 15,000 people have died from the virus since the start of the pandemic, and 573,000 cases have been reported.

As of Jan. 7, the only passengers not required to show a negative PCR test to board a Canada-bound international flight will be children under the age of 5, passengers whose planes are stopping only to refuel, and airline crew members and emergency service providers, such as first responders.

Flights from the United Kingdom, where a more contagious variant of the virus was recently detected, were suspended as of Dec. 23 and will remain so until Jan. 6. Nonetheless, a couple in Ontario with no known travel history were found to be infected with the new variant last week.

In other news from around the world: