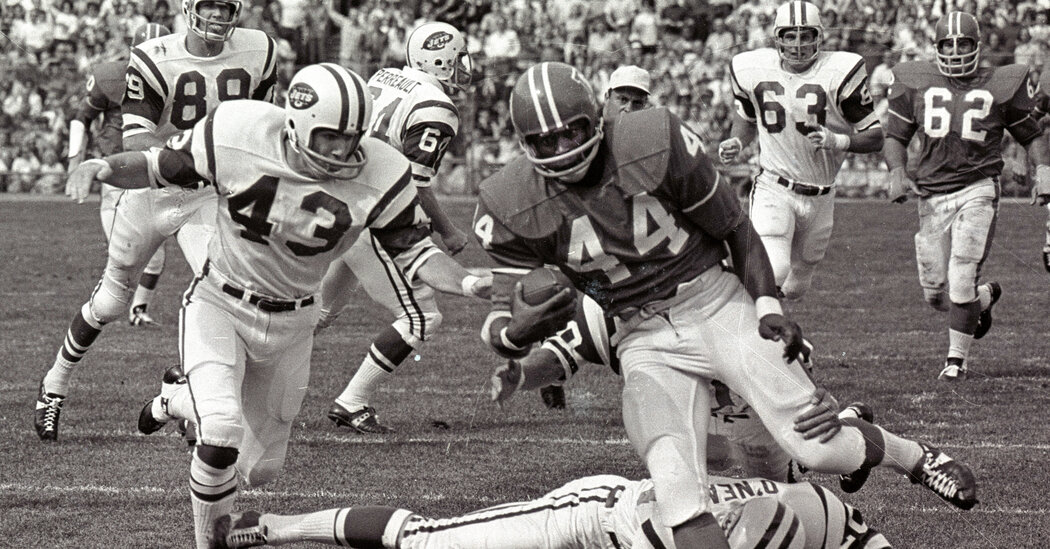 “In the years that followed, I got to know Floyd as the man behind the number,” Mr. Biden said. “He was full of character, decency and integrity.”

Floyd Douglas Little was born on July 4, 1942, in Waterbury, Conn. His father, Frederick Douglas, named for the abolitionist Frederick Douglass, died of cancer when he was 6. His mother, Lula Douglas, worked several jobs to support Floyd and his five siblings. When he was in his early teens, the family moved to New Haven.

Little played football for Hillhouse High School in New Haven for two seasons, then for another two at Bordentown Military Institute in New Jersey, seeking to improve his grades so that he could be accepted to college. “The only thing I had was a dream,” the Broncos quoted Little as saying on a visit to New Haven in 1988. “I had no money, no promises and no guarantees.”

Little had considered applying to West Point, and Gen. Douglas MacArthur sought to recruit him while he was at Bordentown.

“General MacArthur shook my hand and talked to me about the value of education, about being a leader,” Little recalled in his memoir “Promises to Keep” (2012), written with Tom Mackie. “I was told that if I went to Army, I could become the first Black general.”

But in December 1962, while he was on winter break from Bordentown, Little was visited by Davis, who in 1961 had became the first African-American to win the Heisman Trophy as college football’s most outstanding player.

Little, who had close to 50 scholarship offers, told Davis he would go to Syracuse. But he still had thoughts of attending West Point. When he heard that Davis died of leukemia in May 1963 after being selected by the Cleveland Browns as the No. 1 pick in the 1962 N.F.L. draft, he decided to fulfill his promise to him.