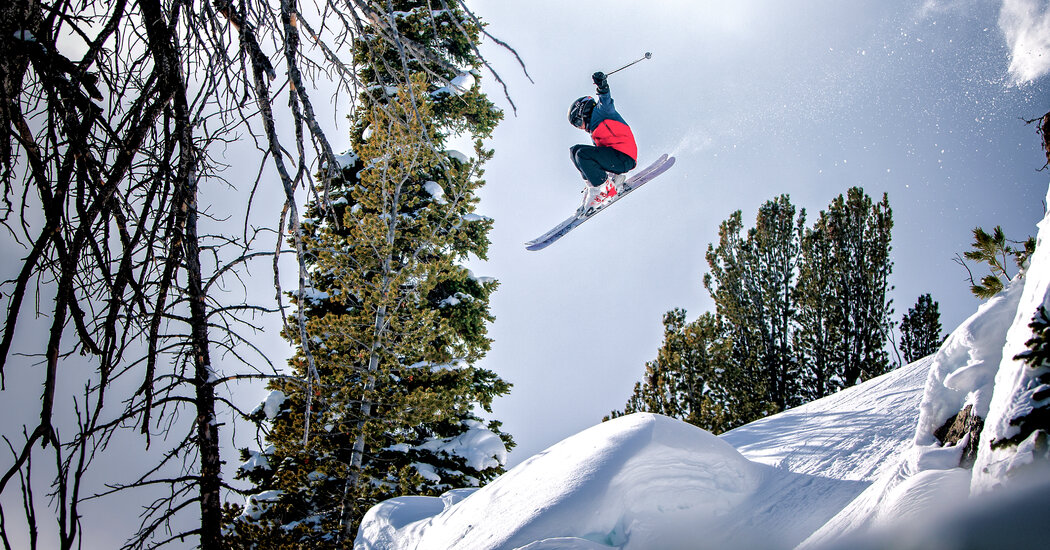 Although the sport of freeriding or freeskiing — which means skiing or snowboarding on ungroomed, usually off-piste terrain without a set course — is not currently included in the Winter Olympics, Kai has other interests and options, like college film study programs.

Todd Jones joked that everything his son had done so far might be just a ploy “to build a really rad college résumé.” Todd added: “He does need a backup plan. You can’t be a pro skier forever.”

Kai said he had no set goals for the distant future. In one breath, he said he could quit skiing in three years if it is no longer fun. An instant later, he suggested that he wanted to be ranked with the legends of the sport, like Tanner Hall, an American who as a 17-year-old won a freestyle skiing gold medal at the 2001 Winter X Games and then won six more golds by 2008. Simultaneously, Hall began a celebrated film and endorsement career.

Reached in his native Montana last week, Hall, now 37, said he knew all about Kai Jones’s exploits, which he called “refreshing,” even as he wondered if there might be much more pressure on his youthful successors.

“With all the social media and how many eyes you’ve got on you, it’s going to be a whole lot harder,” Hall said. “Our generation was more of a party generation, and you can’t do that anymore. I’d win a competition and then spend 10 percent of my earnings on drinks that night.

“I was the kid who said skiing wasn’t a business,’’ he added. “Well, you know what? It is, but you have to be a good role model and good to yourself and good to other people. With the team that Kai has behind him, he has the upper hand. He just has to stay focused.”

On a recent walk through the busy village at Jackson Hole, where the gaggle of A-listers can include the Kardashians and Justin Bieber, Kai Jones was repeatedly stopped by children roughly half his age who wanted to pose for pictures with him. Others wanted him to sign their ski helmets, while their mothers and fathers waited for selfies as well, even though they would tower over the photo’s centerpiece.