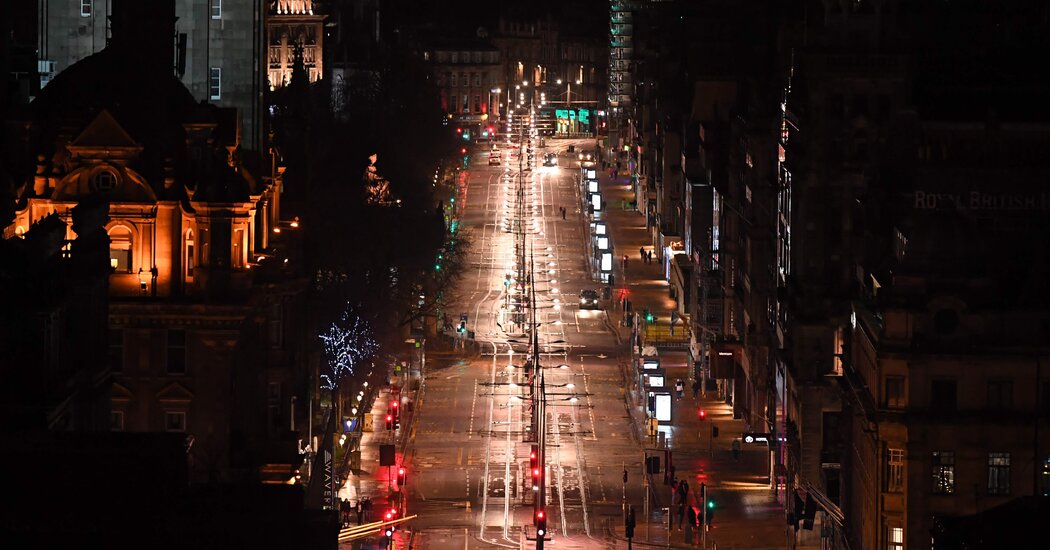 Citing a steep increase in coronavirus cases and pressure on the National Health Service, Scotland’s first minister, Nicola Sturgeon, announced a new lockdown on Monday that will last until at least the end of January.

She said the new rules hew closely to the lockdown that was undertaken in March, and were necessary to contain the virus as vaccine distribution plans get underway.

People have been ordered to stay home beginning at midnight except for essential reasons, such as for caregiving responsibilities or exercise. Most students will move to remote learning until at least February. Beginning Friday, houses of worship will close, with exceptions for weddings, civil partnership ceremonies and funerals.

The new variant of the coronavirus accounts for almost half of new infections in Scotland, Ms. Sturgeon said in Parliament, adding that the country recorded 1,905 new cases on Monday. She said that Scotland was about four weeks behind the rapid acceleration that is being seen in London because of the variant.

“It is no exaggeration to say that I am more concerned about the situation we face now than I have been at any time since March last year,” Ms. Sturgeon said.

The new rules will apply to all areas of Scotland currently under Level 4 restrictions, which is all of mainland Scotland. The government said that island areas in Level 3 will remain in that lower designation.

At the same time, a mass vaccination campaign is making headway. More than 100,000 people in Scotland have gotten their first vaccine dose, Ms. Sturgeon said.

“There have been two significant game changers in our fight against this virus,” Ms. Sturgeon told lawmakers. “One, the approval of vaccines, is hugely positive and offers us the way out of this pandemic. But the other — the new, faster-spreading variant of the virus — is a massive blow.”